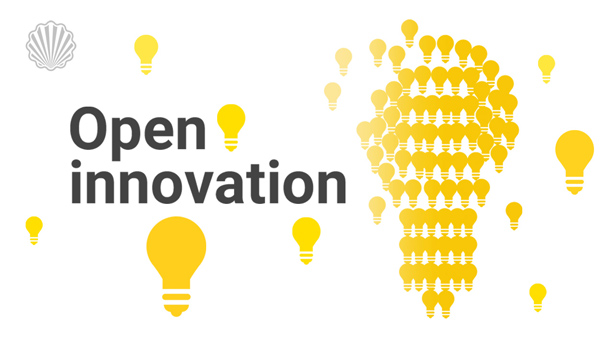 Technological progress in the 20 century, resulted in the intensified competition that has caused businesses to often face challenging situations. there are plenty of ideas and the best time to innovate, but the efficiency of inter-organizational research becomes less and less on the other hand. Although innovation is so important, the traditional process of innovation management is no longer works, applying resources of many technology-based firms to generate valuable ideas depends on a new approach to innovation. “Open innovation” is a concept that is examined and analyzed in this article.

Large investments in research and development activities have become a key requirement for today's businesses due to the highlighted role of knowledge and technology in human life, and having numerous examples of significant successes of technology-based firms such as Apple, Microsoft, Google, Amazon, and Tesla. However, despite the rising cost of research and development, the innovative output of companies did not meet expectations. This complicates the story, take into consideration the development of knowledge and the proliferation of creative ideas. There are resources available to develop and commercialize innovations, and there are plenty of new ideas, so what's the problem? What is the reason for the decline of innovation in leading companies?

According to Thomas Cohen, this phenomenon means a paradigm shift of knowledge commercialization in companies which, Henry Chesbrough, creator of the concept of open innovation, refers to as "closed innovation." Closed innovation emphasizes the control of the innovation process: "generate their own ideas, develop them, build them, market them, distribute them, service them, finance them and support them on their own". It is understood that the company needs to finance its own idea and commercialization itself. Final success in distribution innovative products means massive profitability and on the other hand, the biggest risk a technology-based firm faces is the failure to commercialize innovation that can even affect a business's survival. The main logic of closed innovation is an internal focus. in other words:

·       It requires to attract the best and intelligent people in the industry;

·       Providing innovative products and services depends upon our success in discovering and developing;

·       Discovering the idea and developing innovation lead to overtaking competitors;

·       A company that is a leader in marketing innovation will win the competition;

·       The company that invests the most in research and development activities, make ideas discovery easier, and becomes a market leader.

·       Protecting intellectual property means having the right to control them in a way that competitors are not able to take advantage of the company's innovative ideas.

Closed innovation creates the consecutive cycle consist of R&D investment, technological developments, new products and services, and ultimately increased sales and profitability, which, in turn, leads to further investment in new ideas and the cycle continues. Although at first sight, the process may seem easy and efficient, some changes in the business environment caused the foundations of closed innovation to become somewhat weak.

The skilled labor movement is one of the main reasons for the inefficiency of closed innovation flows in companies. experienced employees leave their jobs with the aim of achieving better job benefits (material and spiritual) and transfer all the knowledge and technological capabilities to the new company. That company for these valuable sources of innovation pays nothing to the prior company.

The development of educational and academic research and the increasing number of university students is also effective. the knowledge resources available to the industry have become more diverse and the monopoly of knowledge of the research and development centers has been somewhat eliminated because of a rapid increase in university graduates. Obviously, this elimination of monopoly can limit the return on investing in innovation and commercialization in the form of new and exclusive products.

Another change in the Area of Innovation is the growth of venture capitalists who seek to support start-up and high-tech companies to compete with large technology-based companies. before the acceleration of startup activities, large companies were the sole suppliers of research resources in the industry, which, exclusively, also has benefited from the results of this innovative research. but investing in high-tech startups has changed the whole story and become an agile and highly innovative competitor for these large companies.

The combination of these factors, along with shorter technology life-cycle (TLC), Continuous increase in customer and supplier knowledge affected the profitability of Intra-company innovations and, as a result, the benefits of closed innovation, given the risk of failure to commercialize innovations was not affordable. it is where the new innovation paradigm, called open Innovation, comes into play. open innovation is a concept, introduced ﬁrst by Chesbrough, a professor at the University of California, Berkeley in 2003. he defined it as follows: "open innovation assumes that firms can and should use external ideas as well as internal ideas, and internal and external paths to market, as they look to advance their innovations".

Open innovation combines both external and internal ideas to create value while defining internal mechanisms to claim some portion of that value. It should be emphasized that open innovation does not mean abandoning innovation within the company, open innovation only emphasizes looking at the inside and outside of the organization. Although ideas can still be started or developed under the company's research and development programs, some of these ideas may leak out at different stages.

For example, the reasons for the leakage of ideas and the results of this penetration to the outside of the organization are: start-ups can be launched by employees of the large company, the technology license agreement can be formed, or even employees who have left the organization are joined another company. However, ideas may be transferred from the outside into the inside organization in various ways, such as attract new knowledge workers, purchase of exploitation rights of advanced technologies, or even acquisition of start-ups, particularly those working on new technology associated with the company's business model.

Unlike closed innovation, which can only prevent "false positive" (agreeing to the project deemed to be "successful", but that ultimately fails), open innovation also prevents " false negative" (terminating project on the assumption that it will fail and then ultimately proves successful). The reason is that the value of such innovative ideas would be shown in the combination of other ideas, especially external ones, that such an opportunity does not exist in closed innovation.

there are some key differences between principles of open innovation and closed innovation. for example:

3.     Profitability in closed innovation means that if we discover it ourselves, we will get it to market first. While in open innovation, we don’t have to originate the research to profit from it.

"Intellectual Property Rights" and "open Innovation" can be considered as two seemingly contradictory concepts in the field of innovation. On the one hand, open innovation focuses on technological collaborations and cooperation including sharing experience, and on the other hand, Intellectual property rights protect innovations and provide the right to prevent others from using the IP. But studies show that apparent contradiction is virtually non-existent in the organizational innovation processes, and intellectual property rights allow technology-based firms to conduct the most effective open Innovation projects.

Many companies that have adopted closed innovation have underestimated decision-making on patent protection and licensing of technology and leave it to their legal department. Open innovation-based companies, on the other hand, consider intellectual property as an integral part of their technology strategy and emphasize that the company's strategic position should be managed. These companies are not only willing to sell their intellectual property and profit from it, they also buy others’ IP and fully aware of them.

Open innovation-based companies have acknowledged that cannot control technology exclusively in the long run due to the shortening of the life cycle of technology and exacerbation of the competition for the development of new innovations and the flow of knowledge dissemination is so widespread that it must be based on the premise that: "knowledge is disseminated and imitated quickly".

In this respect, the ability of absorption and apply knowledge is the priority of technology-based firms; what can be called "metabolism of knowledge" or in other words, "technology absorption capacity". closed innovation-based companies have faced serious challenges due to the rapid spread of knowledge and the growing popularity of the open innovation paradigm. They attempted to market their seemingly valuable intellectual property as soon as possible, but making a decision in haste and the introduction of new technologies may reduce the sales of the company's previous technologies. On the other hand, it is possible they may retain technological advances so that competitors do not reach them and market them at the right time. This late move can also lead to much higher costs. On the one hand, the competitors' market share and customers would increase, and these customers as resources for competitors make the situation difficult for the company. On the other hand, researchers and innovators of the company see that the ideas, which have been developed by them, have not entered the market according to the marketing and sales manager decision-making with the justification of sales in the future and more profit margins and as a result, researcher's motivation strongly is decreased for further innovations.