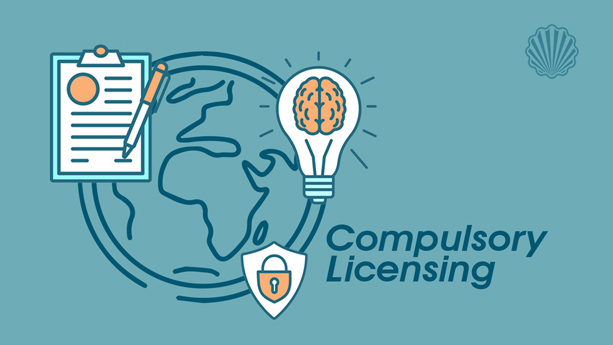 By taking into consideration the public interest, governments may grant the license for exploitation of certain patents to other companies, compensate patent holder rights by a fair royalty for patent holders. This is done through the issuance of compulsory licenses, which in the present article, we examine its various dimensions and aspects.

Although the main functions of a patent system are the protection of intellectual assets and inventions, one of its strategic aims is to generate revenue by licensing. Licensing often appears to be a quick and easy alternative to the hard and fitful process of technology development and commercialization. This will be especially important for independent inventors, small-scale business-owner, and even universities and research institutes that have new technologies or innovative products but lack the resources to develop and market them.

Today, the licensing strategy is widely used, and in fact, licensing for exploiting patented technologies is one of the pillars of technological collaboration between academia and industry, and even small businesses and startups with large companies.

Widespread use of licenses by universities and research institutes has been a common path for commercialization these days. In the past, educate and researching were the two main functions of universities. At present, alongside their traditional roles in training and researching, universities are generating value-added research and shaping entrepreneurial university has been their outcome. Since they normally do not have the resources to commercialize and exploit the patent (financial resources, management skills, and technological and production capabilities), they can benefit from their research results by licensing.

In the meantime, although the patent holder has the right to license the patent under the required conditions and collect royalties, there are also some limitations. For example, licensing, especially concerning specific conditions according to patents standard, must be fair, reasonable, and non-discriminatory (So-called "FRAND").

The license can even be granted without the consent of the patent holder, in the emergencies. Governments may grant the license for exploitation of certain patents to other companies, take into consideration the public interest and fair royalty for patent holders. This is done through the issuance of compulsory licenses, which in the present article, we examine its various dimensions and aspects.

What is compulsory licensing?

A key element in the license agreement is that the patent holder can determine terms and conditions of the agreement (exclusive or non-exclusive, technical and support requirements, and most importantly, the royalty rate of the patent), which must be fair, reasonable and non-discriminatory.

Now, imagine that a pharmaceutical company has achieved a very important medical technology and has obtained patent protection in different geographical areas. If a new disease emerges in one of the geographical areas that the patent protection was sought and health becomes a serious challenge for the society, can patented technology eliminate the challenge? What is necessary to do?

You might say to yourself that the answer is in licensing.  Exactly right. But if, for any reason, the patent holder does not agree with the potential licensees or, in a pessimistic way, the holder of the patent is not willing to grant a license voluntarily under these circumstances, what would be the consequence for the public?

The main item of the patent system is based on the ownership of intellectual property rights and preventing others from exploiting the patented technology in favor of the patent owner. Therefore the exclusive right resulted from the patent, can increase the motivation of innovators and inventors for further innovation. However, another aspect of the patent system is the focus on the public interest and benefiting the public. The requirement of invention disclosure let to make a balance between the interests of inventors and the interests of society; compulsory licensing in some condition could help to make a desire balance.

As abovementioned, the compulsory license of patent allows governments to transfer the right to others for exploitation without the patent holder's consent. Advanced technologies are usually available in developed countries. The compulsory licensing is the main issue of developing and least developed countries' government on one side and the owners of patented technologies in these countries on the other side.

However, this is not always the case, history reflects the same issue in which the German chemical companies under pressure from the US government, were forced to grant compulsory licenses to American companies after World War I.  (In this case, according to the Law of Commerce with Conflicting Governments passed in 1917,  US decided to make all 4,706 enemies [German]-owned US patents available for the public in form of  compulsory licensing)

The emergency such as disease and health problems in different societies causes serious harm to society so and government intervention and compulsory licenses would be necessary; In recent years, many developing countries seeking access to essential pharmaceutical therapies through compulsory licensing policies of foreign patented products. Countries including Brazil, Malaysia, Zimbabwe, Mozambique, Zambia, Ghana, Indonesia, Thailand, Rwanda, and Ecuador have issued a compulsory license for HIV/AIDS drugs and provide them to domestic consumers.

Thailand and India have practiced compulsory licenses and authorized a national drug manufacturer to make and sell a generic version of a patented cancer drug instead of the drug patent holder. The latest example is Coronavirus, a new virus called Covid-19, which led to some of the many economies in the world want to issue compulsory licenses for pharmaceutical products related to Covid-19.

It is worth noting that such policies, on the one hand, can lead to the promotion of innovation by intensifying competition, and on the other hand, may lead to weakening innovation by increasing the financial risks of research and development activities and reducing the expected return for the patent holder company.

The influence of implementation policy and the seriousness of the cases has become one of the hottest topics among intellectual property experts. Some researchers, due to health issues in developing countries, are found to be more likely to believe compulsory licensing as a means to ensure access and affordability of crucial medicines and to increase relative welfare. In contrast, some business activists have emphasized the negative impact of the compulsory licensing policy on the expected return in research and development activities, and consequently, reducing incentives for innovators and inventors which weaken innovation in the long-term.