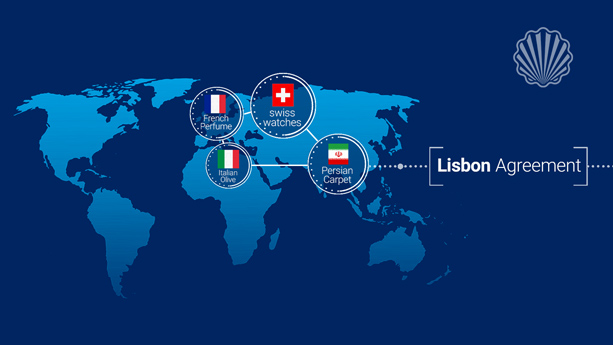 most people when hearing the terms of intellectual property rights (IPRs), their minds go around patents, trademarks, or copyrights. There are few people normally know another type of IP right which is less known for public compared to the above-mentioned types; e.g. “geographical indication”. The geographical indications are an important and key element for the protection of goods and services that indicate the geographical origin that has offered to the market.

There are many examples of different products and services that refer to the geographical origin of the product or service. The high reputation of an area to produce a service or good, is itself a good factor to motivate more customers to buy it and as a result increase in sales happens.  Gouda Cheese, Tabriz Carpets, and Bam Dates are the best examples of the assets that they are specific because of their origin.

Due to the competition that normally happens in the market and the need to protect intellectual assets, businesses and innovators try to know and welcome any protection system useful for the intellectual and intangible assets.  The geographical indications are another type of IP protection that besides patents and copyrights, could help those businesses.

This type of IP rights has led national and international IP offices to seek and facilitate the registration and protection of this category of intellectual property rights. One of the most important available tools is the Lisbon Agreement, which, under the supports of the World Intellectual Property Organization (WIPO), facilitates the registration and protection of designations of origin in the 30 member states of the Agreement.

An Overview of Geographical Indications

Geographical indications in their broadest sense include three different categories:

1. Indications of Source: A term or symbol used to indicate the specific location, region, or country that produces a product or service.

2. Name of Origin: The geographical name of a particular country, region, or place that identifies the origin of a product with specific qualitative characteristics.

It should be noted that although there are several ways to protect a geographical indication, however, in practice there are some limitations. Today, registration and protection of patents and trademarks are available to applicants in an efficient and established manner. However, for geographical indications, the situation is slightly different due to the wide variety of protection systems that are available. This challenge has led to the appearance of bilateral agreements between different countries of the world. More comprehensive multilateral agreements are another solution that normally is managed by the World Intellectual Property Organization. Under the Lisbon Treaty, the registration and protection of designations of origin are possible in 30 member parties of this agreement.

Lisbon Agreement at A Glance

As mentioned, the Lisbon Treaty was created to protect the designations of origin. The name of origin means the geographical name of a particular country, region, or place, which identifies the origin of a product with certain qualitative characteristics. In this case, the characteristics of the product relate exclusively or essentially to the relevant geographical environment, including natural characteristics, human factors, or both.

The Lisbon Agreement for the Protection of Appellations of Origin and their International Registration (Lisbon Agreement) was adopted in 1958 and revised at Stockholm in 1967.  It entered into force on September 25, 1966, and is administered by the International Bureau of the World Intellectual Property Organization (WIPO), which keeps the International Register of Appellations of Origin and publishes a bulletin entitled Appellations of origin.  Pursuant to the provisions of this agreement, the member states establish a special union within the framework members commit protecting geographical indications (in their geographical territory the originating names of the products of the other member states of this particular union). This protection, of course, is subject to initial protection in the country of origin as well as the registration of the name of origin in the International Intellectual Property Office. (Country of origin means the country where the name of the region or place is located, or the country itself could be considered as the name of origin.)

According to the WIPO, objectives of the Lisbon agreement stated as: In many countries, unfair competition or consumer protection laws contain general provisions dealing with the misappropriation of indications serving to designate products that originate in a geographical area.  In addition, many countries have also put in place special systems aimed at identifying the specific features for which such indications are known to designate the products in question and deserve special protection.  Securing protection for such indications in other countries has, however, been complicated due to differences in legal concepts existing from country to country in this regard and developed in accordance with different national legal traditions within a framework of specific historical and economic conditions.

By registering the origin name and forming a protection against any infringement, the product is protected from any usurpation or imitation of the original name (even if the actual origin of the product is mentioned or the name is translated and translated with terms such as "type", "manufacture" and "Imitation" will be protected.

A very key point about the Lisbon Treaty is that it does not conflict with other international agreements. For example, Article 4 of the Agreement states: " The provisions of this Agreement shall in no way exclude the protection already granted to appellations of origin in each of the countries of the Special Union by virtue of other international instruments, such as the Paris Convention of March 20, 1883, for the Protection of Industrial Property and its subsequent revisions, and the Madrid Agreement of April 14, 1891, for the Repression of False or Deceptive Indications of Source on Goods and its subsequent revisions, or by virtue of national legislation or court decisions.”

Another interesting point in the Lisbon Treaty is putting restrictions on converting of designations of origin (Geographical indications)  into the common names. According to Article 6 of this Agreement, An appellation which has been granted protection in one of the countries of the Special Union pursuant to the procedure under Article 5 cannot, in that country, be deemed to have become generic, as long as it is protected as an appellation of origin in the country of origin.

It should be noted that if the name of a geographical location only identifies a particular type of product and is not used to refer to the origin of that product, a geographical indication no longer means a kind of intellectual property rights. "French sauce", for example, only refers to a specific type of sauce, and the various brands that produce it will not claim to produce the sauce in France. "French sauce" is a general term that refers to the type of sauce, not where it is made. Another popular example of a common symptom is " dijon mustard ". This product was mined many years ago in Dijon, France, and after many years, today it is used only to show a certain style of mustard and is naturally produced in many geographical areas.

The procedure for registering and protecting Geographical indications under the Lisbon Treaty is such that a designation of origin, at the request of any public or private entity who has the right to use the product/services designated of the origin,  before IP offices of the Agreement parties and in accordance with national laws and regulations taking place.  The International Bureau shall promptly notify such offices of such registrations to the offices of the Union and shall publish them in a journal. Other offices will be able to formally declare their support of this designation of origin. Otherwise, this shall be subject to the notification of reasons to the International Bureau within one year of the receipt of the notification of registration, after which the offices of the member States of the Special Union may not object to it.

One of the characteristics of the registration of designations of origin under the Lisbon Treaty is the payment of a single registration fee, which according to the provisions of this agreement, there will be no need to pay other amounts to renew it. According to the World Intellectual Property Organization, the cost of an international registration is equal to 1,000 Swiss francs, which will require a payment of 100 Swiss francs to receive any written information about the contents of this international registration.

By the beginning of 2020, 30 countries have joined the Lisbon Treaty, including France, Hungary, Italy, Mexico, Portugal, and Peru. Iran also joined the agreement on March 9, 2006, which, given Iran's enormous potential in terms of origin, is a smart move to further protect the country's intellectual assets.

It should be noted that Iran, due to its ancient history and civilization, great climatic diversity, ethnic diversity and special geographical location (the Silk Road in the past and the intersection of international highways in the current world), in its different regions and provinces, different unique products are produced and many of them have the potential to be registered as a special geographical indication.

the bill on Iran's accession to the Lisbon Treaty was sent by the parliament on December 9, 2005, and the said Agreement entered into force, on March 9, 2006.

The interesting thing about the member states of the Lisbon Treaty is the absence of many leading countries in the field of intellectual property, including China and the United States. In addition, among the Asian countries, only Iran and North Korea are members of this agreement, and the absence of other countries, especially the countries of Southeast Asia, is evident.

Moreover, The list published by the World Intellectual Property Organization lists 35 countries as members of the Lisbon Treaty, including Greece, Haiti, Morocco, Spain, and Turkey (as early signatories to the 1958 and 1959 agreements). But they are not currently of those active members.