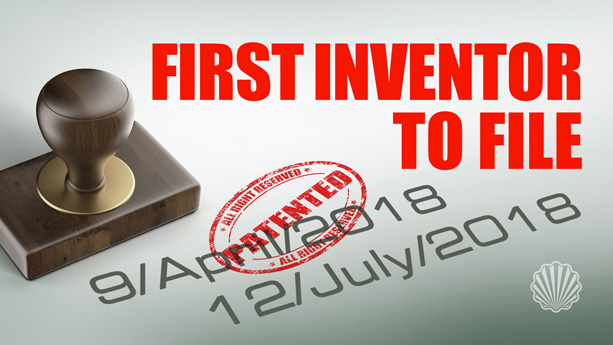 First To file vs First to Invent

Inventions are the basis of innovation. An invention is a new solution to a technical problem and can be protected through patents. Patents keep the interests of inventors whose technologies are truly revolutionary and commercially successful, by confirming that an inventor can control the commercial use of their invention.

With the increase of competition and the increasing dominance of knowledge and technology in various industries, patents or patents have become a key asset in today's businesses. Companies, with huge investments in research and development activities to produce innovative products and processes, are working hard to surpass their competitors. The competitive environment besides creating motivation for innovators around the world has practically turned into a hard marathon over innovation.

But what guarantees the success of leading companies? In the field of emerging technologies, where a large number of different actors are trying to achieve technical innovations and innovations, perhaps several competitors are simultaneously developing technology. The success of those who will benefit from the new innovation depends entirely on the patent system's approach and the concerning rules about determining novelty.

Novelty means "new compared to prior art"; it declares the requirement that to be patentable, an invention must somehow be different from all published articles, known techniques, and marketed products. Therefore priority in the invention is too important for determining novelty.  But how priority could be proved?

Invention or patent; which is the priority?

One way to prioritize a patent is to determine who did the invention earlier. At first glance, this approach may seem reasonable; an inventor who earlier developed an idea and achieved a practical and new invention would be entitled to enjoy the patent. But how can one determine that an inventor has achieved a new invention or technology earlier than others?

This is explained in the patent literature by the legal term "First to Invent" OR FTI, which indicates that any person who has developed it earlier than others will be entitled to a patent. In the past, some systems, including the U.S. Patent and Trademark Office, have used this approach to prioritize patents.

The US alternative to the FTI is the priority approach to registration, called the First to File, or FTF. This system can be considered as an accurate description since determining priority is not involved hard efforts to prove the first in the invention. It needs to determine all shreds of evidence that might be lost accidentally or abandoned as its importance was not clear for the inventor at the time of inventing. To further clarify this issue, the following example can be considered:

An employee of Company A is completing an invention in April and is trying to implement it. In August of the same year, he filed a patent to protect the above-mentioned patent. On the other side of the story, an employee of Company B, totally independently, is implementing a similar invention in June and registering it in July. According to this circumstance, who will own the patent?

Under the previous U.S. Patent and Trademark Act (AIA), Company A holds the patent because the company employee has priority in the invention. However, the conditions for granting a patent under the new law will be a bit more complicated. According to the new law, which came into force on March 16, 2013, if company "A" has no disclosure of the content of the invention before August (date of patent registration), in this case, company "B" with Considering priority in registration, can be recognized as a patent holder who has priority right on that invention. However, if Company A disclosed the invention in detail, prior to disclosure or registration by Company B, under such circumstances Company A could be considered as a patent holder, even if Company B »has applied for a patent earlier.