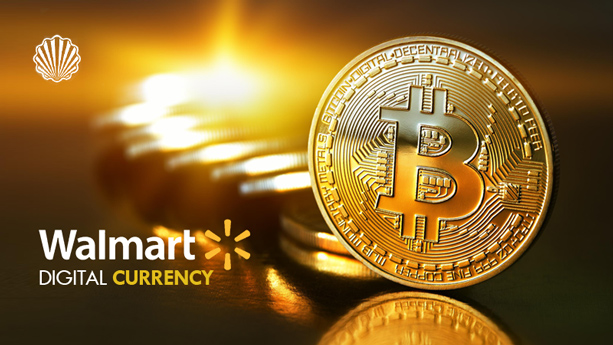 Walmart is looking for the proper digital currency in the US market. The retail giant, one of Amazon's fiercest rivals, has filed a new patent that outlines how to make a digital currency unit by linking it to a regular currency. It seems that this exciting program is similar to Facebook's new project called Libra. It could make a big difference in the financial transactions, especially for those who do not have proper access to banking services.

According to Walmart's new patent, filed January 29 at the US Patent and Trademark Office and recently published under "US20190236564", digital currency unit data storage is done via blockchain technology, making it possible for users to buy and sell through this currency unit. Thus, the purchase history of digital currency users is stored through blockchain technology and can be used for discounts on subsequent user purchases (customer loyalty programs). The possibility of omitting a credit card or converting it to pre-approved biometric (such as fingerprint or eye pattern) is another interesting feature of Walmart digital currency that actually turns a person into a credit card associated with their digital bank.

One of the most important benefits of Walmart digital currency is that it allows people with limited access to banking services to use Walmart retail network quickly and easily. According to Walmart’s manifest, "With digital currencies, low-income families who find banking services expensive will have an alternative way for managing their own income sources to meet their daily needs".

Retailers like Walmart, have long been looking for ways to reduce payment costs to payment networks, such as Visa and Mastercard, and the idea of ​​Walmart digital coin can be a big step in that direction. Walmart, however, has stated that it has no serious plans for imminent commercialization of the patented idea.

Walmart currently uses blockchain technology to track certain products, such as leafy greens, prescription medicines and vaccines. The company has also filed other patents in the field, including the possibility of creating a blockchain-based market for resale of purchased products.