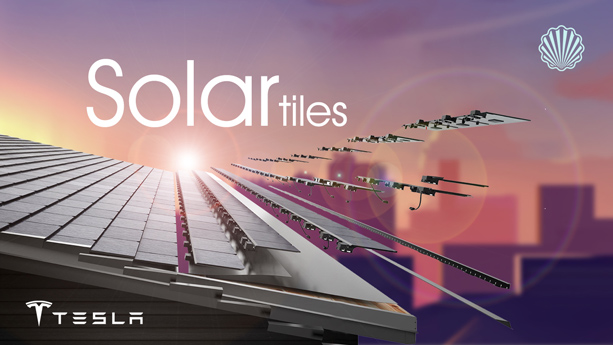 Tesla is planning to reduce the installation time for its innovative solar roofs. The company's new patent application provides a new viable, efficient and commercial solution for attaching solar roof tiles to each other.

Earlier this year, at a Tesla’s shareholder meeting, the CEO, Elon Musk, said that the company is testing a new series of solar roof tiles, Solar Roof V3, which will have installed in eight US states. Although he pleased about the cost and cost-effectiveness of these modern solar cells, however, installation of these tiles still requires considerable costs. Due to this huge problem, Tesla has been trying to simplify the installation process as much as possible. Tesla’s final plan is to access a new applicable method that make installation possible at the same time for installing usual tiles (5 to 7 business days). However, the current estimated time to install Tesla’s products is around two weeks.

For solving this challenge, Tesla filed a new patent application that offers a unique method to connect solar tiles properly. The patent documents, filed in February 2018 at the US Patent and Trademark Office and recently published under "US20190260328". Tesla’s new innovation introduces a special capability for installing solar cell modules. In this design, a semi-rigid joint is considered for connecting two photovoltaic roof tiles. The new designed joint provides easier connection of each components to one another at an appropriate production scale.

Without negotiation, use of solar panels on the building’s roof has been becoming quite common. While, this is generally done by installing additional equipment, Tesla's proposed method does not require the use of any additional equipment. Actually, in Tesla’s achievement the roof components themselves constitute solar panels. It is expected that this approach is going to reduce the overall costs for homes equipped with the solar cell technology. Increasing visual appeal is another features and benefits of the new approach.

Besides to the several advantages of the Tesla’s new product, it should be considered that current price for this technology is relatively high yet. However, Tesla believes that considering the cost savings generated by the use of these products, their prices will be logical. In addition, the cost of installing these advanced tiles will significantly reduce by using described method in the patent. In the meantime, we have to wait and see the final story for commercialization process of this advanced product.