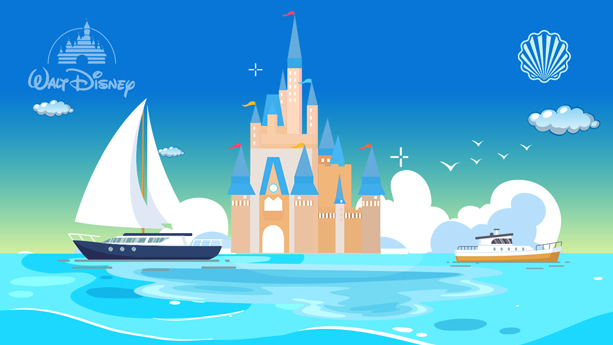 Today, using patent systems for protecting a variety of innovations and advanced technologies, including pharmaceuticals, self-driving, new processed plant varieties and even some distinctive and innovative business models, is common among technological companies, government and research agencies and even individual inventors. The notion that toys and children's amusement parks’ equipment are patent protected seems a little odd. However, the widespread use of well-known companies such as Walt Disney, shows that innovation will not be limited to type of products and their costumers’ age. The company in its latest patent application, described a new, unique system for stopping and restarting a boat that accelerates boat’s reactions. It seems that the described system will be used in the company's amusement parks, known as Disneyland.

The patent, was filed in late February 2018 in US Patent and Trademark Office and recently was published under US20190262728. Disney’s new innovation introduces a new mechanism called "capturepult" for stopping and re-launching boats. This mechanism will replace the traditional boats’ stop system and increase its operating speed.

Although the exact time for commercializing the new technology is unclear, however, with considering other Disney’s innovations and the company’s policies for industrial using of patents, it seems that use of new boats at Disneyland is not so far. It is notable that the company also recently filed other patents for its amusement parks, including an “interactive tower ride” and a “rotating lift with stacked rooms”.

It should be noted that in recent years, Walt Disney has used the patent system for a wide and variety range of his childhood patents. Filing some applications for “Captain America's shield” (a symbol and superhero for justice and freedom) or “Sword Device with Retractable, Internally Illuminated Blade” (a sword for using in company’s Star Wars Land) are good examples for illustrating company’s policy. The company has also developed a unique system for detecting people in Disneyland parks based on their toes’ shape and size which provide a unique personal experience for visitor. When a new visitor comes to the park, the system detect them with using several installed sensors and roaming robots throughout the amusement park can greet them with their own names and even offer their favorite characters, food and amusements.