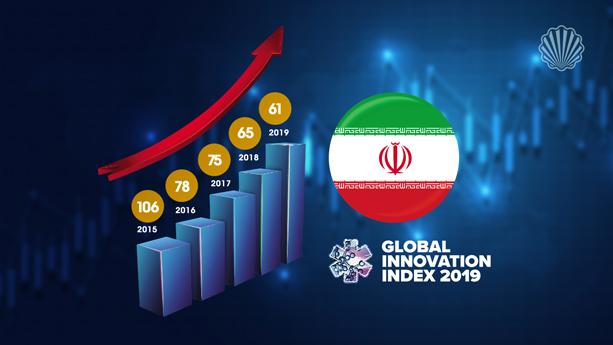 In the present century, innovation is a key factor has been affecting on countries growth and development. In the current knowledge-based economy, which competitions are intensified, technological changes have extremely high rates, and technology is widespread in all aspects of human life, the successful countries will consider innovation as their forefront strategies and policies, and more importantly, will plan seriously for commercializing these innovative achievements in the most optimal possible route.

Iran, as one of the developing countries that is eager on economic growth and industrialization, understands the importance of innovation and has moved forward in recent years. One of the best examples of this continuous progress is the country’s promotion in the Global Innovation Index. Iran has joined to the WIPO’s evaluation list since 2011. The latest report, GII 2019, ranked Iran with four steps up, as 61th in the World's Innovative Countries and second in central and southern Asia. It should be noted that Iran also experienced a ten-step jump in 2018, raised from 75th in 2017 to 65th.

A closer look at Iran's GII 2019 scores shows that the country has been facing significant differences in terms of innovation input and output sub-indexes. The country is ranked as the 86th innovative country in innovation input sub-indexes with score 39 and in the 47th position in innovation output sub-index with score 29.85. This remarkable deviation significantly illustrates the relative efficiency in the country’s innovative investments and the optimal output of these investments. It should be noted that Iran has achieved an overall score of 34.43 and is ranked higher than countries such as Brazil, Saudi Arabia, South Africa and Qatar.

Careful review of Iran's performance shows that the country is much better in terms of “human capital and research” among input sub-indexes, including institutions, infrastructure, human capital & research, market sophistication, and business sophistication. Iran's score in this sub-index was 37.6, and with two steps up from last year's report, ranked as 45th. However, Iran is ranked as 116th in the institutions sub-index as the worst among all indexes, with score of 48.8.

An interesting point in the evaluations of Iran's performance is its extremely proper situation in tertiary education as an important parameter in human capital and research sub-index. In this indicator, Iran is located in the second place with 62.6 points due to the number of graduates in science and engineering (43.9 points and third in the world).

Among the output sub-indexes, including "Knowledge and Technology Outputs" and "Creative Outputs", Iran is scored 27.2 and 32.5 and the country is ranked 46th and 45th in the world, respectively. Iran has experienced a big jump in these two sub-indexes in recent years, reached from rank 90th and 116th in 2015 to the current positions. The development of the innovation and entrepreneurship ecosystem, as well as support of knowledge-based companies, and launch and operation of start-ups in various economic sectors have played a valuable role.

On the whole, these ranks indicate that there is a lack of coordination among the major components of innovation in Iran and this also influenced on the final output of the innovation ecosystem.

Paying more attention to the regulatory environment (especially Regulatory quality), political environment (political and operational stability) and business environment (ease of starting a business), as the three main components of institutions sub-index, can be very effective in promoting Iran's ranking in this index. In addition, one of the key factors for improving Iran’s position in terms of infrastructure is improvement of investments. 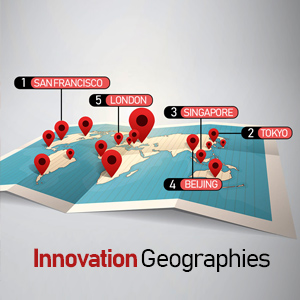