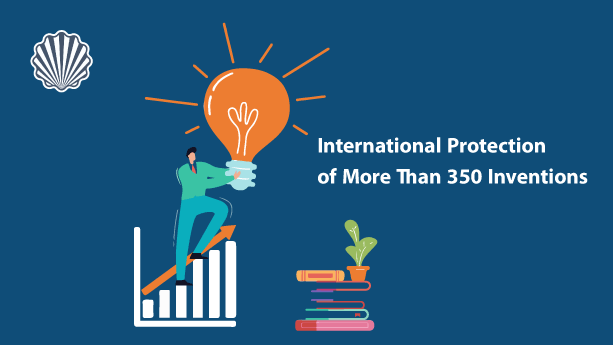 Aiming to support international protection of Iranian inventions as a tool for gaining access to international markets, Kanoon IP has provided effective services to support national inventors/innovators since 2014 (the year of Kanoon IP establishment).

Alongside becoming the main active entity in promoting Intellectual Property inside the country, Kanoon IP has nominated as the most active body in supporting inventors/innovators overseas protecting their inventions.

Kanoon IP supports the national inventors and innovators to protect their invention outside the country, either via technical and financial supports. The technical supports are those assists that help the inventors to draft their invention applications, file in the foreign patent offices (Or international phase of PCT system) and support the applications to resolve prosecution problems until granting at the concerned national patent office. The technical assistance is implemented by a number of qualified drafting teams and in accordance with the international standards of drafting that Kanoon IP has supported training and mentoring of the teams by hiring well-known international IP specialists.

To date, Kanoon IP has supported drafting, filing and prosecuting of more than 350 patent applications outside the country.

Among these numbers, more than 240 applications have filled in USPTO (as non-provisional), and almost 111 filed via PCT. Kanoon IP supported also a few applications filed in china and EPO. According to Kanoon IP road map that concerning IP commercialization in the future, the number of china patent filings will be raising alongside increasing the number of filing in other patent offices

Figure 1, illustrates the cumulative graph of the number of applications filed in USPTO and PCT. 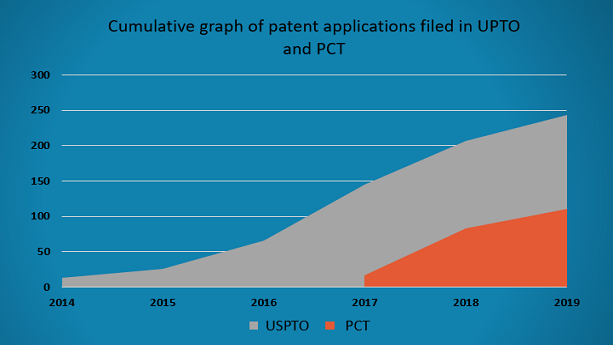 It should be noted that the supporting of the filing the national inventions outside the country has relied on certain criteria. For selecting inventions to be supported, some sorts of evaluation as well as novelty and patentability searches, are implemented (to check novelty, inventive steps, and industrial application of the inventions). These all led Kanoon IP to identify and select the most valuable inventions among all the applied inventions that are seeking overseas protection and filed in the Kanoon IP portal.

According to statistics, although the number of inventions filed in kanoon IP for benefiting Kanoon IP support to file abroad has raised considerably, on average, only 20% of mentioned the invention, are recognized as valuable inventions to supports and protect outside the country.  In another word, the 350 patent applications supported by Kanoon IP has selected among 1737 invention applications filed in the Kanon IP portal.