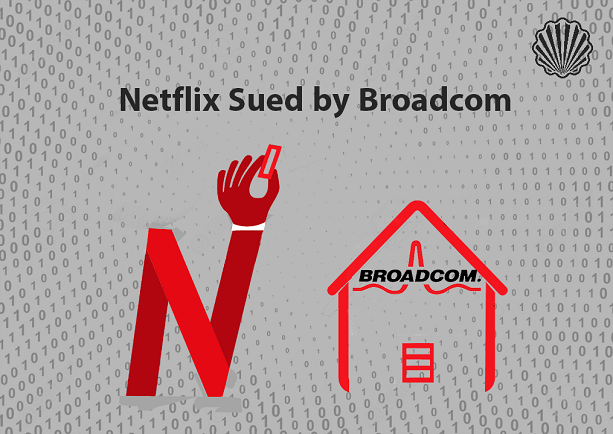 Netflix, the popular media-services provider, and production company, sued by Broadcom, for its patent infringement.

As a result of Netflix’s video streaming technology, Broadcom’s sales have been impacted due to the reduction of demands for cable devices. According to the lawsuit filed on Friday, March 13 the company has sued Netflix over patent infringements with regard to video playback and data transmission.

Broadcom in its lawsuit has alleged that Netflix violated its as many as eight patents relating to how its video playback and data transmission technologies work. The chipmaker also claimed that Netflix’s popularity has led to a decline in the sale of set-top-boxes which has further affected its chip business.

According to Broadcom’s filing lawsuit, what has happened as infringement informed already to Netflix in September 2019, but Netflix has declined to engage in a negotiation to license Broadcom’s patents.

The lawsuit states "left with no other choice, the Broadcom Entities bring this action to protect their rights and their investment in the research and development of novel technologies”.

This is not the first time that Broadcom has tried to take the legal route against the competition. Referring to its latest legal wrangle, history may not be entirely on Broadcom’s side.

Broadcom had filed a series of patent suits in 2017against manufacturers of smart TVs. However, the U.S. International Trade Commission ruled against Broadcom in the following year, finding that two of the defendants, Vizio and Sigma Designs which named in the suit, had not infringed on Broadcom’s patents as alleged, according to media reports.

Broadcom will have to show that Netflix is a different beast in the ground of antitrust. In June 2019, The European Commission opened a formal antitrust investigation to assess whether Broadcom may be restricting competition through exclusivity practices, in breach of EU rules.

The Commission intends to impose interim measures during the investigation with regard to TV and modem chipset markets.