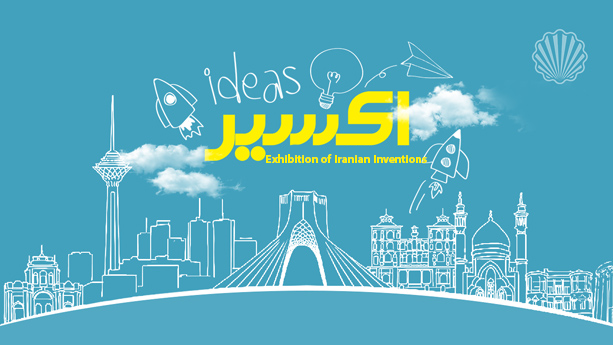 Kanoon IP, with its overarching goals of promoting the culture of the invention and innovation in Iran, will hold its first exhibition entitled “Exhibition of Iranian inventions " or “EXIR”, in 2021’s first three months.

EXIR aims to publicize state-of-the-art Iranian inventions and provide a unique opportunity for inventors to not only introduce their invention but also visit and networking representatives from industry and manufacturers to commercialize their inventions.

The exhibition will bring together several actors among others: scientists, inventors, creatives, teachers, students, entrepreneurs, industries, and investors, all involved in the development of creative solutions to real problems, which improve the quality of life of people.

The participants in the EXIR, will exhibit their last findings and shared their experience with science development in many technological fields. EXIR has managed to play an important role in the innovative process by promoting the latest domestic techniques to all participants and emphasizing the importance of industrial legal protection for new solutions in use.

According to the Global Innovation Index (GII) published every year, Iran has had considerable progress in the innovation index during recent years. In addition to increasing the number of national patents filed in the National patent office, after becoming a member of the Patent Cooperation Treaty (PCT) in 2013, the number of Iranian inventions registered worldwide has increased significantly.

Kanoon IP has evidently raised its positive reputation among the national inventors and innovators due to its many efforts to support and providing facilities for them. Along with many attempts to improve Iran's status in terms of innovation and IP protection aimed at moving toward an innovative society, assuring that the concepts of IP rights are understood properly among national innovators (and even potential innovators such as the student), is a fundamental requirement.  With this regard, Kanoon IP has had a specific status in building IP capacity throughout the country and therefore, EXIR, alongside other services, will help to recognize the target society.

Due to the coronavirus outbreak, Kanoon IP received many requests to extend the time limit to register the inventions and participation in the EXIR exhibition, Kanonn IP extended the time until the end of April.