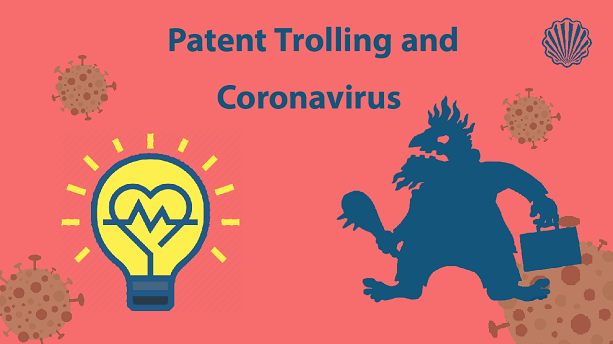 Apr 6, 2020 Trolling Patent in the Time of Coronavirus Pandemic

It could not be imagined in the time of coronavirus pandemic,  the bad patent owners could take advantage of patent law and keep the public from getting access to COVID-19 tests and treatment, but they can and will, as it has happened after coronavirus outbreak.

An unknown firm called Labrador Diagnostics LLC recently used a portfolio of old patents to sue BioFire, Diagnostics LLC and its parent, BioMérieux that make and distributed COVID-19 tests for infringing the patents it has owned. The lawsuit which was filed on March 9, 2020, asked the court to force the companies, to stop making COVID tests!

BioMérieux announced recently the forthcoming launch of 3 different tests to address the COVID-19 pandemic. This company has already finalized the development of the SARS-COV-2 R-GENE® test. This real-time PCR test is clinically validated on one type of respiratory specimen. The company submitted the test to the FDA for EUA (Emergency Use Authorization).

The original owner of that portfolio which the lawsuit has filed for its patent’s infringement is Theranos, a notoriously fraudulent blood-testing company that closed up shop in 2018. However, this company ‘s ghost (which has driven by Labrador in this case) is still haunting the biotech industry, even in the middle of a pandemic.

Although Labrador is an unknown firm, pieces of evidence show that Softbank is the real owner of this unknown patent troll firm; Softbank owns the Fortress Investment Group which bought Theranos’s IP in 2018. And the lawsuit filed for Theranos’s patent infringement.

It is interesting to know that Fortress had announced in 2018 that it had raised $400M to acquire intellectual property, so it could start suing tech companies for IP infringement. Two Giant companies;  Intel and Apple sued Fortress in the fall of 2019, alleging that various firms with connections to Fortress were attempting to shake them down for billions of dollars.

This is the common story of a patent troll process is observed hear: a company fails, while its patents live and have ability to legal mistreatment against practicing company in the same field.

Can Labrador be stopped in this situation?

In this situation, the US government could invoke Section 1498 (28 U.S.C 1498 ) which allows the government to use or authorize others to use any invention “described in and covered by a patent of the United States.” If such authorization is granted, patent owners can sue the United States, but only for reasonable compensation.

Therefore, the government could invoke this section (1498), and thereby make itself (rather than private entities) the defendant in a patent infringement lawsuit. That would save the public from the risk of an injunction that would cut off the public’s access to desperately-needed tests.