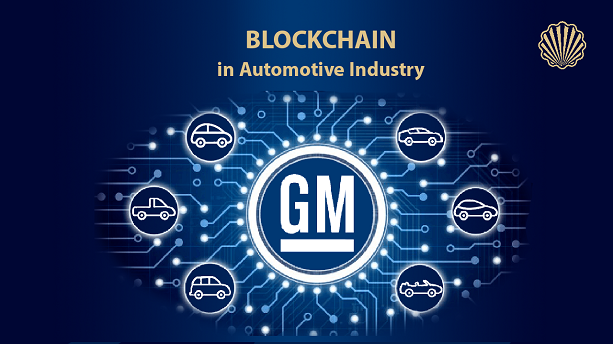 Blockchain technologies sit amongst a cluster of fast-moving technologies such as artificial intelligence (AI), internet of things (IoT) and .. that are said to comprise the Fourth Industrial Revolution. Like numerous other sectors, the automotive and transportation industry is also exploring potential applications for blockchains.

General Motors as one of the largest car manufacturers intends to use blockchain technology in building a map for the company’s self-driving vehicles.

The company has filed a patent application before the U.S. Patent and Trademark Office (USPTO) to set up a “Decentralized Distributed Map Using Blockchain.” The patent tries to solve an issue related to the dynamic feedback of mapping around a car. For the purpose of improving a driving map, there is a need to create a distributed and decentralized database, in which blockchain comes along with other features such as GPS and sensors to create routes and evade obstacles on the move.

Blockchain technology is used to record and sort the data that comes from the sensors. The invented platform will include its own sensors that evaluate and characterize the area around the motor vehicle, and a discrepancy detector to identify differences in the surrounding. The collected and stored and analyzed data by blockchain will be used to build the optimal route for the vehicle. In fact, General Motors plans to solve issues related to the dynamic feedback of mapping around a car.

For example, if a sensor detects a road change (speed limit changes, a traffic sign, etc.), the sensor would communicate this information to a perception and localization processor. The processor sequentially will communicate that information with a blockchain map to detect any difference with regard to the already registered transactions (in map data). As soon as enough vehicles/sensors communicate the same new information to the network, the transaction will be accepted as a valid change and the blockchain map will automatically update to reflect the same.

In the abstract of the invention, the map has defined as “A system for updating a distributed navigation map for a motor vehicle includes one or more sensors that evaluate and characterize a surrounding around the motor vehicle and a discrepancy detector that identifies differences in the surrounding compared to a known navigation map based on information received from the one or more sensors. The differences are transmitted to a blockchain map network.”

Prior to this invention, many navigation systems in the vehicles that provide detailed maps to the driver or the automated driving system concerning the location of the vehicle and directions to the desired destination, have already used in many motor vehicles. However, the shortcomings were its difficulty to keep dynamic without incurring a large cost.  According to general motors, using blockchain technology could solve this problem.

Blockchain technology has used already by the vehicle industry. For example, a blockchain project called PartChain recently initiated by the BMW Group. This project intends to seamlessly trace and track components and raw materials multi-stage international supply chains. PartChain controls cloud technologies like Amazon Web Services (AWS) and Microsoft Azure to allow the origin of components to be tracked between all participating partners without any risk of manipulation.

Toyota also has had already a cooperation with blockchain start-up BUID to develop a new personal ID and vehicle ID platform and nowadays is looking to expand the scope of the operation of the platform.