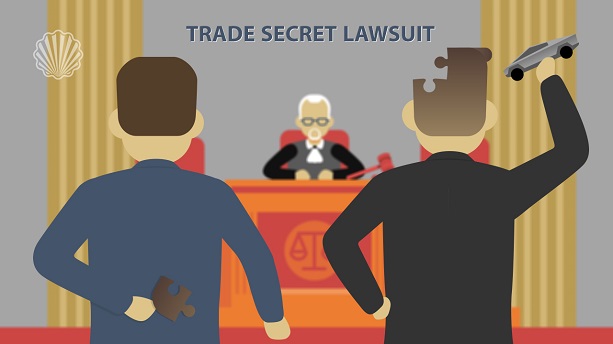 Apr 24, 2020 The lawsuit over theft of Tesla's trade secrets was settled!

The autonomous driving field is a competitive area, with frequent job exchanges, acquisitions, and allegations of trade secret theft.

Tesla had filed two lawsuits against its multiple former employees who left Tesla to work at the self-driving startup Zoox and Chinese EV automaker Xiaopeng. While both lawsuits depended on different trade secrets, but there were certain similarities between allegations of employees who had taken sensitive and valuable information before leaving Tesla.

In the first case, Tesla had claimed that its four former employees stole proprietary information and trade secrets  (by making personal copies of confidential documents) to help Zoox which needed to develop and run its own warehousing, logistics, and inventory control operations.

According to Tesla’s lawsuit, it's four former employees before joining Zoox, have made “concerted efforts “to select and steal Tesla’s own proprietary information and trade secrets and  therefore, this alleged theft was “blatant and intentional”

In the process, Tesla’s trade secrets were misappropriated by them and they violated their agreements with Tesla, and moreover, breached their duties of loyalty. According to the lawsuit, these all happened with the knowledge and support of Zoox!

However, this lawsuit seems to be settled since Zoox on Apr 14, 2020, acknowledges that certain of its new hires from Tesla were in proprietorship of Tesla documents and be relevant to shipping, receiving, and warehouse procedures when they joined Zoox and the startup regrets the actions of those employees.

Zoox said it will pay Tesla an undisclosed amount of monetary damages and undergo an audit to assure that none of its employees have retained or are using confidential Tesla information.

In the second separate case, a lawsuit had filed against Tesla’s former employee Guangzhi Cao, who was a member of Tesla’s Autopilot team and one of only about 40 people with access to the software’s source code. Tesla claimed in the lawsuit that he stole source code before unexpectedly quitting in January and taking a job with XPeng.

XPeng or Xiaopeng Motors is a Chinese startup that recently released its first all-electric SUV that’s been described as a “Tesla clone”! This naming is because of building some parts of SUV by using allegedly built using Tesla’s open-source patents.

According to the complaint Tesla claimed Cao uploaded “complete copies of Tesla’s Autopilot-related source code” to his personal iCloud account before leaving Tesla.

Cao admits he used his personal iCloud account to create backup copies of certain Tesla information in 2018, but he also admitted that he deleted certain files stored on his Tesla computer and cleared his web browser history prior to his separation with Tesla but denies that any of this activity constitutes any kind of ‘misbehavior!

We should Waite and see whether the second case also can be settled!