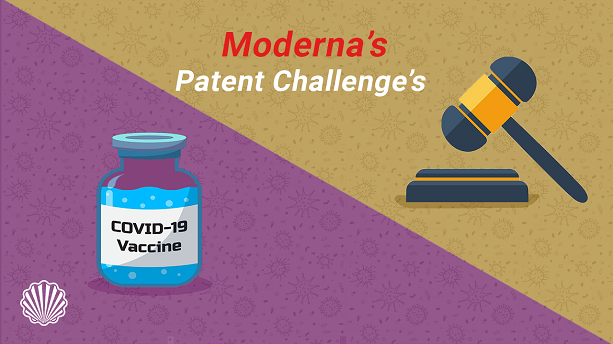 You may probably have heard about the promising results of a vaccine, developed by Moderna, a biotech company, against COVID 19, and the vaccine entering into the clinical trial phase to be tested in a larger population.

With all eyes on Moderna over its leading progress in developing vaccines against COVID-19, the company lost an attempt at invalidating a U.S. patent owned by Arbutus Biopharma.

A USPTO curt administrative court rejected Moderna’s arguments that Arbutus’s 69 patent, related to the technology for delivering mRNA vaccines, should be revoked because it described obvious concepts, Reuters.

The story behind the Moderna VS Arbutus

In 2011, Moderna was looking for an mRNA delivery system but the company didn’t have enough resources to develop one of its own. It looked at a dozen different methods and picked at least three.  Which one of them belonged to Arbutus, but Moderna turned to a small one, Acuitas, a one-man company as it's chief executive officer, Thomas Madden, to get access to license the technology.

The Acutitis was formed by Madden in 2009 after downsizing out of Tekmira Pharmaceutical and its merging. Tekmira Eventually became Arbutus and after one lawsuit, Madden licensed the mRNA delivery system from Tekmiran/Arbutus. What was happened in between was that Acuitis didn’t own the technology licensed to Moderna? The technology still belonged to a public company, Arbutus Biopharma

The case focus was on the Arbutus patent that covering lipid formulations for the delivery of nucleic acids. Moderna disputed the novelty of the idea and took Arbutus to court on the grounds that it would have been obvious at the time of the invention.

The court finally concluded that Moderna had failed to show the claims made in the patent “would have been anticipated or obvious.

IT was said by law experts that LNP technology is vital to Moderna’s vaccine development efforts, and this patent ruling would likely increase pressure on Moderna to pay for a license to Arbutus’ patent portfolio. However, it was not clear if vaccines being developed by Moderna, including the COVID-19 vaccine, infringe the ‘069 patent and others owned by Arbutus.

As a result of this disappointing patent ruling for Modern, its shares were down to 4.7%, while Shares of Arbutus improved 15.9%, in the day after the USPTO ruled in favor of Arbutus Biopharma Corp.