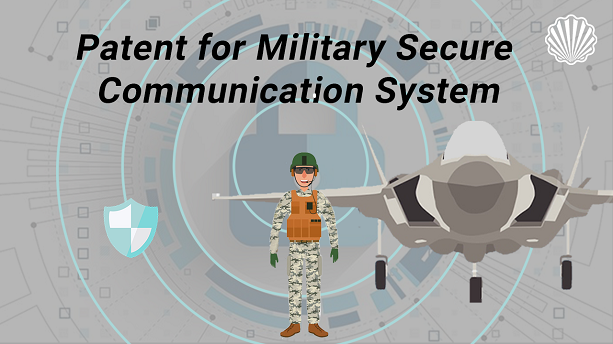 Regarding wireless communications security, authentication is one of the core pillars alongside secrecy and privacy. To maintain the integrity of communications, the receivers normally should verify that an incoming transmission did come definitely from an ally and not a malicious adversary.

An invention of a practical method for wireless devices to secretly authenticate and communicating, which developed by US Army researchers, awarded recently a patent. The patented invention is a method to perform two tasks simultaneously: verifying the authenticity of wireless communications and communicating secret information. The aim of this invention is to significantly increases an adversary’s difficulty in imitating an ally.

According to the patent, the code word chosen from the secret codebook is superimposed on the primary message waveform and is used as an identification tag so the receiver can securely and privately verify the identity of the source. Therefore, an adversary that not knowing the key, is unable to create the codebook and thus cannot reliably imitate legitimate parties. The additional information is conveyed through the choice of a valid codeword.

The army research Laboratory had already patented “wireless communication method and system for transmission authentication at the physical layer’ but it considered the use of only one valid tag for the solitary purpose of authentication. The new invention allows for a set of valid tags constructed in a way that introduces more uncertainty for an adversary and allows a small secondary message to be sent securely. Therefore, the new patent allows for greater flexibility in implementing the scheme.

Towards transitioning the technology to the soldier, prototyping the algorithms on software-defined radios currently is taking place.