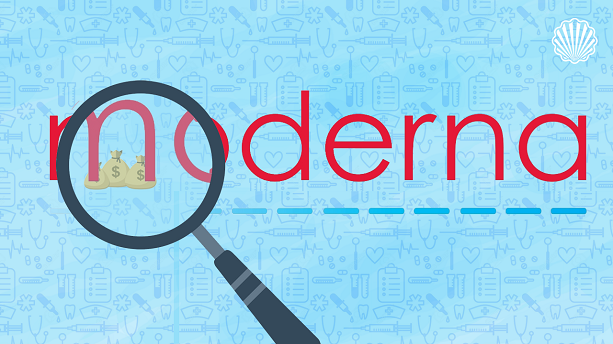 Aiming to development of the vaccine technologies, Moderna had received about $25m as grants from the  DARPA (Defense Advanced Research Projects Agency), the U.S. military agency responsible for technology projects, However, its failure to disclose getting this funding resulted in the Department of Defense’s specific scrutiny of its patents!

Moderna, a biotech company whose developed vaccine, showed promising results against Covid-19, despite many shreds of evidence that indicate it’s multiple inventions were created in the course of research by supported the DARPA awards, but none of its patent applications which assigned to Moderna, disclose any funding from US federal government.

According to the advocacy group, Moderna was obligated under federal law to disclose the huge amount of grants as financial support from the company received from the U.S. government since it led it to file a dozen specific patent applications. Governmental funding clarifies the public right over the inventions and therefore U.S. taxpayers would have an ownership stake in vaccines developed by the company. The disclosure normally changes the story of who has financed the inventive activity which is normally is the riskiest part of vaccine development.

Regarding Knowledge Ecology International's (KEI) report which reviews dozen of patents application, the company received nearly $20 million from the federal government in grants several years ago to develop vaccines to combat different viruses, such as Zika and, later, the virus that causes Covid-19.

DARPA is actively researching its awards to Moderna to identify which patents and pending patents, if any at all, maybe associated with DARPA supports. According to DARPA spokesman Jared Adams, Disclosure of federal funding in patents is necessary as it helps establish how public funds are being used, and whether any royalties are being paid to the government.

It must be interesting to know what policy Mardana, whose recent attempts for invalidating its rival company's patents were unsuccessful, will take in response to DARPA's investigations.