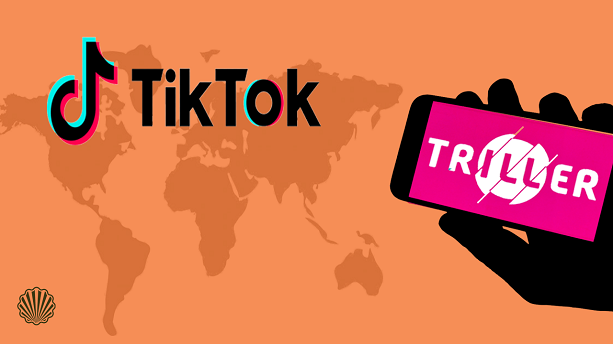 TikTok, the popular Chinese-owned video-sharing app and its parent company ByteDance sued the rival app, Triller, on Wednesday in a countersuit over patent infringement claims. TikTok filed an objection in one of the California federal courts and claimed that the lawsuit of its rival Triller, which had filed in July, has “cast a cloud” over TikTok and ByteDance.

In July, Triller had filed a patent infringement lawsuit and claimed that  ByteDance's TikTok having used its patented technology for years. the triller patent was issued in 2017 and Triller believes that Tiktok infringement after its patent granting was even huger. Triller claimes that ByteDance willfully infringed the June 2017 patent by importing and selling its app for iPhones and Android-based smartphones. Triller's June lawsuit alleges that TikTok improperly used a patented system for synchronizing music videos with an audio track.

In response, ByteDance has denied those accusations and said Thriller's claims that ByteDance swiped its tech for its own use has "cast a cloud".

As soon as fining this countersuit, Triller, a U.S.-based video-sharing app, repeat its previous claim and said the Chinese company stole its technology. The company said that it will not back down and is prepared for a hard battle in the court.

In response to TikTok’s countersuit, Triller CEO Mike Lu maintained that the Chinese company stole its technology and said Triller is prepared for a “David and Goliath” style court battle.

TikTok is one of the fastest-growing social platforms and has at least 100 million users in the United States, due to its tie to china, is battling to Trump administration effort to ban the app.  With this countersuit, the company is asking the court to rule that its app does not infringe Triller's patents.