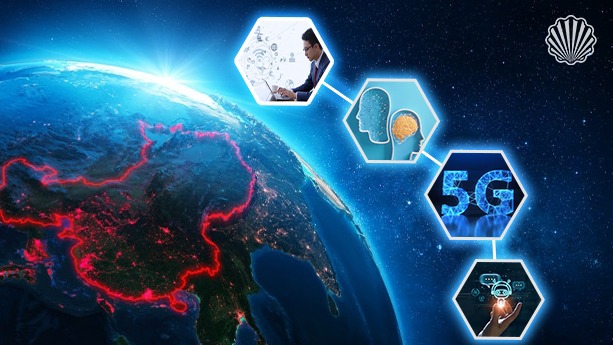 The Fourth Industrial Revolution (4IR) according to the evidence,  is very much driven by data where the previous industrial revolutions were driven by steam or oil or communication. Collections of smart connected devices, faster wireless internet, "big data" and artificial intelligence are transforming the global economy right now. It has been predicted that devices communicating with each other, or in another word, autonomously sharing data in real-time, will account for a quarter of all internet traffic by 2025.

The 4IR core is likely the result of binding the physical and digital technologies, which will allow for the creation of digital enterprises, and generate plentiful opportunities for new products and new services, and also bring greater risks.

The 4IR technologies concern smart connected objects, the Internet of Things, big data, 5G communication, and artificial intelligence (AI). According to a study published by the EPO, global patent filings for 4IR technologies increased at an average rate of almost 20 percent annually between 2010 and 2018, almost five times faster than the average of all other technology fields.

Nearly 40,000 new IPFs have filed for Industry 4.0 technologies in 2018 alone, which is more than 10% of all patenting activity worldwide that year. According to this study, the US remains the world leader in 4IR technologies integration and patenting and owns one-third of all inventions filed between 2000 and 2018.

Although the United States defended its position as the world leader in 4IR technology with 11,927 IPFs in 2018, China, which stands in the 4th position, has the highest average growth rate in 4IR patents worldwide, twice the global average.

Beginning from low levels in the late 2000s, the innovative activity of China increased at a "very high rate", with an annual average growth of 39.3 percent between 2010 and 2018.

Among the ten biggest companies in terms of patent filings which accounted for nearly a quarter of all IPFs for 4IR technologies between 2010 to 2018, There is China's Huawei in the list which follows  Samsung and LG, U.S. company Qualcomm, Japan's Sony. ZTE is the second Chinese company to move onto the list of the 20 leading companies, with the rank of 13th.

Innovation appears to be massed in regional clusters around the world. The global rankings are topped by 13 Asian and US clusters, followed by seven clusters located in Europe and the Middle East. Meanwhile, both Shenzhen and Beijing are two of the world’s most important clusters for 4IR patents. Shenzhen accounts for 3.1 percent of all patents in this field worldwide, ranking fifth, and Beijing accounts for 2.3 percent of all 4IR patents globally between 2010 and 2018.