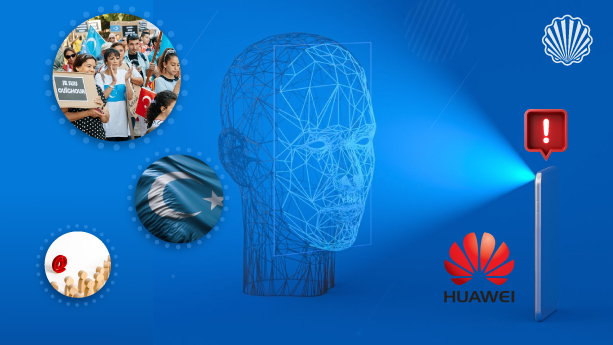 Jan 18, 2021 Does China use AI technology to Identify Uyghur Muslim!

A new report brings light to patent applications belonging to Huawei and a group of China-based artificial intelligence companies for systems that can detect Uighurs’ faces. Uighurs are Muslims who are controlled extensively by China government!

IPVM, a U.S.-based research firm that analyzes video surveillance technology, found that Huawei and several other PRC tech companies have filed patents in China for various devices and systems that include Uyghur and ethnic minority detection.

In the earlier report, IPVM in The Washington Post exposed revealed that Huawei and Megvii, a Chinese facial recognition startup, tested and validated 'Uyghur alarms'.

Uygurs or Uigurs, are a Turkic ethnic, Muslim group originating from and culturally affiliated with the general region of Central and East Asia. The Uyghurs are recognized as native [to the Xinjiang Uyghur Autonomous Region in Northwest China.

Since 2014, Uyghurs in Xinjiang have been affected by extensive controls and restrictions which the Chinese government has imposed upon their religious, cultural, economic, and social lives. They have been identified by the United Nations, United States, United Kingdom, and others as a repressed group!

Chinese technology giant, Huawei and the Chinese Academy of Sciences, a governmental research agency jointly submitted a patent in 2018 that discloses the algorithms that can be used to identify, for example, the attributes of a pedestrian. One attribute that can be recognized is “race.” Uighurs are referenced as one “race” that can be detected by Huawei’s system.

The filed patent application says in one part that “identification of pedestrian attributes is very important" in facial recognition technology.

The patent also discloses in its description, "The attributes of the target object can be gender (male, female), age (such as teenagers, middle-aged, old) [or] race (Han, Uyghur)."

Huawei however opposes discrimination of all types, including the use of technology to carry out ethnic discrimination. The company in its attempt to make "amends" has said that the ethnicity identification feature should "never have become part of the application.

According to The Washington Post, Huawei has worked with at least four partner companies to develop surveillance technologies that claim to monitor people by ethnicity. The Washington Post has claimed that artificial intelligence surveillance technology, which includes a face-scanning camera system is able to send a "Uighur alarm" to police after detecting an Uyghur.

Another patent that IPVM has found, and was filed by Chinese AI giant Megvii in 2019, outlines an image recognition system that can help label images of people in a database. According to the patent, one of the categories it can recognize is ethnicity. Megvii’s system in fact can be used to identify and label images of Uighurs, the patent states.

However, Megvii spokesperson believes that the language in its patent is “open to misunderstanding.” According to one of Megvii spokesperson “The patent application pertains to portrait retrieval and technology to re-label images that have been labeled incorrectly in existing databases. All images and underlying databases are provided and held by third parties,”