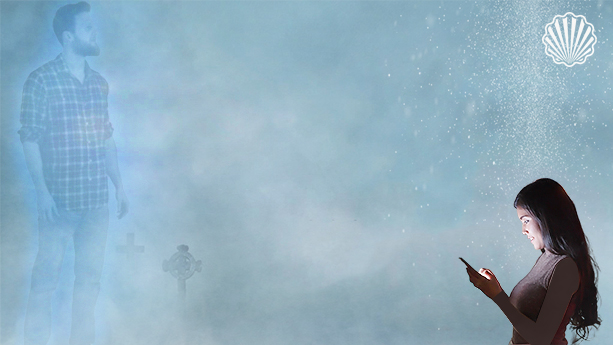 Do you wish to chat with some of your departed relatives/friends/family? Do you think this dream could possibly mean?

According to Microsoft's new Artificial Intelligence (AI) Patent, we will be able to see, hear and chat with long-gone relatives!

According to Microsoft’s new patent titled “Creating a Conversational Chat Bot of a Specific Person” conversation with dead relatives would be possible in which having 3-D motions images of departed bodies could complete with realistic voice reconstruction and distinct personality characters collect and selected from a collection of the individual's communications on social media platforms. In short, this is a chatbot with specific and novel functions.

The title is the dry but accurate title of a patent filed by Dustin Abramson and Josep Johnson Jr. of Microsoft in 2017 and approved this month (January 2020). The patent disclosed that the chatbot could use information gathered from social media posts, voice data, images, electronic messages, written letters, and other personal data provided by the individual or others acting on the individual's behalf "to converse and interact in the personality of the specific person."

Prior voice recordings combined with speech combination would be used to create a "voice font," and collected images, even if only in 2-D, can be converted to 3-D motion from depth information gathered from old photos.

In fact, the chatbot makes possible the conversation and while you conversing with the chatbot (represents the departed person), if you ask a question that there is not any or even little concrete data stored, AI and machine-learning processes would be employed to create logical and likely responses. According to the patent, this could be achieved by relying on "crowd-based perceptions" and "psychographic data."

You may think this is not new as you may have heard or seen the idea of bringing the dead to digital life: for example by using emerging holographic technology made able  Michael Jackson "performed" at the 2014 Billboard Music Awards, five years after his death! Or using CGI (computer-generated -imagery) in a movie called finding jack brought a dead actor, James Dean (the teen idol who died in a car crash in 1955 at the height of his popularity) back to life!

But Microsoft's patent differs from those examples. It would be the first time a bot would be equipped with data gathered from social media data.

The idea has caught on in tech circles. AI aims to preserve a digital copy of you for further generations. AI avatars armed with memories and stories of participants connect with social media accounts and portable devices that allow them to engage in conversations with relatives.

However, since this technology is based on data collected from social networks and the digital environment, it might not be possible to meet and chat with people who have not had much contact with these technologies, but certainly, It works in the current generation that spends most of its time in the digital world and social media.