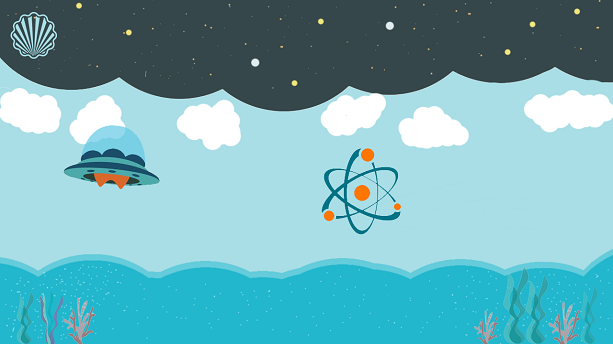 Could you imagine an aerospace-underwater craft having incredible speed and adjustability! imagine this cone-shaped vehicle can potentially fly just as well anywhere it may be, whether air, water, or space, without leaving any heat signatures. The new US. Navy patent makes this dream likely to come true!

According to a patent holds by the US. Navy and invented by the mysterious aerospace scientist,  Dr. Salvatore Cezar Pais, this technology that can "engineer" reality, formulating an ultrafast craft, a fusion reactor, and more, granted!

How does this technology work?

It seems the technology can achieve all those aims by creating a quantum vacuum around itself with a very dense polarized energy field. This vacuum would allow it to keep away any molecule the craft comes in contact with, regardless of the medium. According to the patent, manipulating "quantum field fluctuations in the local vacuum energy state" would help reduce the craft's inertia. The polarized vacuum would dramatically reduce any elemental resistance and lead to "extreme speeds,".

The nuclear reactors could produce power by splitting a nucleus into two lighter nuclei (splitting the atom), but the fusion power would involve fusing two or more nuclei together into a single, heavier element –most likely, hydrogen atoms being fused into a single helium one.

Could this technology work?

Just because something is patented, doesn’t mean it’s currently in production or even possible. However, there is some evidence that the Chinese military may also be developing similar advanced gadgets and it would not unlikely to carry out such demonstration of operability.

Moreover, although the inventor of this patent, Dr. Salvatore Cezar Pais, has been labeled a "mad scientist" by some in his field, However,  shreds of evidence show some of his most strange patents have already been tested and work!

One of his recent interesting patents is on a "hybrid aerospace-underwater craft," which supposedly has the ability to "engineer the fabric of our reality at the most fundamental level" by "seemingly bending the laws of physics as we know them."

He filed a series of the invention which have been named the "UFO patents," and there are more than just the aforementioned underwater spacecraft. All of his patents are made to work off of each other in a way that has been called the "Pais Effect." The ideas around his new patents center on, "controlled motion of electrically charged matter via accelerated vibration and/or accelerated spin subjected to smooth yet rapid acceleration transients, in order to generate extremely high energy/high-intensity electromagnetic fields."

How could such strange technology be patented?

The application was initially rejected by a Patent Examiner on the grounds that "there is no such thing as a 'repulsive EM energy field'". Obviously, the examiner believed it’s impossible with today's technology to create the unreasonable amount of energy needed to generate the EM field that would propel this craft in the manner described in the patent application. What would be needed to generate such amounts of energy is perhaps the potentially revolutionary room temperature superconductor described in Pais’ other patents and article for which the Navy is listed as the assignee.

It seems unconventional circumstances surrounding the approval of this patent while the Chief Technology Officer of the U.S. Naval Aviation Enterprise, Dr. James Sheehy, personally vouched for the legitimacy of this beyond-revolutionary aerospace technology in the Navy’s appeal to the USPTO. Sheehy guaranteed the patent examiner that the aircraft force method described in the patent is indeed possible or will be soon based on experiments and tests NAWCAD has already conducted.

Mr. Sheehy letter is available in the USPTO pubic pair where he added to his comments on this application  "China is already investing significantly in this area" and "would prefer we [the U.S.] hold the patent as opposed to paying forevermore to use this revolutionary technology" as he asserts "this will become a reality."