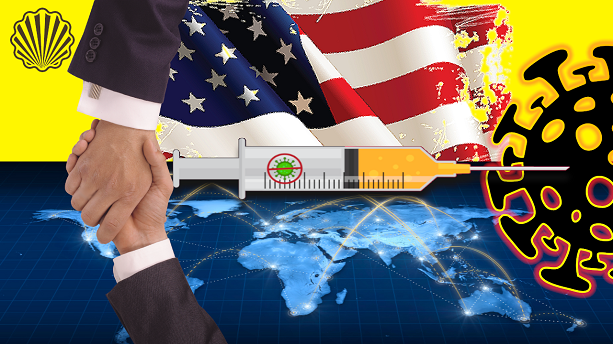 May 12, 2021 Could US. backing waivers, tackle this unbalanced situation?

The Biden administration last week announced its backing of a waiver for all intellectual property rights to COVID-19.

In reaction to requests from countries such as India, the US’s sudden support for a waiver of patent protections for Covid-19 vaccines has attracted much attention. some belives that is a century big deal which opens negotiations over sharing the proprietary such as know-how needed to boost global supplies of the life-saving measures. However, some other scholars believe this is just a symbolic reaction and don't have any desired effect to meet developing countries requirement!

What is an IP WAIVER?

By approving many vaccines within a year of the pandemic’s outbreak, new challenges have developed, most notably relating to distribution and access to these vaccines.

As the developed world has made huge advances with its vaccination programs while various developed countries were signing bilateral agreements with leading manufacturers to secure millions of doses in advance, much of the developing world has been left behind struggling to get access to Covid-19 vaccines

Last October (2020) October, South Africa and India decided to try and tackle this unbalanced situation at the World Trade Organization (WTO). In a proposal, they asked the WTO to allow member countries to waive intellectual property (IP) rights, including patents, related to Covid-19 vaccines and other technologies for the time of the pandemic. They submitted their request and asked for the waiver to remain in place until most of the world has been vaccinated against Covid-19.

The waiving proposal covers not just IP for vaccines but for all COVID-19 technologies.

However, the US, the UK, and the European Union (EU), among other richer countries, stood against the IP waiver proposal. The waiver has been strongly opposed by the pharmaceutical industry, which argues that waiving IP would send an alarming signal to the industry and make it unwilling to invest in vaccine research the next time there is a pandemic.

The warning comes in a report prepared for G-20 leaders by representatives of health and life-sciences companies including Novartis AG, Sanofi FP, AstraZeneca PLC, and Johnson & Johnson, and from organizations such as the OECD and Europe’s EFPIA pharmaceutical industry association

In an unexpected reaction and sharp reversal of past policy, US President Biden last week (May 5) came out in favor of a WTO proposal that would waive certain intellectual property protections around COVID-19 vaccines. Some believe this is a big deal that, meant to boost the production of vaccines and address issues of inequity in their distribution. However, there are many doubts on that this supporting waiver could force pharmaceutical companies to reveal proprietary information or whether the waiver is enough

Pharmaceutical patents and trade secrets are strongly protected, and opponents to the measure in the US say that making these details public would hurt the bottom line of companies and weaken American effectiveness, all while doing nothing to expand the global supply of vaccines.

Several experts told that the waiver would be largely symbolic, at least in the short term, as any increases in vaccine production wouldn’t emerge until at least 2022. With this regard, giving company’s access to private vaccine formulas does nothing to improve the worldwide shortage of supplies. Moreover, the waiver doesn’t grant the developing countries the knowledge and expertise needed to manufacture highly complex vaccines.

Just have in mind that the Pfizer vaccine, according to its spokeswoman Sharon Castillo, requires 280 components from 86 suppliers in 19 countries. “it’s unrealistic to think that a waiver will facilitate ramping up so quickly as to address the supply issue,”