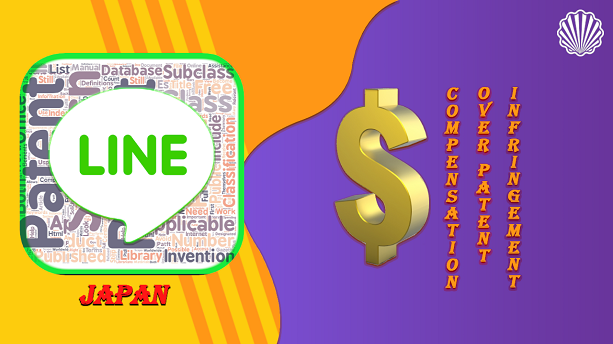 LINE is a freeware app for instant communications on electronic devices such as smartphones, tablet computers, and personal computers.   The app has been popular as a major social communications tool in Japan.

Line merged with Yahoo Japan operator Z Holdings Corp. The app also is one of the popular messengers as a major social communications tool in Taiwan, Thailand, and Indonesia since it was launched in June 2011.

A system that allowed users to exchange account details by shaking their smartphones had already patented in 2017 by the Kyoto-based Future Eye Co.

Line messenger had used this system over the feature named "Shake It”. The IT company had requested around 150 million yen  (1.38 billion U.S. dollars), in damages over Line's so-called Shake It! Feature but the app provider withdrew it last year. Line claimed that a patent for the technology should be invalidated for the feature since it was "easy to create".

As a result, the Kyoto-based Future Eye Co. sued Line's feature before the court. The Future Eye had claimed that Line increased its user base with the feature, earning advertising fees of over 150 billion yen (1.38 billion U.S. dollars). However, the court had ruled that the technology did not impact Line's revenues on such a deep level.

Recently (June 2), District Court acknowledged the Line’s infringement of Future Eye on disclosed patent and ruled that the design was patented by Future Eye on Sept. 15, 2017, and ordered Line Corp (messaging app provider) to pay about 14 million yen (128,500 U.S. dollars) to a technology company for patent infringement.