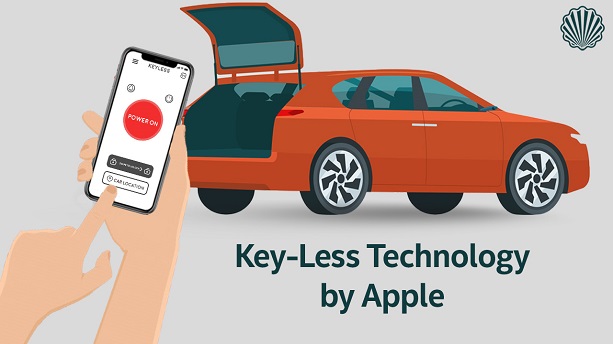 US Patent & Trademark Office (USPTO) last week published Apple's granted patent for a keyless entry system for vehicles and beyond!

The published US patent implies “a primary portable device [that] can access a vehicle by transmitting an activation message including a vehicle access credential to the vehicle.”

This could be defined as that drivers could use their iPhones to unlock their cars, plus starting the engine. This could indicate Apple’s working on technology that would allow a driver to use his/her iPhone or possibly an Apple Watch, to access their car. It would use a Bluetooth connection and an access code to unlock a vehicle.

The patent suggests that one device (an iPhone or an Apple watch for instance) could pass a digital key onto another gadget (perhaps another iPhone or the Apple Watch), and this could be used to unlock a car. The wireless power transmitter circuitry may be located in the surrounding area of the vehicle.

Moreover, the vehicle owner can share access with other portable devices, which allows more than one gadget to control the same vehicle. Such functionality would let you divide control over the car with a partner or friends. This might be useful for parents of young drivers to control their children driving remotely. 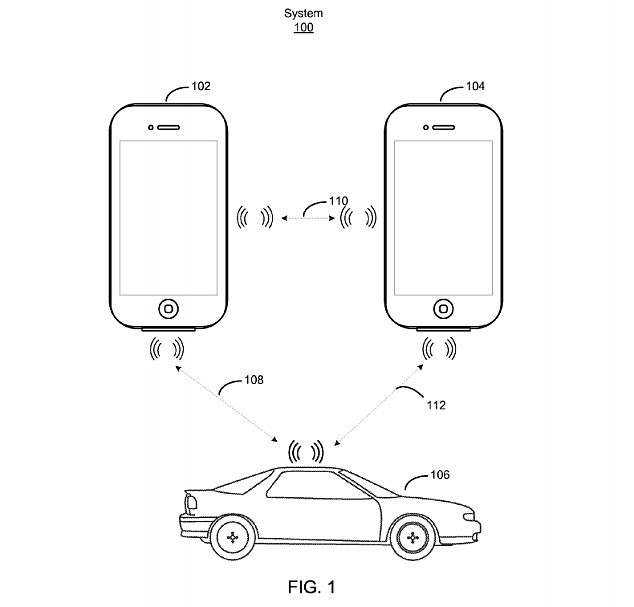 To ensure that signals are satisfactorily received, conditions in which there is a risk of interference are detected, and related interference moderation processes are performed, this risk should be addressed as follow:

The detection of interference risk includes detection of vehicle remote keyless system signals, finding of key codes transmitted by the key in response to received signals, checking the vehicle location and comparisons of measured device locations to stored information about vehicle location, monitoring of whether the electronic device has matched up wirelessly with the vehicle, using an inertial measurement unit or other input-output devices to determine whether the electronic device is experiencing motion characteristic of vehicular travel, and/or other operations to determine when a risk of interference is present.

According to one schematic diagram of this granted patent, vehicle systems (#32) include door locks, ignition systems, and other devices that are controlled by processing circuitry (#26). For example, the key system (#28) may open door locks and enable a vehicle ignition in response to receiving key codes from the key (#44); FIG. 3 is a diagram of an illustrative system 8 that contains a vehicle remote keyless system and wireless power circuitry. System 8 of FIG. 3 includes vehicle 10A, key 10B, electronic device 10C, and electronic device 10D.

Is this keyless technology totally new to the market?

There is a race between giant producers, to give drivers access to their cars with mobile handsets. For instance, BMW lets drivers of certain cars lock and unlock their cars using their smartphones.
Hyundai has also launched an Android Wear watch that connects to its Blue Link system to start a car’s engine or lock and unlock its doors. The gadget uses voice recognition to find lost cars in car parks too.

A Software Engineering Company, Eleks Lab has designed an app to run on the Apple Watch that would allow drivers of Tesla’s Model S to lock their car, turn on its headlights and show where it is parked

Even if Apple’s car never reaches the market, this patent could still be considered a valuable source. The recent work on CarPlay shows that Apple wants to supply its tech to automakers. If any companies are willing to give up total control over their product, this solution would take the next step by integrating Apple deeply into a vehicle’s systems.