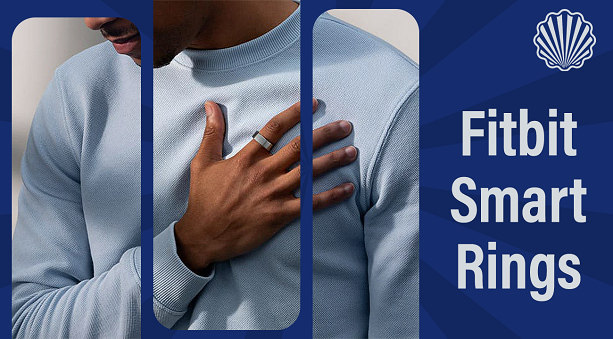 Jul 14, 2021 A new Patent on Monitoring Blood Oxygen Saturation By Using A Ring

You may have heard about the intelligence ring. A new wearable that has less known compared to wearable watches! in fact, It is a little-known fact that fingers have easy-to-sense arteries which can be used to gather precise data on your body’s vital signals. However, wearable and their relating sensors are getting smaller year by year, so a company that wants to stay in this market must adapt itself!

There are many patents in this field where their owner companies don’t follow them up with introducing a real-world product. One of the companies that seriously work on intelligence rings is Fitbit which was bought by Google.Inc in few past years.  With Google's expertise and money behind it (Fitbit was bought by Google. inc), its rings are able to branch out and tracking health and fitness from the finger!

Fitbit has registered a patent for a medical-grade smart ring, which reveals details on “a ring for the optical measurement of biometric data”, in particular, blood oxygen saturation (SpO2).

The technology revealed in this patent is not the same as another SpO2 monitor! in this patent a photodetector sensor was used which enables transmissive examination of blood oxygen levels, which is more accurate than the type of SpO2 sensor found on wrist wearable’s that uses reflected light.

This is especially interesting because SpO2 readings from a ring have the potential to be more accurate than those from a watch.

Transmissive detection means shining a light through your finger to receptors on the other side – which is how medical-grade sensors work.

The patent says that reflected light sensors suffer from noise problems compared to wearable watches, especially if the watch isn’t fully flush to the user’s skin.

Although in this patent, SpO2 is specifically monitored, but it leaves the space open for another tech. So in addition to blood oxygen, this could include activity, sleep, heart rate, and heart rate variability. 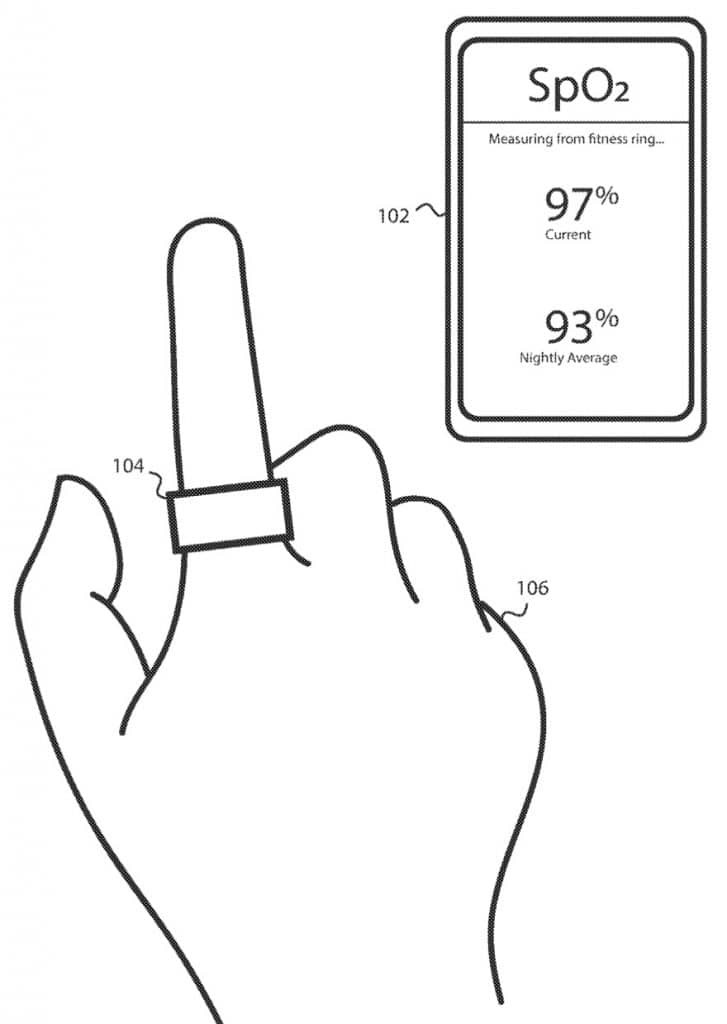 The 19-page patent application repeatedly references blood oxygen tracking. This application compares other wearables such as fitness trackers and smartwatches as generally less reliable when it comes to such measurements and implies that the photodetector used in this invention has more precise SpO2 readings.

The method the other device use is reflected light. The patent believes that is not as accurate as passing light through your skin and blood vessels where a photodetector is sitting to capture readings. This is what you typically get with clinical pulse oximeters. The Fitbit smart ring would work similar to medical devices, by measuring light transmitted through the finger with a photodetector on the other side.

There is a competitor for the Fitbit Smart Ring which is the  Oura Ring. Qua ring is able to measure heart rate, heart rate variability, breathing rate, and body temperature at night. However, while the Oura ring comes into its own at night, it looks like the Fitbit ring would be most useful during the day, with “a motion sensor” on it. [to] Determine favorable moments for data collection, for example when the wearer is silent “.

Keeping on the finger still is important because movement makes conflicts that have a major impact on accuracy. For this reason, the Polar Verity Sense heart rate monitor, which is worn on the upper arm, usually provides more consistent readings than a watch, despite using the same optical sensor.

The patent application suggests several possible designs for a Fitbit smart ring, including a usual ring, a larger device that is worn on the thumb, and even a combination of rings, each with a different purpose Fitbit filed its first patent application for a smart ring in 2019 and has been developing the idea since then, so we’ll be looking for more clues in the near future.