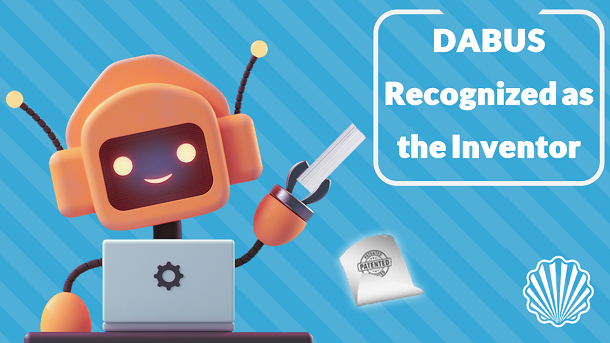 Jul 29, 2021 For the First Time in history, AI Recognized as the inventor in the South Africa

South Africa recognized artificial intelligence (named DABUS) as an inventor and became the first country in the world to award a patent that names an AI as the inventor of a product.

Ryan Abbott, a professor at the University of Surrey who has for years led a battle for patent offices around the world to recognize artificial intelligence as inventors, finally won the battle at least in one patent office!

In 2018 and 2019, parallel patent applications were filed at the USPTO, EPO, and UKIPO, and … by the applicant – and human – Stephen Thaler. DABUS which is an abbreviation of “Device for the Autonomous Bootstrapping of Unified Sentience” is an AI system that “generates novel ideas having the most novelty, inventive step, and value. According to Dr. Thaler, “it’s the machine that is good at inventing stuff”. That is might be his reason to file patent applications with DABUS as the inventor in 10 countries including two applications (EP 18 275163 and EP 18 275 174) in the European Patent Office (EPO).

DABUS system was developed and used by Stephen Thaler's team at the University of Surrey to create two inventions, one for a drinks container and another for a device that could help in search and rescue missions.

As we discussed earlier here, In most IP jurisdictions, inventions developed due to a mental act of a natural person as inventions that are capable of patent protection. However, some jurisdictions, such as the European Patent Office and South Africa (Act No. 57 of 1979), do not necessarily define who the inventor is!

In South Africa, However, the predecessor act  ( Act No. 37 of 1952) defined the inventor as “including the legal representative of a deceased inventor or of an inventor who is a person under disability”.

The current position in South Africa and most IP jurisdictions is to recognize humans as inventors, whereas corporations and organizations cannot be recognized as such.

According to detention mentioned in Act No. 37 of 1952,  the definition of the inventor is likely to indicate an inventor as a human being and cannot be a company or non-human being.

However, in the case, Hay v African Gold Recovery Co, the inventor has defined as  “the person so described made the discovery himself, and that he did so before anyone else in any part of the world.” According to this definition, DABUS has o problem being recognized as an inventor.

However, it must be considered that humans have been recognized as creators of patentable inventions in each of the foregoing cases and didn’t predict that one day, an AI could claim to be the inventor of an invention! The decision was taken in South Africa to recognizing DABUS as the inventor was likely to prove a precedent for other countries!