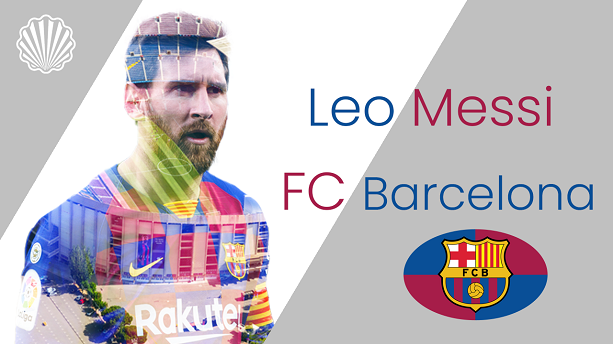 But, Messi's exit is supposed to have direct adverse effects on Barcelona's future sponsorship income, goods sales, and matchday revenue. This could indirectly result in weakening Barcelona’s brand strength and declining the brand value since fan perceptions would be reduced and the club’s global following at risk of shrinking.

What is brand value?

Brand value not only creates more revenue but also affects the market. When consumers find value in a brand and are loyal, it can discourage other companies from entering the market.

Measuring brand value is fairly straightforward and has some approaches. The approach includes: estimating the brand’s role in business; observing investment; reflect on other valuable brands; and considering the conceptual models.

What is Messi's departure role in declining the brand value!

Messi's role in raising the revenue of the club is not negligible. Messi had a significant role in driving revenue for the club across different streams. He was the reason to attract additional fans, better players, managers, commercial deals, and win silverware. His departure can cost the club as much and result in a painful brand value decrease

The key areas where Messi has generated value for FC Barcelona are:

Commercial revenue: Messi is a global superstar and this fact, makes him a highly attractive athlete for corporate sponsors. His presence at the club has resulted in Barcelona bringing in more lucrative sponsorship deals. Messi has over 240m followers on Instagram, more than to times of the Barcelona official account (99.5m). This could bring popularity and value to any team through his absolute following alone. The decreasing brand value in this area is estimated at around €77m.
On-pitch performance & Matchday: Messi has had a huge impact on FC Barcelona's performance over the years and has caused a considerable amount of following to the club. Since 2008/2009, Messi has scored more than 30 goals a season leading the club to an overabundance of honors along the way. Barcelona. This area could cost up to €17m in brand value.

Shirt sales and retailing: You can walk the streets almost anywhere in the world and expect to see someone rambling the streets wearing the iconic No. 10 jerseys. Messi’s shirt sales reportedly generated over €200m, of which the club collects a portion of around 10-15% (€30m), and kit manufacturer Nike enjoys the lion’s share. This may also mean Nike will lose out on revenue following his departure should Barcelona general merchandising sales decrease as a result. With the famous ‘Messi No. 10’ off the shelves, Barcelona could lose out on €43m in brand value.
It is worth noting that the value must be measured as forward-looking. With this regard we can suppose that he still was to stay, so how much additional value could Messi generate for Barcelona over the remainder of his career?

Some might argue he is approaching the end of his career; But we should notice that Messi has shown little sign of slowing down, registering 38 goals across all competitions in the 2020/2021 season. However, if Messi was 28, then the value at risk for Barcelona would be significantly higher based on a larger expected future return.

Looking at the impact of Ronaldo’s exit from Real Madrid in 2018, the club’s brand value decreased by 19%. The club has struggled to replicate its on-pitch success since the Portuguese superstar left for Juventus. No Real Madrid players were selected this year for the EURO 2020 Spanish national team, pointing to the club’s struggle for form.

Barcelona can see a very similar impact, but the club’s future actions and performance can play a significant role in mitigating the risk of such a painful brand value drain.

Generally, the value at risk is largely dependent on how Barcelona reacts and performs after Messi's departure. For example, if they bring in other star players who can help drive better on-pitch performance, shirt sales, and commercial deals, then the impact may be limited!