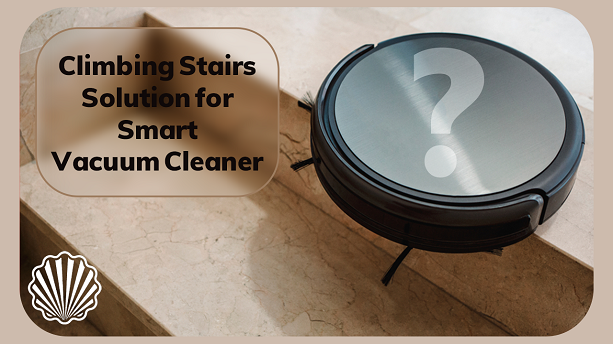 A robotic vacuum cleaner is a vacuum cleaner programmed to clean and works with some level of autonomy from a user. They use a vacuum to clean while some have additional methods like spinning brushes, mopping, or UV sterilization. Some even have security cameras, intercom systems.

The first-ever robotic vacuum cleaner appeared in 1996. It was made by Electrolux, a Swedish household and professional appliances manufacturer, and was called “Trilobite”. It worked rather well but it had problems with crashing with objects since it stopped a short distance from walls and other objects it left small areas that could not be cleaned.

Dyson Limited is a British technology company that designs and manufactures household appliances such as vacuum cleaners, air purifiers, hand dryers, bladeless fans, heaters, hairdryers, and lights. Its new patent published on 1st September, “robot with Tri-Star wheels and an actuated arm” the company disclosed a vacuum cleaner robot which could climb stairs, open drawers, and clean them! 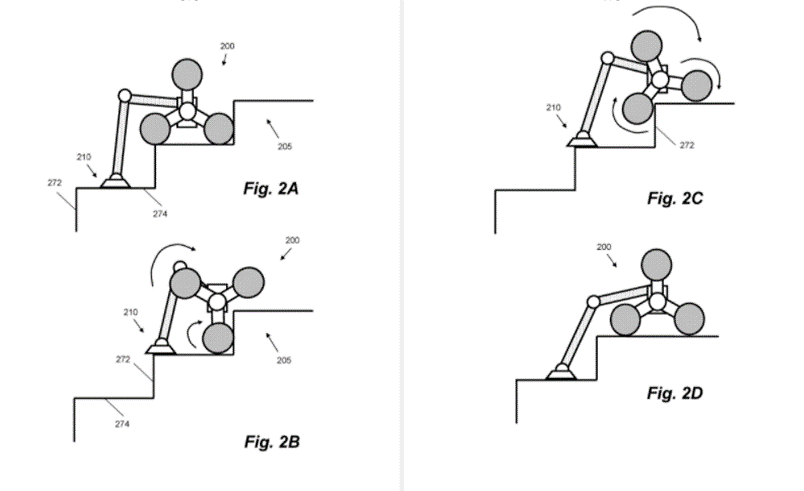 In 2014, Dyson Company unveiled its Dyson 360 Eye vacuum which was one of the most advanced vacuum cleaners until that time. The 360 Eye vacuum cleaner could see its environment relies on its panoramic camera using a unique 360° vision system [which is sensitive into the infrared], and then based on high contrast visual features, could make a detailed floor plan to intelligently and analytically navigate around a room and tracks its position. The camera can see all the room at once so the machine can accurately triangulate its position. It then uses landmarks within the images to establish how it has moved between each frame and update its model of the environment accordingly.

However, climbing stairs is one of the most challenging subjects for vacuum cleaner companies as most of the products are not able to do these functions simultaneously. This newly published patent shows that Dyson’s robotic unit is working on a robot to interact with other household appliances.

We should notice that most patents not resulted in a product and companies that apply for many patents, may never lead to a consumer product. However, according to Bloomberg, Dyson has pending patents on everything from a “dental care device” (also known as a toothbrush) to an air purifier/headphone device.