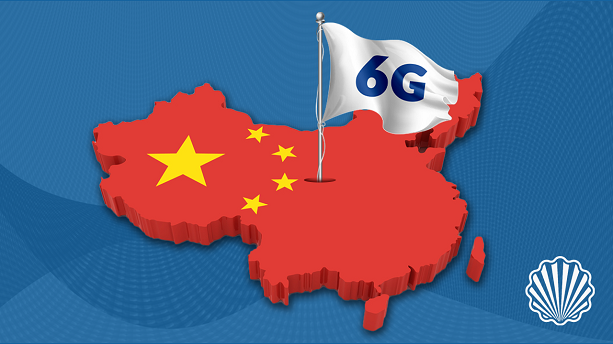 While the world is still struggling with adopting 5G, research is already well underway for the next iteration of the technology standard for mobile broadband networks6G.

5G technology sets a good foundation, however, 6G can certainly redesign the world! according to experts

But who is a pioneer in this technological area? 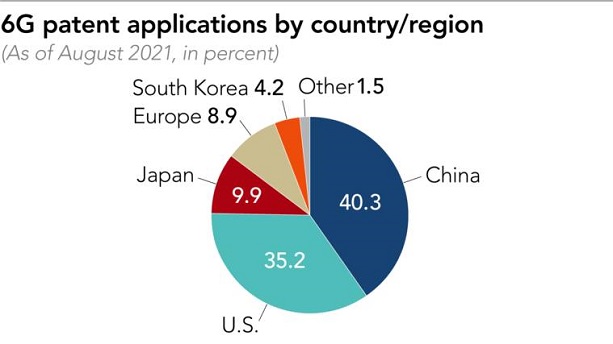 China's 6G development was expected to slow down due to sanctions against Huawei Technologies forced by the U.S. government under former President Donald Trump in 2019, but China has kept its competitiveness by gathering together state-run companies and universities.

Under the "Made in China 2025"initiative, China has made 6G a priority, and meanwhile, it has given countries financial aid in building 5G networks in Africa and the Middle East. 6G is anticipated to be over 10 times faster than 5G and will be enabling fully autonomous driving, HD virtual reality, and worldwide internet, even in the most remote regions.

Recent Research conducted by Nikkei Asia and Tokyo-based research company Cyber Creative Institute shows that China topped the list with 40.3% of 6G patent filings. The United States isn't far behind and is close behind with 35.2%. Japan ranked third with 9.9%, followed by Europe with 8.9% and South Korea with 4.2%.

Countries with a greater number of patent filings are more likely to be pioneers in terms of advanced technology and be likely to have a greater influence over industry standards.

About 20,000 patent applications for nine core 6G technologies including communications, quantum technology, base stations, and artificial intelligence were surveyed for this purpose.  It might be interesting to know that 6G patent applications by China are mostly related to mobile infrastructure technology. This makes sense considering aerial coverage such as satellites, combined with ground base stations for broader radio bands, will be needed in the 6G era.

In November last year (2020), the University of Electronic Science and Technology of China successfully launched the world's first 6G satellite. Experts had expected the U.S. ban would make it difficult for Chinese companies to build next-generation base stations or make cutting-edge smartphones, but the country's government-led basic research has not lost steam.

More interestingly, a considerable amount of the patents (12%) have been filed by Huawei, a banned Chinese company that controlled 30% of the world’s base stations in 2020. Other prominent patent holders include state-run companies such as State Grid Corporation of China and China Aerospace Science and Technology.

The U.S. and China are not the only ones competing for supremacy in 6G. In Europe, Ericsson, Swedish telecommunications equipment maker and the University of Oulu in Finland have published 6G white papers, and the European Union has played a key role in standardization, including the establishment of a research group by the European Telecommunications Standards Institute. In South Korea, Samsung Electronics and LG Electronics have already set up 6G development centers, and the government is subsidizing development efforts.