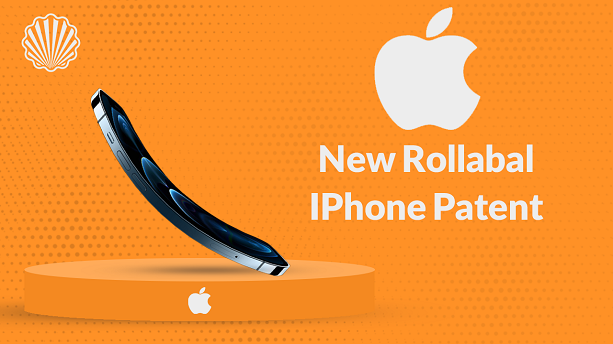 The U.S. Patent and Trademark Office (USPTO) published a patent application by Apple called "Electronic Devices Having Sliding Expandable Displays." Such expandable displays seem to be the next cutting edge for smartphone manufacturers since other companies such as Samsung and Xiaomi have received patents for phones with rollable or pullout displays.

According to this new patent filed by Apple, the smartphone, unlike the other foldable smartphone, has an extendable screen that rolls inside the device around a roller. 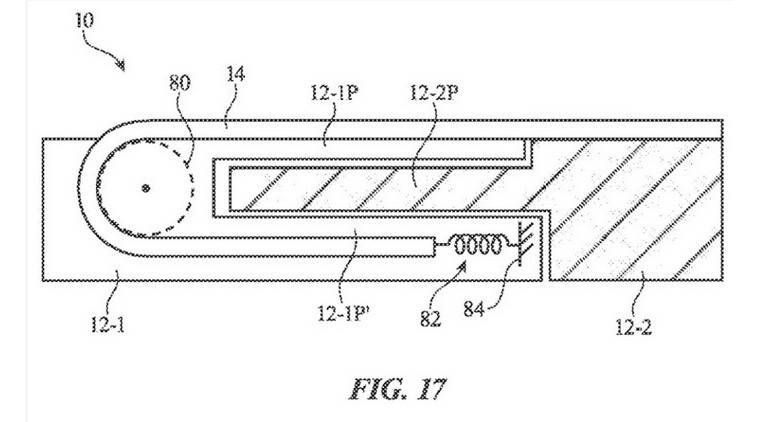 Apple's new patent application includes a drawing showing a cross-section of a rollable iPhone. Inside the phone, the screen bends around a roller place inside the device. As part of this application "A portion of a flexible display may be stored in an interior region of the housing when the housing is in the unexpanded state. In the unexpanded state, the flexible display may have one or more bends and may double back on itself one or more times." 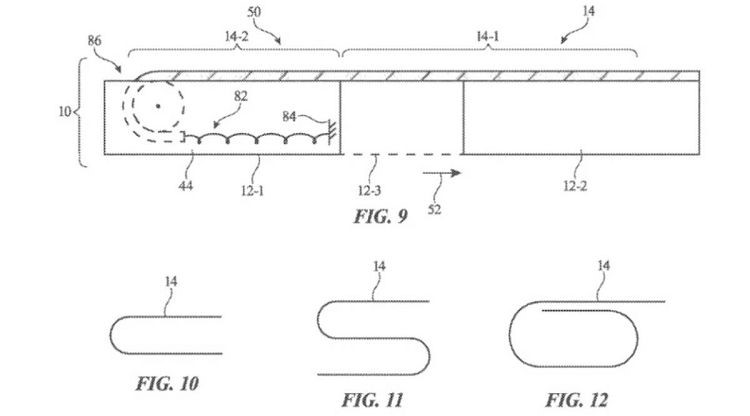 In addition to the details, the patent mentions that a portion of the flexible display rolls inside the case when not being worked. The display that has to be used for making such a device has to be extremely flexible in a way that it is easily rollable as that is how it would be stored in the hard case of the smartphone.

A rollable phone can also be described as having sliding extensible displays. In this situation, the screen would roll to the left or right. As a result, you could say the screen is sliding as it grows in size.

Unlike a foldable phone, a rollable handset does not need a pivot!  Samsung had already developed a foldable smartphone. However, the advantage of using a rollable display compared to Samsung's foldable models is that with a rollable display there is no visible line in the middle of the screen where the hinge is.  In addition to having such an undesirable line in the middle of the screen, users of a foldable have to worry about wear on the pivot depending on how often the user opens the device to access the larger tablet-sized display.

In a rollable screen, there is no concern about wear on the pivot, however, rollable devices have their own components to worry users in different ways; including the roller and the mechanism that feeds out the additional display to make the size of it grow.

At the moment, the foldable iPhone seems more likely to enter the market. There was already another patent application filed by Apple pertaining to a foldable battery that would be used, of course, with its foldable phone. This battery would be placed near the foldable screen's hinge.