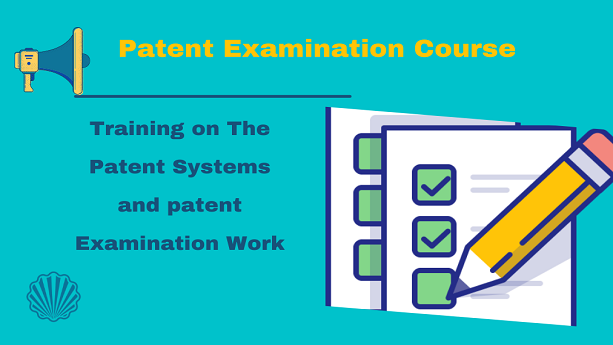 Dec 10, 2021 Kanoon IP Academy have designed a Course to Train the Patent Examiners

Claims are the heart of a patent application while the description of the invention contained in a patent document teaches how to make and use the invention. This means that the patent specification (description) describes the invention and provides support for the claims.

The examination is a process by which the Patent Office examines the application to determine the patentability of the invention. Examiners should then correlate each claim limitation to all portions of the disclosure that describe the claim limitation.

Careful patent examination reduces the need for courts to review patent agency decisions in the eventuality of a patent dispute. The scope of issued patents would be extremely clear, providing an easy test—and strong preventive for infringement should a dispute arise. Approved claims would be broad enough to reward inventors of noteworthy discoveries but sufficiently narrow to allow patents on competing inventions or further improvements.

Examiners who usually have scientific or engineering background,  are searching for relevant technologies to compare similar prior inventions with the invention claimed in the patent application; and. communicating findings as to the patentability of an applicant's invention via a written action to inventors/patent practitioners.

Examiners have a critical role in the examination process in the course of offering an initial rejection, through which they may require amendments to an application such as more citations to the prior art, the narrowing or elimination of a specific claim, or one of many corrections that improve the patent application. Doing this in a thoughtful and competent manner requires time, resources, and inputs sufficient to the task.

Patent examining is a very independent position and a great opportunity for people who like to get work done without a lot of hanging around. Promotions up to prior to the supervisory position are non-competitive so examiners can advance pay wisely based on their ability to complete the workload in the time allotted.

Believing in the potential of local inventors to contribute to the country’s intellectual and economic wealth. Iran’s Kanoon IP commits to enhance its services that demonstrate the national capability of innovations. One of these core services is Building IP capacity among Iranian and other Farsi language people worldwide initiated by KAnoonIP academy.

Kanoon IP academy as the main body in the country has committed itself to building IP capacities amongst people having various levels of interest to the patent different aspects. Moreover, In line with this need of the country to train the specialized patent examiners, Kanoon IP academy had designed a specific course for training the examiners.

During this designed course by Kanoon IP, participants in addition to learning about legal aspects of each part of a patent document such as claims, and specifications, become familiar with the examining of patentability requirements such as examining novelty and inventive step, how determining these requirements,  narrowing or eliminating of a specific claim, communicating and writing the written opinion.

Moreover, the participants will learn the principles of drafting claims and specifications that are needed for drafting patent applications. Interested people to attend this course and get more information, can register via this link on the Kanoon IP website