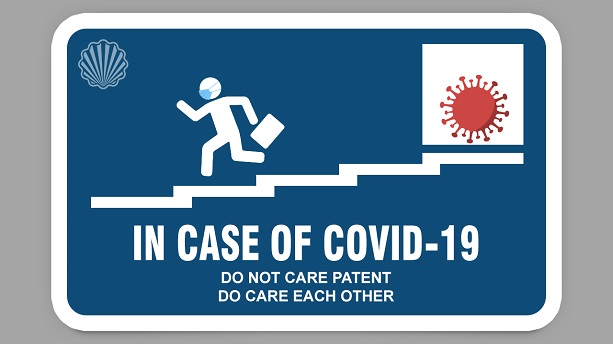 Compulsory Licensing Controversies in the time of Coronavirus Pandemic

The COVID-19 outbreak raises many questions relating to the patent system: How to deal with patent barriers to the production and provision of low-priced treatments? How would be the effects of compulsory licensing to make the patent available for the public?

Currently, in the time of coronavirus pandemic, there is no vaccine to protect against the virus nor are there effective pharmaceutical treatments registered for the indication. However, this situation will likely change because research groups all over the world are working overtime to speed potential treatments to the market.

Since no vaccine or treatment has approved so far, some of the old products are currently being tested. However, if a company has a monopoly over using the medicines for COVID-19, the market position rather than production costs will determine the price.

Compulsory patent licensing could make the protected right available for the public. A compulsory license suspends the monopoly effect of a patent and allows others than the patent holder to produce and supply the product.

In general, compulsory licensing tends to fulfill one of the three purposes: massive production of patented products (e.g. patented drugs) to cure a disease, non-commercial use in the interest of the general public and anti-trust act to allow fair competition (e.g.  between firms)

In the current coronavirus pandemic, while pharmaceutical companies have stepped up efforts to develop a vaccine or treatment against coronavirus, some countries have begun to adopt extraordinary measures to tackle the COVID-19 pandemic. Compulsory licensing is one of important measure that let the governments bypass standard patent law within the race to prevent the spread. Most significant recent efforts have arisen in a number of countries are as following

On the middle of March (2020), the parliament of Chile adopted a resolution declaring in the coronavirus outbreak, the use of compulsory licensing is justified to facilitate access to vaccines, drugs, diagnostics, devices, supplies, and other technologies useful for the surveillance, prevention, detection, diagnosis and treatment of people infected by the coronavirus virus in Chile. here.

On 20 March, the Education, Culture, Science and Technology Commission of the National Assembly in Ecuador approved a resolution asking the Minister of Health to issue compulsory licenses over patents related to coronavirus technologies.

In Canada, to cope with the expected dramatic economic downturn due to the COVID-19 pandemic, the government Emergency Response Act issued on 25 March 2020 compulsory licensing for the drugs if supply is interrupted because of the effects of COVID-19.  According to the Act, compulsory licensing for the purpose of preventing drug shortage, let generic companies produce and market a drug if the drug is still covered by a patent. Although under the Response Act, the government can issue the license almost immediately without having to first enter into negotiations with drug companies, the patent holder can get a royalty.

On 28th March 2020, Germany has passed new legislation raising the prospect of compulsory patent licensing compulsory license under section 13(1) in the patent act (which has never been used before) allows the bypassing of patent rights by the government or selected third parties “in the interest of public welfare or in the interest of public security” of the country as a whole.

In line with the provisions in the new legislation, Germany's health minister can identify patents, as well as utility models and supplementary protection certificates (SPCs), owned by pharmaceutical or medical technology companies that should be made widely available to use by third parties to address the current public health crisis.

A new law (No 2020-290) was enacted on 23rd March relating to the country public health code, allowing the Prime Minister to order the seizure of all goods and services necessary to fight against sanitary disaster; to temporarily control the prices of products; and to take any measures necessary to make relevant medicines available to patients. These measures look goes beyond the compulsory licensing measures adopted elsewhere.

In addition, the above measure taken by the governments regarding compulsory licensing, on 19 March, Israel issued a compulsory patent license related to lopinavir/ ritonavir (brand name Kaletra). This drug is an HIV medicine currently being tested, including in combination with other products, for effectiveness in the treatment of COVID-19.

The license allows the importation of lopinavir/ritonavir from a generic company. It should be noted that Israel grated already compulsory licensing for seven products in order to facilitate domestic medicine production between 1970 to 1995.

Aside from government intervention, given the urgency of the current situation, some pharmaceutical companies have voluntarily waived their IP rights in order to make their products more easily available. For instance, AbbVie is giving up its patents on a combination drug that is being studied as a coronavirus treatment and became the first major drugmaker to drop its rights to make money from a drug that might be used during the pandemic. The company waives any restriction on the MPP licensees that would prevent generic companies from supplying lopinavir/ritonavir (brand name: Kaletra),  anywhere in the world for any purpose, effective immediately. Kaletra has shown signs of combating coronavirus.

Demanding compulsory licensing in IP laws is not an intimidating task for policymakers, but many challenges lie in having provisions that leave little controversy or varied interpretation. It's practicing also must be in a way that makes a balance between the authorizer and the compulsory licensee (e.g. government, organization, or a firm) on one side, and the IP owner on the other side.

In the pharmaceutical industry sector, making balance faces many challenges. Drug development is a highly regulated, risky and expensive process that can last 10–12 years on average. Pieces of evidence indicate that near 20% of initial candidate compounds, could reach a market approval of the regulatory authority. It should be noted that the private pharmaceutical sector provides the main financial resources for health R&D.

A pharmaceutical company is likely to invest hundreds of millions of dollars for successful drug R&D for screening activities, animal testing, and clinical development, in order to prove efficacy, safety, and quality of the molecules. To encourage high private sector investments in medicinal R&D, patents play a principal role. Because of the high development costs and the low expenses for imitation, patent protection is critical for pharmaceutical inventions, more than in other industry sectors.

However, patenting could result in Low availability and high costs of essential medicines and therefore remain a main challenge in the public health sector in many developing countries.

compulsory licensing as a measure for governments to address their domestic public health need by authorizing the import or manufacture of generic versions of patented medicines. There some risks caused by compulsory license use. The loss of returns on the industry side with its negative impact on R&D investments is one of the main risks. The prospect that returns obtained from the exploitation of a patent could be limited or lost reduces the incentive to invest in the expensive and lengthy pharmaceutical R&D.

While all nations can issue compulsory licensing according to the emergency recognized by the governments, the rhetoric preceding the Doha Declaration and the language of the declaration itself emphasized the need to increase pharmaceutical access in poor countries facing high rates of epidemic or pandemic disease.

The Possible Effects of issuing Compulsory Licensing by Wealthy Nations

As can be observed from the above paragraphs, the countries that issued compulsory licensing are mostly from those wealthy countries, for example, Germany which is of the world’s largest economies. These wealthy countries by maintaining their opt-out status may also harm lower and middle-income nations willing to use compulsory licenses according to arguments of some advocates and academics experts on health, law, and international trade.

By issuing compulsory licensing, the wealthy countries are decreasing the potential market for COVID-19 drugs, vaccines, and diagnostics that are manufactured under a compulsory license elsewhere. As a result, manufacturers in countries that apply compulsory licenses can expect to sell fewer quantities of COVID-19 products. This may prevent the drug makers from benefiting from economies of scale, which could mean they would have to charge higher prices or forgo production altogether.

It’s totally irrational for any country, even a rich country, to keep its own hands tied to meet the COVID-19 needs of its population by voluntarily shutting itself off from patented ingredients, components, and essential medical products and supplies

Creating a voluntary pool to collect patent rights, regulatory test data, and other information that could be shared for developing drugs, vaccines, and diagnostics would be a good option in this situation, as this idea was endorsed by the World Health Organization director.

However, since active private companies having the potential to combat COVID-19 are mostly supported by governments in the current situation (according to the news) it might be a better idea that the pool created by all countries and managed by an international organization e.g. WHO,  rather than making pool by drugmaker companies!