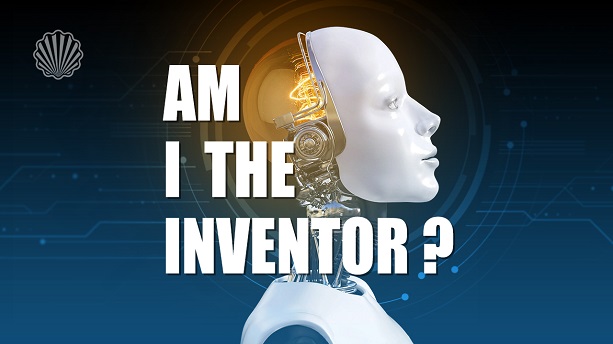 It has long been known that only human beings can be considered as inventors. With this regard, the patent laws of many countries, even when not explicitly state that the inventor must be human, have always been assumed that the inventors are human. However, with the continuous development of Artificial Intelligence (AI) and its rapid advancements, artificial intelligence has been capable to invent!

Back in August last year (2019), an artificial intelligence expert, who is CEO of a company called Imagination Engines experts filed patents for two inventions. But, instead of listing a human author on the applications, the inventor was listed as Dabus, an AI system. DABUS is an AI system that Dr.Thaler spent over a decade of building and developing.

DABUS which is an abbreviation of “Device for the Autonomous Bootstrapping of Unified Sentience” is an AI system that “generates novel ideas having the most novelty, inventive step, and value. According to Dr. Thaler, “it’s the machine that is good at inventing stuff”. That is might be his reason to file patent applications with DABUS as the inventor in 10 countries including two applications (EP 18 275163 and EP 18 275 174) in the European Patent Office (EPO).

In traditional AI, human programmers attempt to create and develop AI by conveying human knowledge as a series of facts and rules that a machine can follow. A machine expressly designed to imitate human thinking could conceive something novel and non-obvious, the fundamentals of the patentability requirements!

DABUS has come up in fact with the innovations after being fed general data about many subjects. An AI system that imitates the neural patterns of the human mind to independently combine basic concepts into a complex outline that it can self-identify as the original. Dr. Thaler may have built DABUS, but he has no expertise in creating lights or food containers, and wouldn’t have been able to generate the ideas on his own. Dr. Thaler insists that the law should recognize DABUS, rather than him, as the inventor of these ideas because “crediting a human who did not wholly invent, reduces the value of traditional human inventor-ship"!

What do patent laws state in various jurisdictions?

These are the significant hurdles for the inventor-ship of DABUS in various jurisdictions. Most IP offices took opposite stands on this issue and have stated that artificial intelligence (AI) systems or machines cannot be considered as the inventors of patentable inventions:

According to the European Patent Convention, the position of inventors is protected by granting various rights which are mentioned in the European patent applications. The designation of an inventor is mandatory as it stands on a series of legal consequences, notably to ensure that the designated inventor is the legitimate one and him/she benefit from rights linked to this status. To exercise these rights, the inventor must have a legal personality that AI systems or machines do not enjoy.

Moreover, as the applicant insisted in this case he was not the inventor, he must indicate on what legal basis he was applying for patent protection.

The inventor is the first owner of a patent unless the invention was made in the course of employment. In this case, the first owner can be the employer or the employee, depending on the jurisdiction. In this case, Dr. Thaler provided an assignment document which he had signed on behalf both of the assignor (DABUS) and the assignee (himself). The fact that the DABUS as the named inventor was not a person capable of signing a document, highlights the inherent difficulty with a patent application citing artificial intelligence as an inventor.

The USPTO supplied Dr. Thaler with a notice requiring the application to be rectified to name an inventor correctly and has then refused a petition by Mr. Thaler for that notice to be set aside. Referring to the previous US case law, confirmed that a "person" must be a "natural person" rather than a corporation or State entity.

The UK IPO took a similar approach and updated its examiner's manual in late 2019 to provide that "An 'AI Inventor' is not welcome as this does not identify a person', which is required by law." Therefore, since DABUS was the machine, it could not be regarded as an inventor. In the UK, the transfer of ownership of the invention from the inventor to the owner, "as the inventor itself cannot hold property" is not possible It is interesting to contrast the position in related to AI-created inventions with the law in the United Kingdom concerning copyright, which expressly protects computer-generated copyright works.

The Patents Act in Australia refers to the inventor as a "person". In general, under Australian law, the term “person” may mean either a natural or a legal person. However, section 15 of the Patents Act also provides that "a patent may be granted to a person whether or not he or she is an Australian citizen". This suggests that the inventor must be a natural person and have a nationality! Moreover, Australian courts have made it clear that AI-generated works will not be protected by copyright if there is an insufficient human authorial contribution.

In Part One, Chapter 1. Section 4.1.2 of the draft Guidelines are amended to specifically exclude an AI as an inventor.  This change to indicate an AI is not a proper inventor follows the USPTO petition decision in U.S. Patent Application No. 16/524,350 denying DABUS (Invention generated by artificial intelligence) to be listed as an inventor.

The use of artificial intelligence is growing, and so are its legal issues. AI could conceivably assist in shortening R&D timeframes by months or even years.

There are enormous benefits to be gained from using AI in the inventive process, for instance, pharmaceutical researchers are actively using AI to generate novel molecules that may become new, patented drugs. If AI is merely used as a tool in hands of a human researcher, then the human will be the inventor. But what would be a situation where the AI plays a more central role? Will always an AI-generated invention find a human author, and therefore, be capable of patent protection? To what extent is it no possible to identify a human inventor?

Opponents against allowing AI as an inventor often point out that human beings are behind the process.[1]. On another side, the adherents believe in the invention process, the human contributions may just be routine, and the human works may not be inventive if the AI system is autonomously inventing the subject matter[2]

In the opponent's views, AI will not result by itself in generating novel, patentable inventions. The AI itself is, of course, a “useful machine” that has performed a “useful process,” and might be patented, if novel. Most uses of AI will not result in the AI itself generating novel, patentable inventions.  In the opponent's interoperation, an inventor is a person who interprets the results, not a technology that collects, organizes, analyzes, and harvesting important data. Therefore an AI couldn’t be considered as independent of human beings and the human need is necessary for each section of its function in inventing.

In adherent’s points of view on the other hand, as AI becomes more sophisticated, more inventions will be conceived by AI. This raises the possibility that the patent laws may need to change to allow inventions conceived by AI. As the creator of DABUS, Dr. Thaler, argues, is unfair to place human creators of inventive AI systems in an equal position with traditional human inventors, would be so emotionally discouraging to traditional human inventors that they would lose the incentive to invent.

Moreover, there are a few results that would provide little grounding that the proposed changes in the patent law,  would be efficient helpful on an individual or societal level for “moral” reasons[3].

In DABUS's case, what is obvious is that laws are not yet prepared to handle an AI inventor. IP offices decision concluded that “the present system does not furnish for such AI inventions and it was never anticipated, but times have changed and technology has moved on.

Questions regarding AI inventor-ship continue to be an open issue. Creative solutions are required and the patent laws may need to change to allow inventions conceived by AI.

[1] See Yanisky-Ravid Shlomit & Velez- Hernandez Luis Antonio, Copyrightability of Artworks Produced by Creative Robots and Originality: The Formality-Objective Model, 19 Minn. J.L. Sci. & Tech. 1, 13–14 (2018) [Google Scholar] (“We claim that the current (traditional) legal regime focuses only on what was relevant in the past, namely the human authors behind the creative process.”).
[2] Abbott, supra note 28, at 1094 (“Computer involvement might be conceptualized on a spectrum: on one end, a computer is simply a tool assisting a human inventor; on the other end, the computer independently meets the requirements for inventorship. AI capable of acting autonomously such as the Creativity Machine and the Invention Machine falls on the latter end of the spectrum.”).

[3] In the book The Right to Employee Inventions in Patent Law, the survey results of more than 10,000 inventors from 2008 to 2011 in Europe, the USA, and Japan revealed that employee inventors are most inherently driven by the desire to solve practical problems, not intellectually challenged which could create value for their firms.