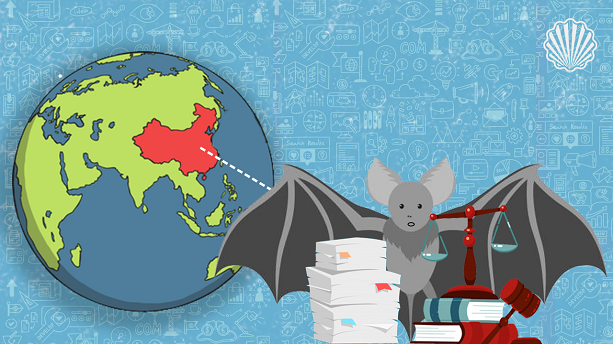 The origin of Covid 19 is still a mystery. No evidence has been found indicating the origin of this coronavirus but what the certain is,  the first human Covid-19 cases observed in china. Covid-19 is thought to have originated in bats,  but exactly how the virus began is still a subject of investigation.

Although World Health Organization's (WHO) investigators had previously claimed no live bats were being kept by the Wuhan Institute of Virology (WIV), However, this argued Chinese research, was seemingly awarded patents at the center of COVID-19 pandemic for cages to keep bats for testing, months ahead of coronavirus outbreak. The lab has been suspected to be the center of origin of coronavirus!

Covid-19 not only threatened human health but also affected all political, economic, social, and cultural aspects of human life. The original source of this plague of the century has not been yet been recognized and experts are warning we may never have a full picture of how the pandemic began. It seems that political influences are governing the information that's being shared!

Backward-looking investigations by Chinese authorities have identified human cases with onset of symptoms in early December 2019. While some of the earliest known cases had a link to a wholesale food market in Wuhan, some did not!

The first discovered infected person did not have visible connections with the wet market cluster. However, an earlier case of infection could have occurred on 17 November. Of the early cluster of cases reported that month, two-thirds were found to have a link with the market.

Does SARS-CoV-2, have a “Zoonotic” Animal origin or It Is an Artificial One?

It estimated that nearly 60% of known infectious diseases and 75% of all new, emerging, or re-emerging diseases in humans have animal origins. SARS-CoV-2 is the newest of seven coronaviruses found in humans, all of which came from animals, either from bats, mice, or domestic animals.

The genome of SARS-CoV-2 has been sequenced and publicly shared thousands of times by scientists all over the world. If the virus had been genetically engineered in a lab there would be signs of manipulation in the genome data. This would include evidence of an existing viral sequence as the backbone for the new virus, and obviously targeted inserted (or deleted) genetic elements.

Dose the COVID-19 Pandemic has Originated from Bats?

Bats are presumed reservoirs of diverse coronaviruses (CoVs) including progenitors of Severe Acute Respiratory Syndrome (SARS)-CoV and SARS-CoV-2, the causative agent of COVID-19. However, the evolution and diversification of these coronaviruses remains poorly understood 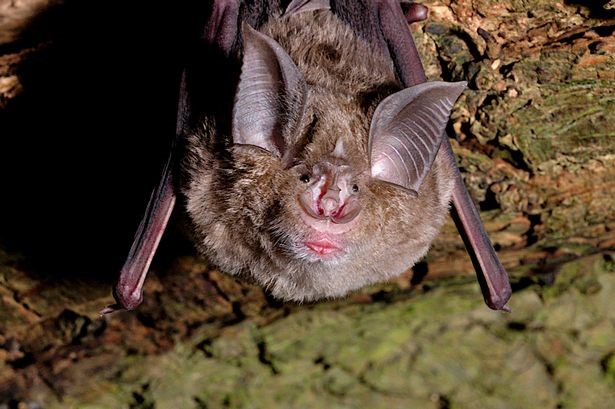 Moreover, We can't forget that the pandemic was caused by people. Human activities that alter the environment can increase the risk of disease spillovers from wildlife to people (a zoonotic spillover is the transmission of a pathogen from an animal to a human).

According to some shreds of evidence, early cases of COVID-19 occurred outside of Wuhan in China and had no clear link to the city’s wet market where the pandemic is thought to have begun. But that isn’t evidence of a conspiracy.

The virus could simply infect people accidentally who brought the virus into the city and then the wet market, where the enclosed, busy conditions increased the chances of the disease spreading rapidly.

Another possibility could include the scientists involved in bat coronavirus research in Wuhan unknowingly becoming infected and bringing the virus back from where their subject bats lived. This also couldn’t be known as a laboratory leak but also a natural infection.

What do the Patents on Bats Cage reveal?

The patent that has been highlighted these days doesn’t confirm that the Covid 19 originated from bats. The discovered patents only could argue the WHO team who had claimed that it is unlikely that the WIV researchers keep the alive bats for testing.

According to the report of WHO teams investigated the origin of coronavirus, "the leak from the institute was 'highly unlikely" while giving credence to theories that the virus had entered the country via frozen meat.

However, a group of researchers and scientists have found recently evidence from Chinese media reports that in fact the WIV scientists captured bats alive and kept them inside the lab.  An international network of researchers and scientists investigating the origins of the coronavirus pandemic who call themselves DRASTIC (Decentralized Radical Autonomous Search Team Investigating COVID-19) has found the lab has also filed two patents for cages; where one of them is to be used in bat breeding and one for lab accidents just before the start of the pandemic. 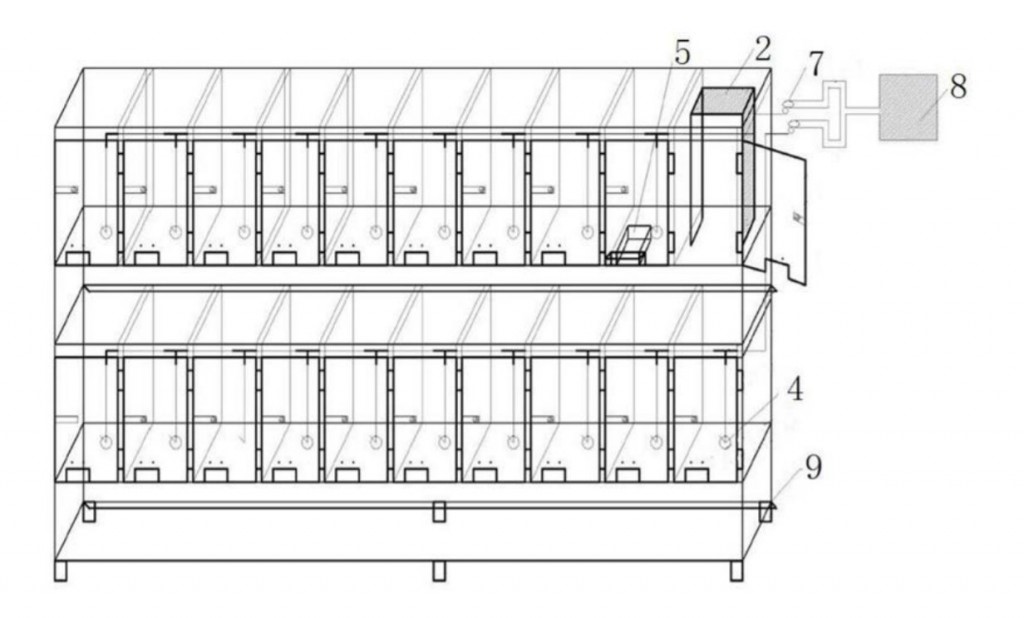 The first patent was filed in June of 2018 and was called "A kind of carnivorism bat rearing cage." The patent was granted in April of 2019.

The description of the cage includes partitions, feed openings, and drinking tubes. The description concludes that the device is intended to enable the bats to be "capable of healthy growth and breeding" under artificial conditions.

The third patent, filed in November of 2019, just one month before the first COVID-19 cases in Wuhan were announced, is an instrument designed to quickly stop the bleeding on a finger if it had been injured while working pathogenic viruses in a biosafety lab.

Although many shreds of evidence suggest that the coronavirus originated in bats, but its journey to people remains a mystery. The results of the investigation of WHO experts in Wuhan Virology Institue claim the leak from the institute was 'highly unlikely' they also reported that it is unlikely that the WIV researchers keep the alive bats for testing.  However, seemingly awarded patents of WIV labs could confirm that in the middle of the corona, the Live bats were in WIV.

Those revealed awarded patents cant be used to find the origin of the virus spreading, however, they could confirm a lack of transparency in between, which makes it too difficult to get to the bottom of this story!