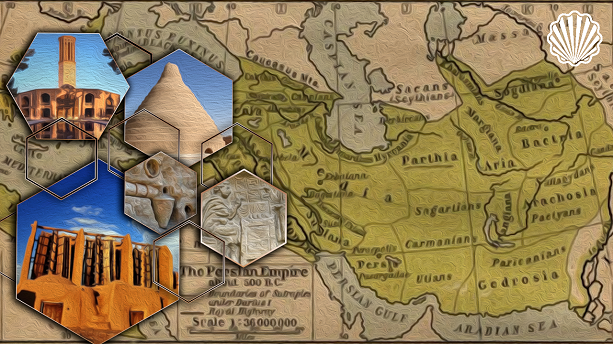 Qanāh is an Arabic word that means "channel". Most  Iranian people are called it “Qanat” In Persian, the words of kārīz (or kārēz;) is used instead and is derived from the earlier word kāhrēz.

A qanat or Kariz invented in Iran for the first time, is an ancient system of water supply management that allows water to be transported from underground to surface in hot dry climates without loss of much of the water to evaporation. This ancient system has the advantage of being resistant to natural disasters such as earthquakes and floods. Qanats are constructed as a series of well-like vertical shafts, connected by a gently sloping tunnel. This taps into underground water and delivers it to the surface by gravity, without the need for pumping. Humans still use it as a supply of water and irrigation in hot, arid, and semi-arid climates and it creates population for Iran and other arid countries in Asia and North Africa. 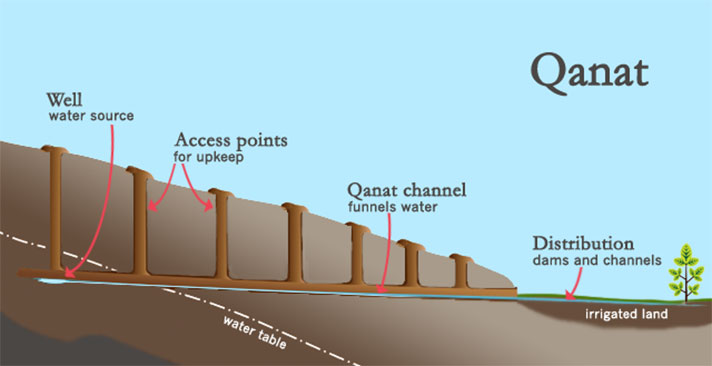 The Qanats of Ghasabeh or Gonabad qanat, the world's oldest and largest network of qanats. Gonabad qanat also has two underground corridors that are 33 km long as well as very deep wells, some of them are  300 meters deep.

A French researcher Henri Goblot, in a book called “Qanats: A Water Acquisition Technique”, describes this qanat, as the most original one in the world, is made by people who have had superhuman powers!

He traveled to Iran in 1940 to do research and comment on modern irrigation methods. In his book, he attributes the culmination of creativity to the builders and engineers of Gonabad qanat. 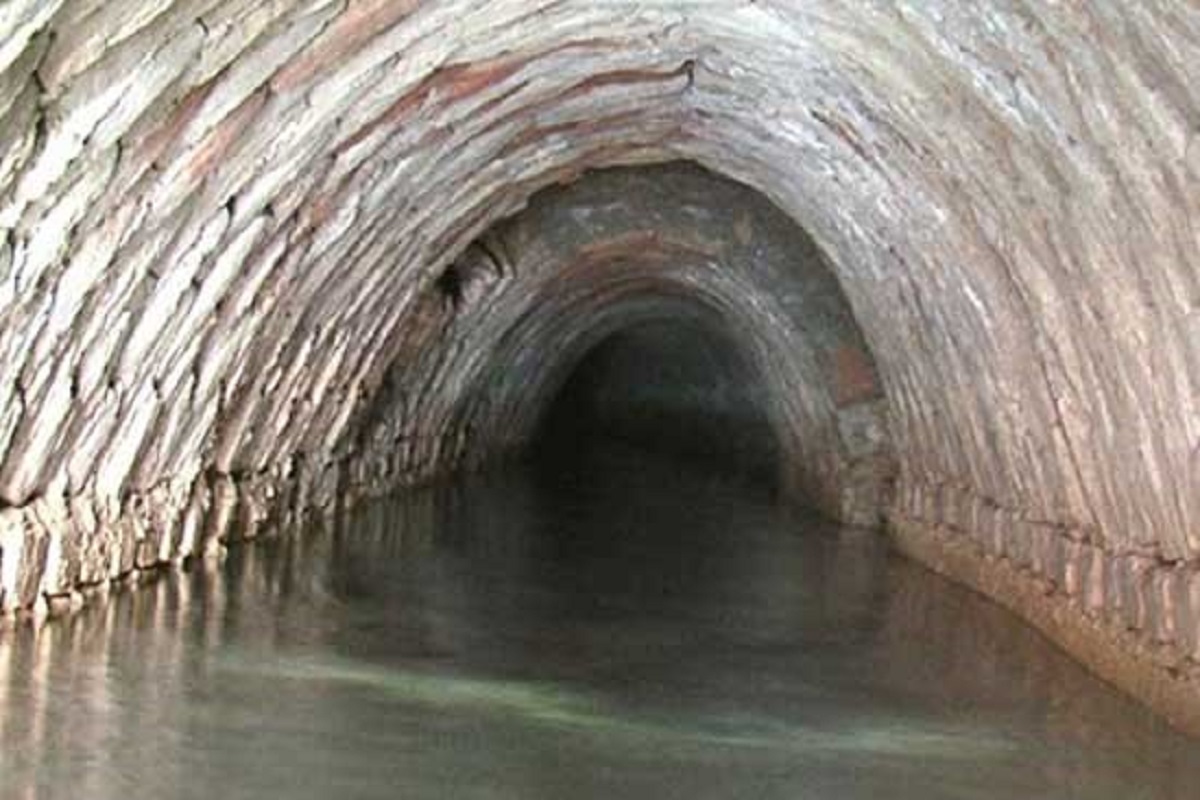 A windcatcher (wind tower, wind scoop) which called “Badjir” in Arabic and “Badgir” in Farsi is a traditional architectural element used to create natural ventilation and passive cooling in buildings and it varies dramatically in shape, including height, cross-sectional area, and internal sub-divisions and filters. Windcatcher first used in North Africa and in the West Asian countries around the Persian Gulf and according to evidence, the first Badgir has invented in the past three thousand years ago by ancient Iranian.

Windcatchers rely on local weather and microclimate conditions, and not all techniques will work everywhere; local factors must be taken into account in the design. The construction of a windcatcher depends on the prevailing wind direction at that specific location: if the wind tends to blow from only one side, it may have only one opening and no internal partitions. In areas with more variable wind directions, there may also be radial internal walls, which divide the wind tower into vertical sections. Windcatchers in areas with stronger winds will have smaller total cross-sections, and areas with very hot winds may have many smaller shafts in order to cool the incoming air. The taller windcatchers catch higher winds which blow stronger and cooler (and in a different direction ) with less dust inside. Night-flushing cools the house by increasing ventilation at night when the outdoor air is cooler; wind towers can assist night flushing.

A windcatcher can also cool air by drawing it over cool objects and windcatchers that cool by drawing air over water use the water as a heat reservoir, but if the air is dry, they are also cooling the air with evaporative cooling. The heat in the air goes into evaporating some of the water, and will not be released until the water re-condenses. This is a very effective way of cooling dry air. 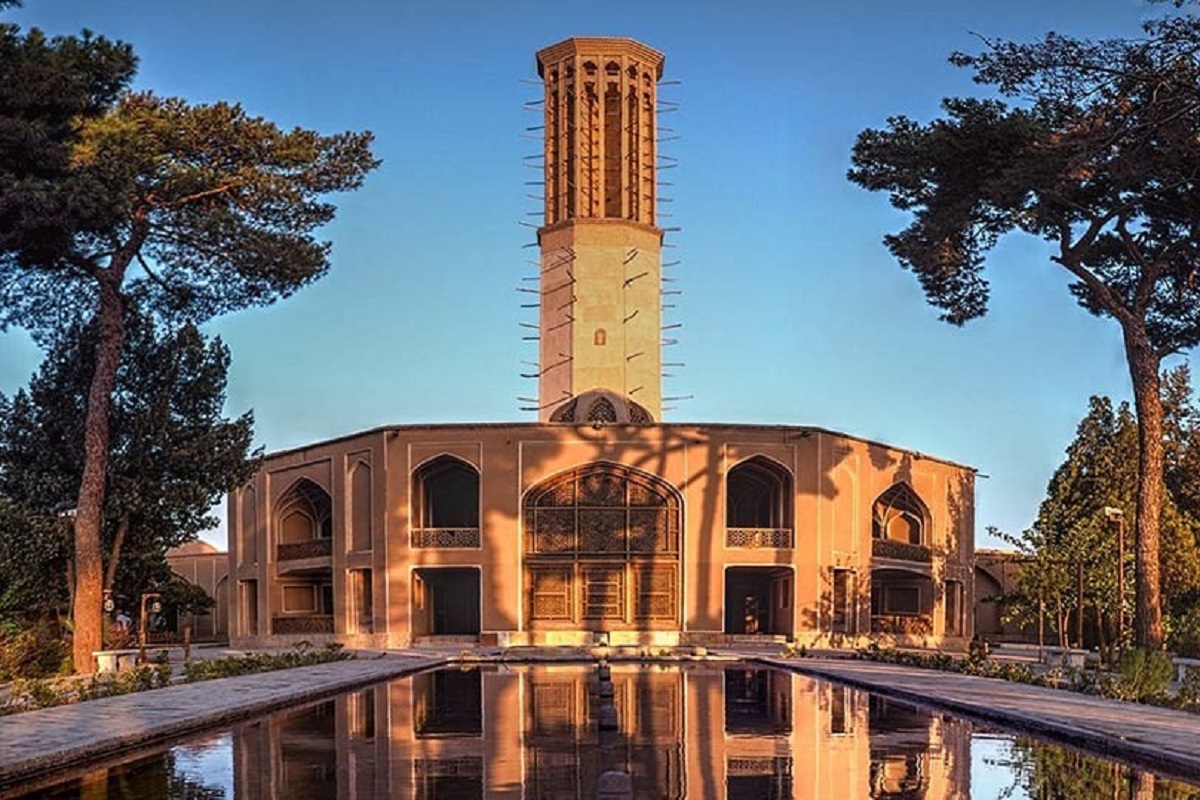 The Yakhchal which was invented by Iranian engineers is an ancient evaporation cooler that has a two-fold and the structure of that had a domed shape but had subterranean storage space.

Sometimes it used to store ice but sometimes was used to store food as well. The ice created and stored in yakhchālcould be used throughout the year especially during hot summer days for many purposes: for instance,  preservation of food, chill treats or make Faloodeh, the traditional Persian frozen dessert. The subterranean space in Yakhchal coupled with the thick heat-resistant construction material insulated the storage space year-round.

The building of Yakhchal allows cold air to pour in from entries at the base of the structure and descend to the lowest part of the yakhchāl, large underground spaces up to 5,000 m3  in volume. At the same time, the tall conical shape of the building guides any remaining heat upward and outside through openings at the very top of the building, and through this active process, the air inside the yakhchāl remains cooler than the outside. Yakhchāls often have access to a qanat and are sometimes equipped with bâdgirs (windcatchers or wind towers). Yakhchal usually built of mud or mud-brick, in square or round shapes with vents at the top which funnels cool air down through internal, vertically-placed wooden slats to the water or structure below. 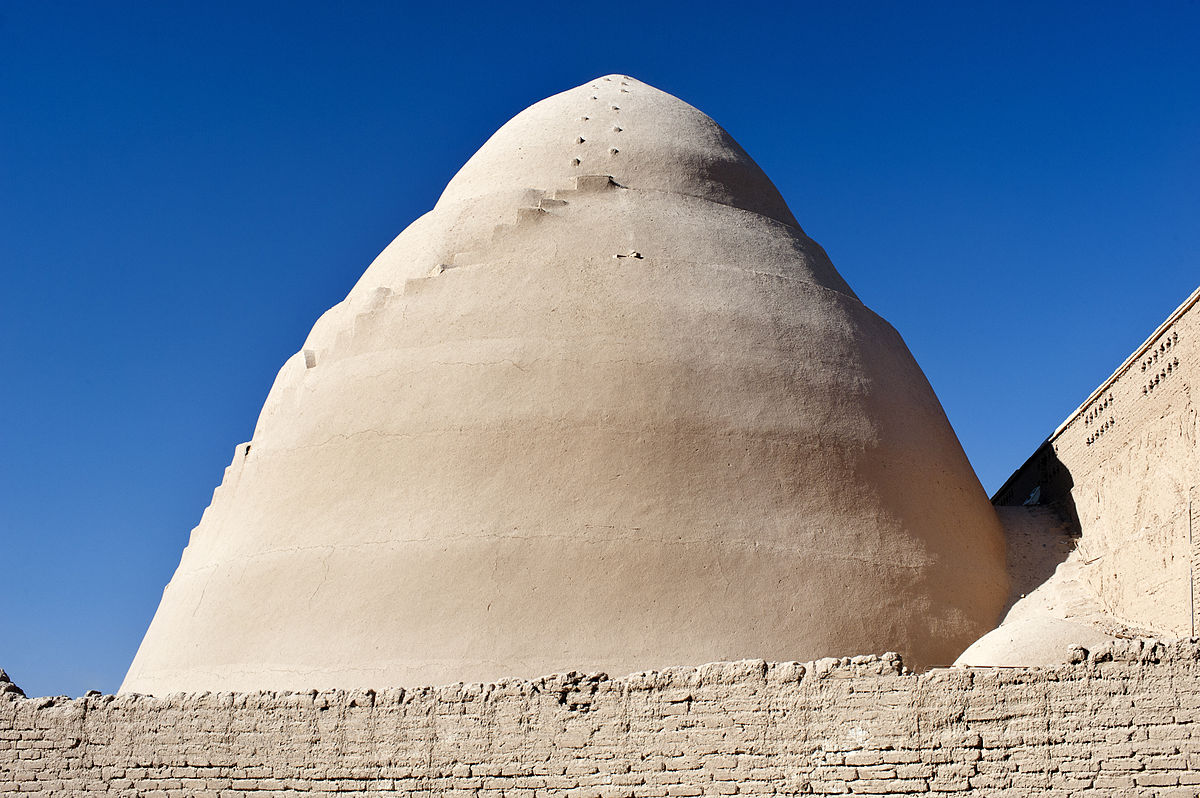 Figure 4: Exterior of the yakhchal in Meybod, Iran

The earliest known references to windmills are to a Persian millwright in 644 CE and to windmills in Seistan [Siistan], Iran, in 915 CE,” the Encyclopedia Britannica asserts.

Windmill, is a device for tapping the energy of the wind by means of sails mounted on a rotating shaft. The sails are mounted at an angle or are given a slight twist so that the force of the wind against them is divided into two components, one of which, in the plane of the sails, imparts rotation. The use of windmills was increasingly widespread in Europe from the 12th century until the early 19th century but after that, they declined because of the development of steam power and the development of the internal combustion engine, and the spread of electric power in World War 1.

The oldest windmills are in the Nashtifan region in northeastern Iran and Sistan situated its southward are amongst the heavens for millwrights for near one and half a millennium  (Figure 5). 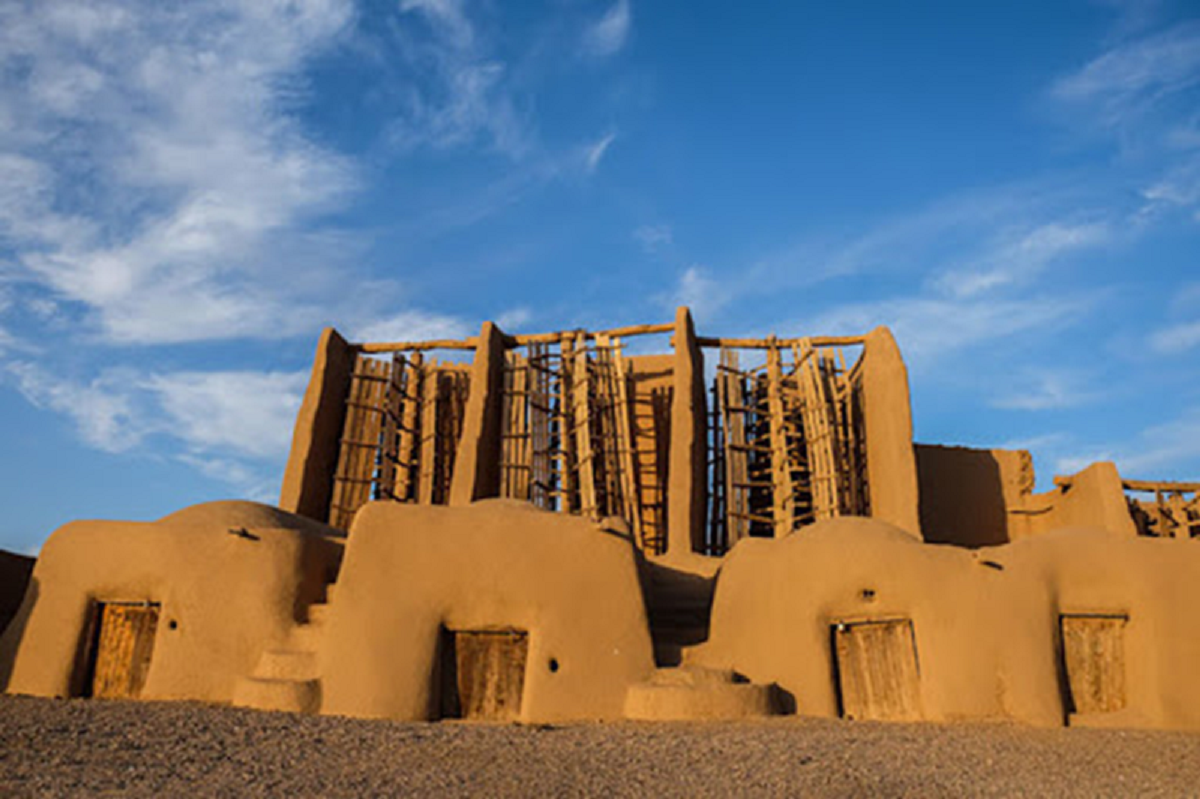 The Cultural Heritage, Tourism and Handicrafts Organization (CHTHO)  in 2008 announced the production of a documentary about the ancient Iranian earthenware bowl bearing the world’s oldest example of animation.  The bowl had been discovered in a grave at the 5200-year-old Burnt City by an Italian archaeological team in the late 1970s. The artifact bears five images depicting a wild goat jumping up and down to eat the leaves of a tree. 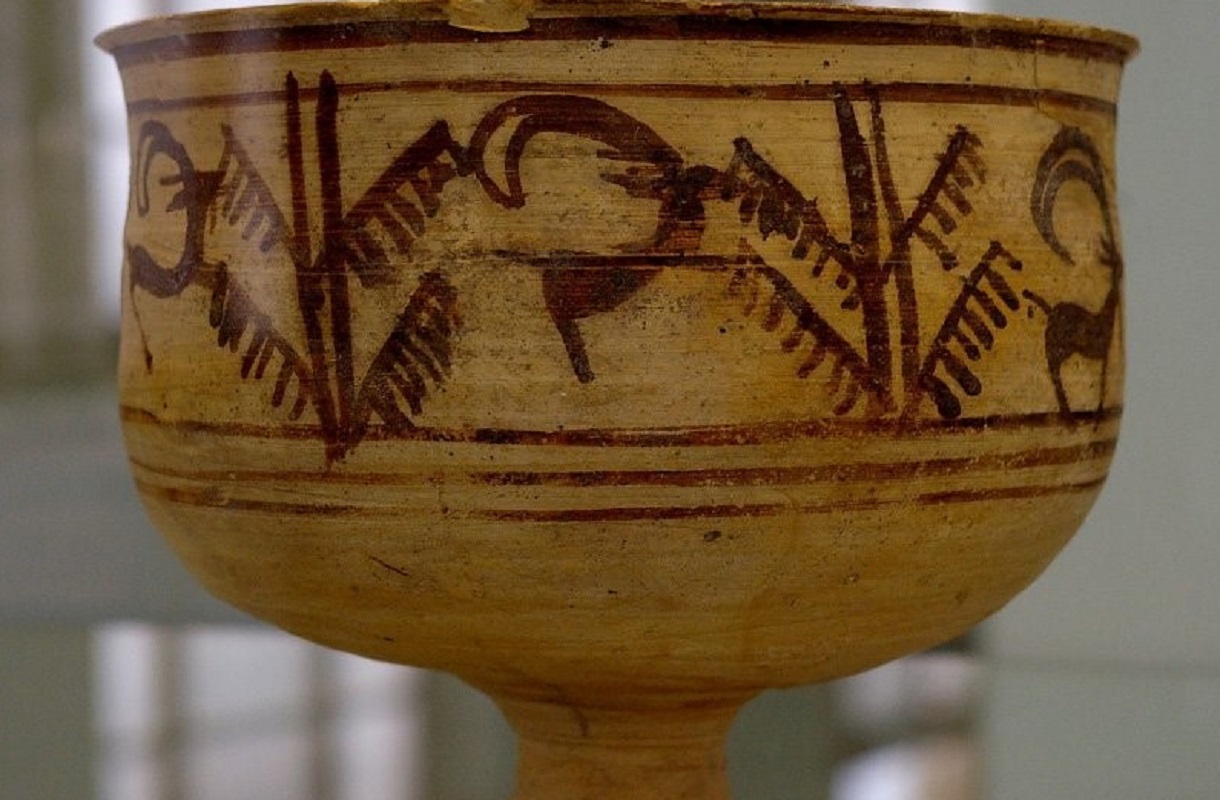 The taxation system which invented in ancient Persian was one of the most necessary sections in the Achaemenid state administration. This taxation system was varied among the empire. In the Persian Empire under Cyrus II and Cambyses, citizens were mostly obligated to give a gift to the empire but the routine taxes was introduced first during the empire of Darius 1(r. 522-486 BC). While Persians, as the ruling people, were exempt from monetary taxes, they were not exempt from taxes in kind and they were paid Babylonian talents of silver to the empire. 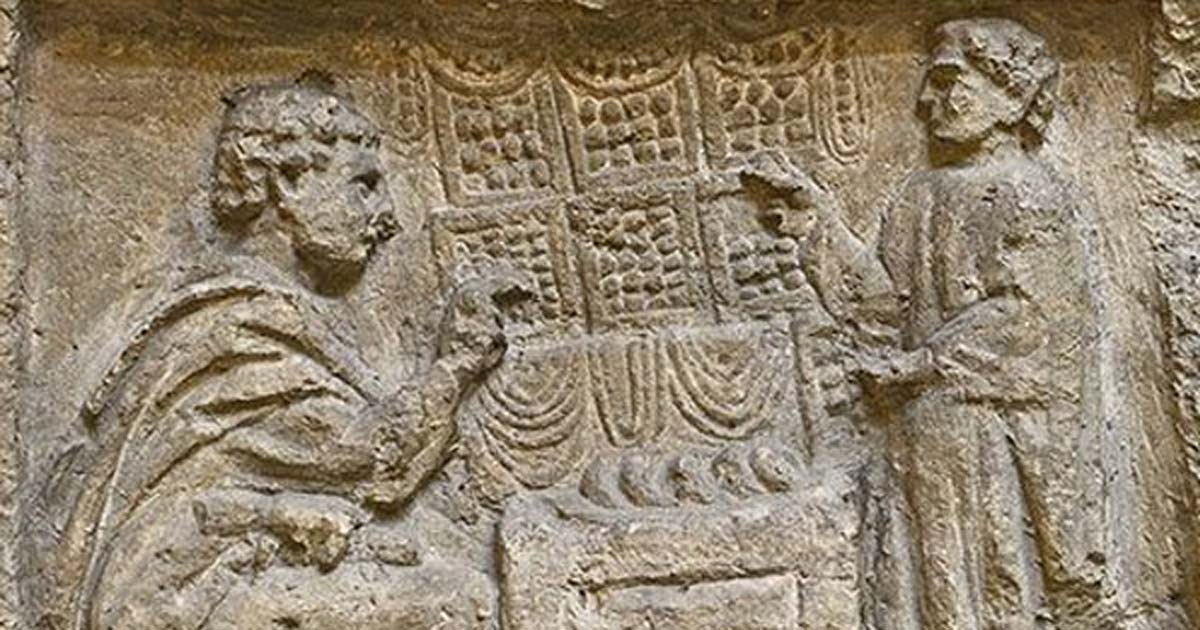 There is reliable proof that the first regular postal system in the world began in ancient Iran. In 550 BCE real postal system was developed in ancient Persia(Iran). The Persian King Cyrus the Great mandated that every region of his kingdom would organize reception and delivery of post to each and every individual citizen. He negotiated with the neighboring countries to follow the same. For the postal service he laid roads from western Iran to the Hakha city in the east.

This postal service was fast and riders and horse-drawn wagons deliver mail all over the region and they didn’t stop the work because of snow, rain, and some things like that. The service used a new system named “ Chaaparkhane”, This Chaapar was like a relay house and many of these “Chaapars” were located close to another. messengers stopped there to pass their packets of mail to another messenger or to change their horses and rely on that so they did not feel tired. 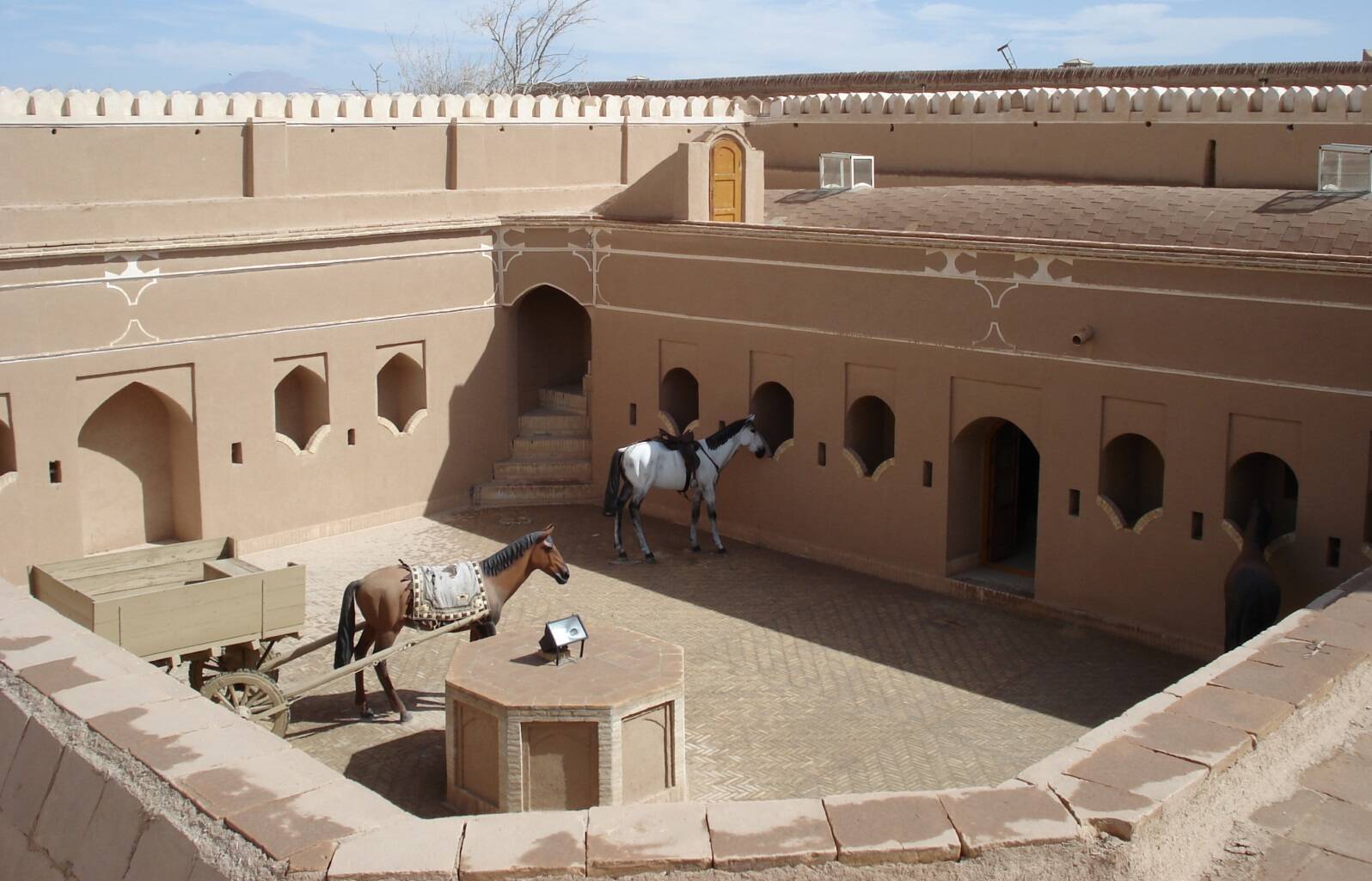 The oldest artificial eyeball discovered in “the burnt city “Shahre- Sukhte” in Iran. It belongs to 2900 and 2800 BC and was made from bitumen and animal fat.

The artificial eyeball which discovered in December 2006, has a hemispherical form and a diameter of just over 2.5 cm (1 inch). It consists of very light material, probably bitumen paste. The surface of the artificial eye is covered with a thin layer of gold, engraved with a central circle (representing the iris) and gold lines patterned like sun rays.

The female whose remains were found with the artificial eye was 1.82 m tall (6 feet), much taller than ordinary women of her time. On both sides of the eye are drilled tiny holes, through which a golden thread could hold the eyeball in place. Microscopic research has shown that the woman's skeleton has been dated between 2900 and 2800 BCE. 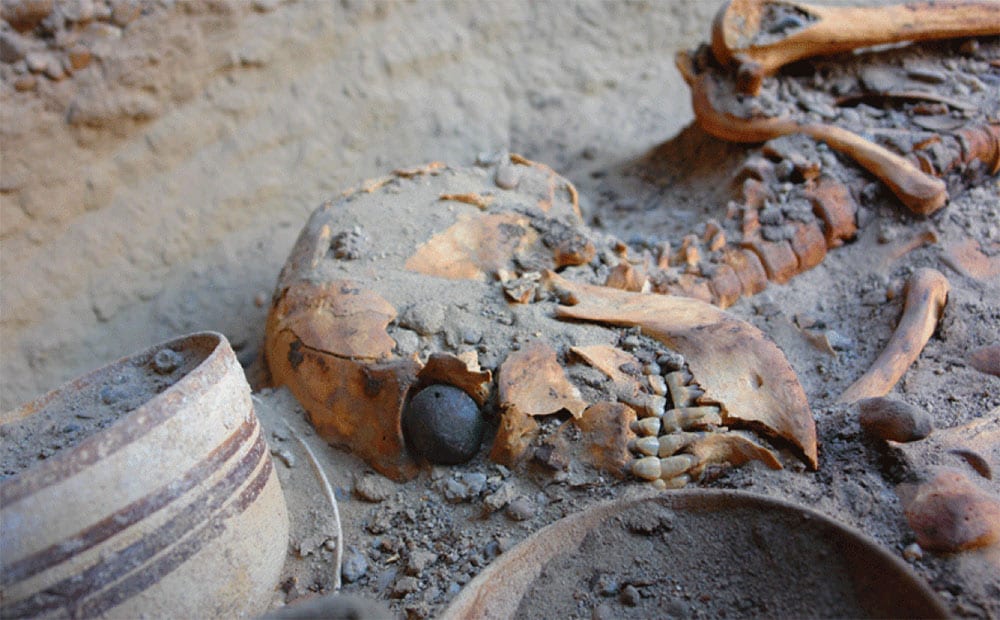 The first Artificial Eyeball had invented in Iran It belongs to 2900 and 2800 BC.

Backgammon, which in Iran, it is called “Nard” is .a popular modern game, was first invented in Persian in about 3000 BC. Today, it is played with two players and the playing pieces are moved according to the roll of the dice. A player wins if he/she is able to remove all of their pieces from the board before their opponent. It was first discovered in Mesopotamia and the archaeologist found a board game with two dice and 60 checkers. This game has high popularity in Iran and we can see the people that play with that in public parks and café.” Nard”, newly version of Backgammon is different from the ancient one in initial positions and objectives.