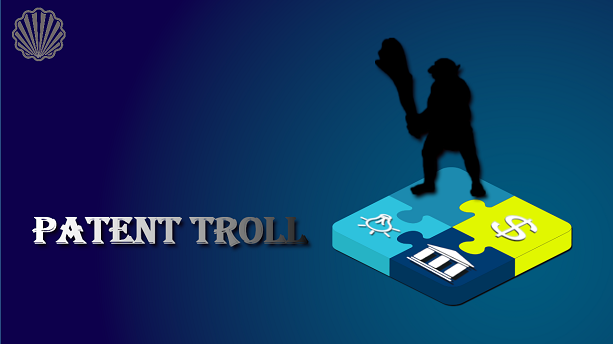 Universities normally share technology with the private sector, Moreover, many when start-up companies get formed based on university research. These are good achievements of universities that are considered publicly funded entities. However, some believe that still there’s not enough evidence that university patenting helps technology reach the public, and there’s a growing body of evidence that patents hinder it. Patents in this context are legal tools that allow someone to monopolize publicly-funded research and capture its promise for a private end.

The monopoly nature of patent as a legal tool led to somewhat different use of it: Assume a limited liability company (LLC) is formed for purpose of only acquiring patents, including what is likely to be low-quality patents of doubtful validity.

The LLC with the acquired patents in hand begins approaching high-tech companies and demanding licensing fees from them. If they don’t get paid, the company will use contingency-fee lawyers and a litigation finance firm to make sure the licensing campaign doesn’t have much in the way of up-front costs.

This results in their power to obtain settlements from companies that don’t want to pay to defend the matter in court, even if a court might ultimately invalidate the patent if it reached the issue.

The larger tech companies can soak up the cost of either litigating or paying off the patent allegation entity, but the smaller innovators will face a much larger burden. In fact, the existence of this licensing entity could harm innovation and competition. The taxpayers have fund research, but in result, the results of the research are not available for all.

That shocking job is what a patent troll does. That’s the kind of entity that always has critics around since they normally use weak patents to squeeze money from operating companies, rather than making their own products.

Do universities act as patent trolls?

Mark M Lamely from Stanford law school, as one of the United States' foremost IP commentators, belies universities could be considered as non-practicing entities since they share some characteristics with trolls, at least if the term is broadly defined. But what makes universities different from patent trolls is they act; if they act badly, the universities could be categorized as patent trolls. He defines the bad act as when they just imposing costs on others by obtaining and asserting legal rights over inventions independently developed by others rather than contribute to  introduce unknown technology to society,

Several universities signed a statement in 2007, assuring them to be mindful of public interests when licensing or selling their patents. The guarantors, including Stanford, Harvard, MIT, and the University of California, agreed that public interests wouldn’t be served by turning over patents to companies who “rely primarily on threats of infringement litigation to generate revenue.” This means this statement was agreed that patents shouldn’t be given away to patent trolls. Unfortunately, not all universities have kept their promise.

According to an unofficial survey, many patents of Intellectual venture (IV), a high-powered patent troll, originally belonged to the US universities (nearly 500 of IV’spatent).

According to this survey, among these universities, two of them including California university and Caltech filled their patent to IV, after 2007 were of those universities which had signed the statement in 2007!

Why universities are forming such a non-practicing entity?

In addition to the survey mentioned above which has warned about filing universities patent in a high-powered patent troll like IV, another shred of evidence published recently revealed some universities enter into a bad action; 15 large research universities have applied to a company that has just been established as a patent licensing company! This patent commercialization company has been secretly under discussion since 2018.

The problem with this licensing company in addition to its troll nature is the quality of the patents are licensed through this LLC.

It seems this new university patent licensing LLC won’t be getting any of the small numbers of impressive revenue-producing patents. The proposal sent to the UC Board of Regents explains that the LLC’s goal will be to get payment for patents that “have not been successfully licensed via a bilateral ‘one patent, one license’ transaction.” The universities’ proposal is to start by licensing in three areas: autonomous vehicles, “Internet of Things,” and Big Data.

In other words, they’ll be demanding licensing fees over lots and lots of software patents. According to this reveal, software patents are the lowest quality patents, and their rise has coincided with the rise of large-scale patent trolling.

With 15 universities now forming a group to license electronics and software patents, it’s going to be a mess for innovators and lead to worse and more expensive products.

The fifteen members of the University Technology Licensing Program are expected to be:

The LLC established by these universities won’t involve in the type of patent licensing that most actual university spinoffs would prefer, which are normally exclusive licenses over patents that give it a product or service no one else has. Rather, “the LLC will focus on non-exclusive sublicenses.” In other words, they’ll use the threat of litigation to try getting all competitors in a particular industry to pay for the same patents!

What disadvantages this could bring to the public?

The real goal of a patent troll entity is to finding alleged infringers, accusing them, and raising money. The universities as a patent troll LLC aren’t going to license their best patents. The public won't benefit such university that a portion of their tax goes to their activities.  For the public interest and innovation, having the nation’s best universities supply a patent-trolling operation is a disaster in the making.