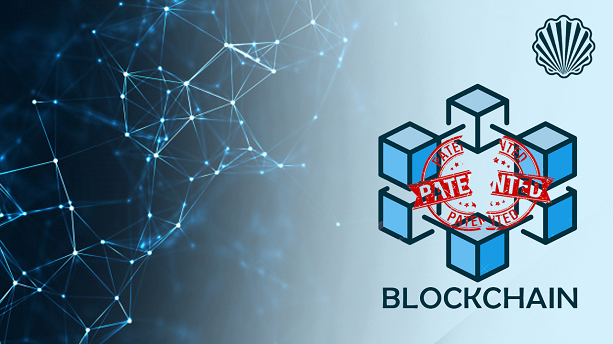 Blockchain’s creator, known by the fictitious name Satoshi Nakamoto, published a paper in November 2008 titled “Bitcoin: A Peer-to-Peer Electronic Cash System.”5 The creator of blockchain in this paper describes blockchain as “a purely peer-to-peer version of electronic cash that would allow online payments to be sent directly from one party to another without going through a financial institution.”  Among the eight references cited in the paper, the oldest dates back to 1957 and references algorithms.

Essentially, blockchain was created to facilitate the transaction of the digital currency Bitcoin, but due to its applicability, the number of other applications for blockchain technology has grown significantly.

Regardless of the number of innovations and patent filings, the commercial potential of blockchain is still vague! Some observe blockchain technologies as a risky, abstract, and unsafe investment in the long run, while others are certain blockchain technologies will reform the world economy. Regarding many uncertainties around this technology, intellectual property (“IP”) protection plays a significant role in protecting the significant investments at the moment being made in blockchain innovations.

Since the functioning of the technology is based on a series of steps performed, getting a patent on it is similar to getting a software patent which could be considered as an abstract idea/algorithm in many jurisdictions. Therefore patenting blockchain technology regarding the nature of technology, seems to be challenging!

This article looks at this main issue: whether blockchain innovations are “legal subject matter” eligible for patenting and is blockchain the kind of thing that the patent system will even permit patenting?”

Although Blockchain seems to be a complicated subject, its core concept is quite simple indeed. A blockchain is a type of database. To be able to get the picture of blockchain, it would be better to first understand what a database actually is.

A database is a collection of information that is kept electronically on a computer system. All data in databases as a rule is constructed in table format to allow for easier searching and filtering for specific information. A question may arise here: what is the difference between a spreadsheet to store information and a database?

Spreadsheets are designed for one person, or a small group of people, to store and gain access to limited amounts of information. A database in contrast is designed to contain considerably larger amounts of information that can be accessed, pass through a filter, and operated easily and in a fast manner by any number of users at the same time.

Large databases accomplish this by keeping data on servers that are made of powerful computers. To have the computational power and storage space necessary for many users to access the database simultaneously, the servers usually are built by employing large numbers of computers. The spreadsheet or database which are accessible to many users is often own up by a business and directed by a group of individual who are appointed already each other and agreed to control over how it works and the data within it.

What does a blockchain system bring for users that is different from a database?

The way the data is structured is the key difference between a typical database and a blockchain: in a blockchain system, blocks have particular storage capacities. When the capacities are filled, then chained onto the formerly filled block, developing a chain of data which is known as the “blockchain.” All new information that follows those freshly added blocks is collected into a newly formed block that once filled, will also be added to the chain.

In a database, data is structured into tables while in a blockchain the data is arranged into chunks (blocks) that are chained together. It can be concluded that all blockchains are databases but not all databases are blockchains. When implemented in a decentralized nature, this system could be able to make an irreversible timeline of data.

Each block in the chain is given an exact timestamp when it is added to the chain.

Another key characterization of blockchain is its decentralized nature. when we observe blockchain in the context of how it has been implemented by Bitcoin. We see that Bitcoin needs numerous computers to store its blockchain. For Bitcoin, this blockchain is just a specific type of database that stores every Bitcoin transaction ever made.

In a blockchain, each node has a full record of the data that has been stored on the blockchain since its beginning.

The data in Bitcoin is the entire history of all Bitcoin transactions. If one node has an error in its data it can use the thousands of other nodes as a reference point to correct itself. This way, no one node within the network can modify information held within it. Because of this, the history of transactions in each block that make up Bitcoin’s blockchain is irreversible.

Transaction flow in a blockchain (reference)

If one user corrupts with Bitcoin’s record of transactions, all other nodes would cross-reference each other and easily identify the node with the incorrect information. This system helps to establish an exact and transparent order of events. For Bitcoin, the data is a list of transactions, but it also is possible for a blockchain to hold a variety of information like legal contracts, state identifications, or a company’s product inventory.

To amend how that system works, or the information stored within the blockchain, a majority of the decentralized network’s computing power would need to agree on said changes. This ensures that whatever changes do occur are in the best interests of the majority.

Another specification of the blockchain system is its transparency nature: all dealings can be observed transparently by either having a personal node or by using blockchain explorers that allow anyone to see transactions happening live. Each node has its own copy of the chain and when fresh blocks are confirmed and added, the node gets updated therefore everyone could track Bitcoin wherever it goes.

Patentability of the Blockchain

Since the functioning of the technology is based on a series of steps performed, getting a patent on it is similar to getting a software patent which could be considered as an abstract idea/algorithm.

In the United States, Alice Corp. Pty. Ltd. v. CLS Bank International is frequently cited for issues dealing with software patents. Alice case was decided by the Supreme Court in 2014 and is about the patentable subject matter. The patent at issue in Alice was a computer-implemented scheme for lessening settlement risk. Referencing 35 U.S.C. § 101, the Court explained that it has “long held that this provision contains an important implicit exception: Laws of nature, natural phenomena, and abstract ideas are not patentable” because they are “the basic tools of scientific and technological work,”

The court decided this since monopolization of those tools due to granted patent might tend to hamper innovation more than it would tend to promote it,’

In previous cases such as Gottschalk v. Benson, the Court rejected as ineligible, patent claims involving an algorithm for converting binary-coded decimal numerals into pure binary form, holding that the claimed patent was “in practical effect and the patent on the algorithm itself is a patent-ineligible abstract idea."

Similarly, in Parker v. Flook, the Court held that a mathematical formula for computing “alarm limits” in a catalytic conversion process was also a patent-ineligible abstract idea.18 More recently, the Court in Bilski v. Kappos held that the patent at issue (the basic concept of hedging, or protecting against risk) is an “abstract idea” because “hedging is a fundamental economic practice long prevalent in our system of commerce and taught in any introductory finance class.”

Getting a patent on blockchain technology which uses a peer-to-peer network using proof-of-work to record a public history of transactions is like getting a patent on an algorithm, is directed to an abstract idea, and is likely going to fail the first step of the Mayo/Alice test under the US

What is the Mayo/Alice Test?

(1) Determining whether the claims are directed to a patent-ineligible concept; and

(2) determine whether the claim’s elements, considered both individually and as an ordered combination, transform the nature of the claims into a patent-eligible application.

By considering Mayo, the court could note that a claim that simply recites conventional steps at a high level of generality does not supply the necessary inventive concept for transforming the claim into patent-eligible subject matter under the second step.

In Europe accoring to new guidline, almost similar approach uses to examine the patentability of blockchain technology which is called “two-hurdle” approach:

1.      First Hurdle. The claimed subject-matter must have a technical character, but claims may contain both technical and non-technical features; and

As a general rule, algorithms or computer coding on its own are often considered non-patentable abstract ideas, but one way to overcome this hurdle is to focus on the hardware components and the processes that enable the technology to operate. In fact, the patent may still be patentable subject matter depending on the drafted specific claims, if the second point of the Mayo test is satisfied.

For this purpose, ideally the patent application specification must be drafted with a focus on how the technology is tied to physical elements, such as underlying hardware which can be more challenging for blockchain innovations!

A good indicator that a claim is directed to statutory subject-matter is that it provides a technical solution to a technical problem. Any block chain patent specification has a well-drafted story highlighting strengths of the invention and describing the claimed features as being physical elements directed towards a system, a method or a computer-readable medium, rather than an abstract formula or process of the mind.

Novelty and Inventive Step
To get a patent, even if an application claims become known as patentable subject matter, the blockchain invention still needs to show novelty and no obviousness. Both novelty and nonobviousness are determined at the date of invention. But the principal difference between the two is that while novelty requires a single piece of prior art with all the limitations, nonobviousness can use combinations of prior art.

Therefore, even if a specific blockchain technology can be patented (In US based on 35 U.S.C. § 101 as a “process”), the invention application still have a hard time passing the novelty and non-obviousness requirements.

If you would like to have guildlines on examining blochchain ad other technologies which might be challenging, the ollowing reference may halp you:

USPTO has published Guidance documents which although not targeted specifically to blockchain technology, but provide insight into strategies for the drafting and prosecuting of blockchain-based patents. you can find the guidance here and here.

The EPO website includes a useful Guidelines in html format, including sections relating to computer-implemented inventions. The new Guidelines provide detailed information on well-established practice, which includes the