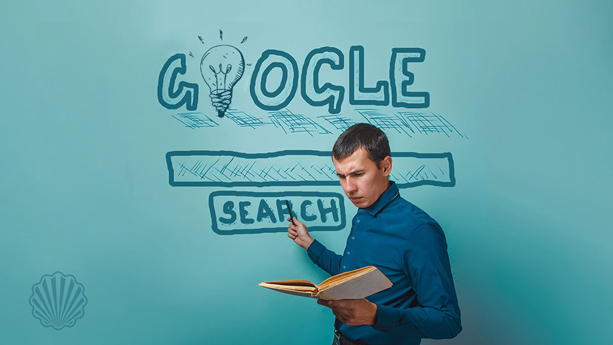 These days, struggling with new information is an issue that we all deal with intensely. The information has become an important part of the life of the modern world, and in our daily lives, large parts of daily routines are affected by the information. For example, when you decide to plan a trip for a few days, you need to know what the weather will be like within the next week.  Or when you are in an important business meeting, you should inquire about the latest price of raw material related to your business. Even if you are sitting at home and your child comes to you with a strange question, you need new information that you can answer your child quickly.

In all abomination situations, the first option that probably comes to mind is to go to your smartphone or laptop and type the popular phrase "www.google.com" into your browser. The weather forecast, raw material prices, food habits, and animal characteristics and much more can be found in this search engine. In other words, all you have to do is Google what you want and enjoy amazing results to improve your knowledge.

This powerful and efficient search engine was invented in 1998 by two talented graduate students at Stanford University, Larry Page and Sergey Brin. You may be wondering why the word "invention" was applied for this search engine.  The answer is that an invention means a product, a process, or a way of doing something which has never been made or never existed before.

Obviously, by this definition, it is not only physical and tangible products such as airplanes, telephones, and radios that are among the inventions that are considered as an invention. In other words, in addition to these valuable inventions, another set of inventions and innovations have been developed, mostly based on the advancement of digital technologies and the Internet; such as the next generation of communication technologies (5G), software applications, and even automated vehicle navigation technologies.

Another noteworthy thing about Google's invention is that it was created and developed by two academics. Larry Page and Sergey Brin were two Stanford University students, and in fact, Google can be considered one of the paradigms of university entrepreneurship in recent decades. In the past, universities solely focused on education and research (along with an emphasis on fundamental research rather than applied research), while in recent years, in addition to traditional functions, the university has turned to entrepreneurship and Manufacturing value-added. This is so obvious that the term "third-generation universities" is used to describe current innovative universities.

Perhaps you are wondering what a search engine is? Is Google the first Internet search engine? If there are other older examples of a search engine, what has been the key to Google's remarkable success?

A web search engine is designed to carry out web search and based on the keywords provided by the user, identifies and provides the most relevant content available. The search engine components consist of the search software (Boolean operators, search fields, and display format), the spider software which is responsible for reading web pages, database, and algorithms related to the results list.

But what made Google an attractive and efficient search engine for users, despite the early search engines in the advent of the Internet? Larry Page and Sergey Brin met at Stanford University in 1995.  they were graduate students in computer science and had begun collaboration on the development of a search algorithm at first known as "BackRub" in 1996. This project was a very valuable research paper entitled "The Anatomy of A Large-Scale Web Search Engine".

Brin and Green's innovative search engine was unique and distinctive from other similar ones; Because Google designed a system of scores called PageRank that used the link structure of the web to determine which pages are important.  Until then, search engines ranked results based on how many times a keyword appeared on a webpage.

Inspired by the initial success of their search engine, Larry Page and Sergey Brin launch Google. the name of the search engine originated from the word "googol". (the digit 1 followed by one hundred zeroes is mentioned later in the book "Mathematics and the Imagination" by Edward Kasner and James Newman. The new name, Google was meant to signify the amount of information the search engine was to handle.

The inventors of Google tried to assign their product to others through licensing; but since they did not find any licensee, they decided to retain the ownership of the invention and by providing more funding, develop the invention. Their strategy was to develop a stylish, practical product so that they could offer it to the general public, not to an investor or technology used.

Page and Brin's ambitious strategy paid off, and Andy Bechtolsheim, the founder of Sun Microsystems, decided to invest in the Google project. He was so excited, so he said, 'Instead of us discussing all the details, why don't I just write you a check?'' He gave them $100,000 at the first meeting. Interestingly, Mr. Bechtolsheim made the check out to Google Inc., despite the fact that Google as a legal entity did not exist yet. Google received money from three other angel investors, including Amazon founder Jeff Bezos and the total venture capital reached one million dollars.

Google developed the PageRank algorithm and in 2001, the patent was granted. the patent application was filed in January 1998 and on September 4, 2001, the patent "US 6285999" was granted and Larry Page was named as the inventor. Since then, Google continued to grow exponentially and marketed its products including Gmail, Google Docs, Google Voice, Google Drive, and even the Chrome browser.

Today, Google can be considered one of the most innovative technology companies in the world, which in addition to internet products, has also invested in other fields of technology, including self-driving cars and smartphones.

Obviously, extreme innovation and investment in research and development activities require efficient protection. As a result, Google is one of the most active patent players in the world. Google inventors received a record of 2102 U.S. patents in 2019, according to the 2019 IFI Claims Institute Top 50, which ranked the company in the top 15 companies above Toyota, General Electric, and Hyundai.