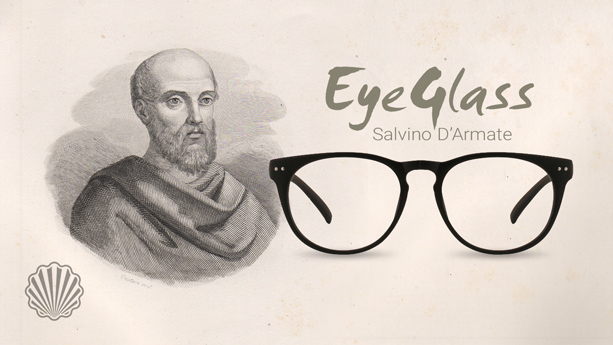 One of the most important God’s gifts to us is the ability to see or the power of sight. Close your eyes for a moment and imagine that you could never see the scenery around, parents and friends’ faces of, the beautiful night sky, or the screen of your smartphone. Do you agree that life would be definitely hard and unpromising!

But for a variety of reasons, God’s gift of seeing doesn’t properly work in some people because of some reasons; such as natural deficiencies, genetic problems, some rare diseases which lead to vision problems, or complications over time and old age that happens naturally in eyes.

In the simplest situation, a person's eyes are able to see around, but not as clear as what normal eyes can see. However, it should be noted that nowadays, this kind of weakness, is not considered as a big challenge for the people.

The weakness of eyes is something that can be easily solved with eyeglasses. If you look around, you will probably see many people who wear glasses intermittently (for example, during working hours or studying) or wear it permanently. But imagine what was happening when people didn’t have glasses and many challenges they faced.

Glasses can be considered as one of the greatest human inventions, an invention that has helped millions of people in history to have a better vision of the world. To better understand the importance of this valuable device, we draw your attention to some research results, that has implied nearly 60% of people need a certain type of corrective lenses for sharper images, although many of them may be unaware of this need or do not take any action for that.

According to studies, although it is said that glasses were invented in 1317 AD, the idea of ​​glasses invention, back to one thousand years ago and almost 1000s BC. Interestingly, there is a great deal of disagreement about the first inventor of glass; however, in some sources, we face the name of Benjamin Franklin, as a glass inventor, who was one of the founders of the United States!

As mentioned in the previous paragraph, the earliest data of glasses back to about 1000s BC. The ancient Romans were the first, who find out the ability of glass to improve vision (especially during reading) and for magnifying letters and have a better sight of them. They normally used magnifying glasses (magnifying glasses in the shape of large glass spheres).

Although those glasses can also be considered as first glasses, the invention of glasses in its modern sense dates back to the early years of the thirteenth century (and perhaps a little earlier).

For many years, the invention was attributed to a man named Salvino D'Armati, a 13th-century Italian from Florence. An epitaph found in the church of Santa Maria Maggiore in 1841 describes D'Armati as "the inventor of spectacles," but it's now considered a fake claim.  As the term "inventor" was not a common term those time.

However, there are many shreds of evidence that devices similar to the current glasses (including glass and frames) were used in the thirteenth-century in Italy. Interestingly, in these glasses, animal horns were used as glass frames, which were either placed on the nose or closed from behind with special straps. In practice, these glasses consisting of two small glasses and a rough frame, which did not meet the aesthetic aspects in their design, and all people had to use the same shape and the same degree of magnification! church’s nuns mainly used these glasses during the Renaissance, and after a while, the popularity of glasses were increased between the public.

This led to the improvement of the technologies used in the manufacturing of spectacle glass as well as the designing of frames. The best proof of this turning point in the development of spectacles is referring to the leftovers of the Renaissance, especially the paintings of that period. Many of these paintings feature scientists with glasses on their faces, often with straps attached to the back of their glasses. One of the most important technical advances in connection with the invention of glasses is to pay attention to the eyes weakness degree and make lenses of glasses with different thicknesses based on the weakness degree.

Italian spectacle makers made spectacle lenses of various thicknesses based on a primary optometric test. The good performance of these glasses and their widespread reputation led the Italians to develop and promote them throughout Europe. However, the emergence of this invention and the high cost of its manufacture, led it to be used only among the rich people. It should be emphasized that in the Renaissance, education became a valuable resource and a symbol of superiority, and therefore, glasses were considered a symbol of intelligence and success of the nobles and the rich.

The technology of making spectacles seems to be remained unchanged for centuries, until the seventeenth century, when the golden age of the spectacle industry began with a series of innovations. One of the first innovations of that time was due to the efforts of Benjamin Franklin.in those times, convex and concave glasses, were used to treat a special type of vision disorders, but there was no solution for people with both types of disorders. In 1784, Benjamin Franklin was able to solve this problem with the invention of bifocals (Bifocals are eyeglasses with an upper and lower half, the upper for distance, and the lower for reading).

Another important innovation in the spectacle industry was the making of the so-called "Trifocals" spectacles in 1827. The invention, developed by John Isaac Hawkins, helped cure presbyopia (a type of vision disorder that occurs in people over the age of 40). About a century later, in 1929, sunglasses in the modern sense were born. Using polarized lenses, Edwin H. Land made it possible to increase the visibility in the sunlight, and by redesigning them several times by 1936, he completed and commercialized his invention. In 1937, he founded Polaroid Corporation and marketed his invention in the form of sunglasses, dazzling car headlights, and stereoscopic (3D) photography.

The radiation goggles were extremely attractive for nature lovers and who did hobbies such as fishing or water sports, so quickly gained public attention. It should be noted that in 1752, a man named James Ayscough introduced his innovative glasses with colored glass to the market. He believed that colorless glass might be harmful to the eyes, so he used green and blue glass. Those glasses may be considered as the first examples of sunglasses in the world, which were made not with the purpose of protecting the eyes against radiation, but to correct and adjust vision disorders.

Along with the technical developments related to spectacle glass, which were followed by bifocal and trifocal specimens and eliminated multiple vision disorders, efforts were made to change and correct the spectacle frame. Plastic frames, first made for sunglasses during World War II, are one such innovation. In the 1950s, almost in parallel with the development of spectacle glass, plastic became the most popular material for the production of spectacle frames.

Another interesting innovation was photochromic glasses, which darkened in exposure to sunlight and normal glasses could act as a pair of sunglasses. In the absence of sunlight (for example, in the home environment), these glasses look like ordinary glasses. Although photochromic glasses were made in the 1960s, they were not well welcomed by the public until the early 2000s, where they became one of the most desirable models on the market.

Finally, we must mention the protective glasses against harmful light and blue color of digital screens, which has been introduced to the market as one of the latest technical innovations in the eyewear industry. As computers have become an integral part of human life since the 1980s, and the process of interacting with digital screens, large televisions, and smartphones has resonance, therefore new glasses to prevent eye strain and disruption in the cycle of people's sleep have been invented.