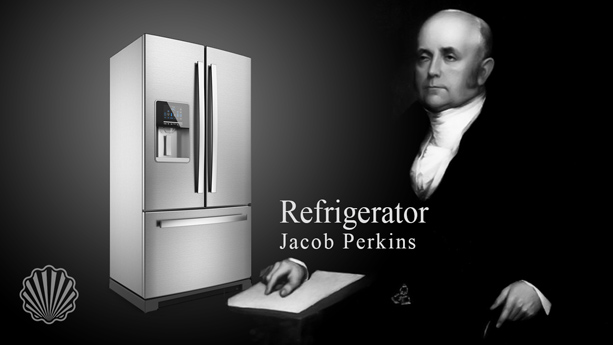 Imagine, you returning home on a hot summer day while your clothes are sweating from heat intensity. Probably the first decision that you make is to drink a glass of cold water and quench your thirst from the sun's heat. Exactly like water on fire! A simple task is ahead of you, just you should go to the refrigerator, picking a glass of water, and drinking cold and freshwater.

Having no refrigerator in the house to keep a water cooler is impossible. Isn’t it? The fact is that although the existence of refrigerators' and freezers' is commonplace and such a  simple thing in every house in today's modern world, but if you think about the lack of this essential and functional device for a moment, then you find out more about the value and vital role of it. Whereas many of the foods at room temperature suffer from fast spoiling, this essential invention has increased the productivity of food products by increasing the period of food using and plays a critical role in societies from an economic view.

But this important historical invention, from how long ago, where and how become a practical device?

Before inventing the refrigerator, what the people do with their foods?

How did the process and development of this invention?

Before the introduction of mechanical refrigeration systems. People had to use the environmental condition to prevent the spoiling of the foods’. For this purpose, they were used snow and ices' that existed in the environment or they had to bring snow from the top of the mountains. The first cellars' that used to keep food fresh were holes that had been dug in the ground and covered with wood or straw. Saving food with some snow and ice in these holes delayed their spoilage partly. Even in some areas, people have created special environments for keeping ices' that they achieve in winter and these ices meet their needs until next summer. This process continued for centuries until the appearance of the refrigerator and modern freezers that changed everything and destroyed the need for cellars' for keeping the food fresh.

The first idea for the refrigerator-freezer was introduced in 1748 by a Scottish inventor named William Cullen. Although this invention was very creative, it wasn’t used in practice and remained as a mere idea. Then, in 1805, Oliver Evans designed a very technical and detailed idea for the first refrigeration. But this innovative idea didn't become practical until 1834 when the first practical refrigeration apparatus was built by Jakob Perkins. Perkins' innovative device which used a vapor compression cycle to reduce temperature, although it was better than the former sample, it still wasn't commercially successful.

A decade later, an American doctor named John Gorrie, inspired by Oliver Evans' primary idea, designed and built his own refrigerator. He used this device for cooling the air and treating patients with yellow plague (yellow fever). About the second half of the nineteenth century, the competition for improving and developing the efficiency of the refrigerator was beginning. In this way, protection of inventions' and innovations' through patent registration, it was on the agenda of the inventors. For example, in 1876, a German engineer named Carl von Linden started to patent the gas condensate process as part of basic refrigeration technology. Actually this wasn’t the first patent activity in this field, and before him, AlexanderTwining in 1850, James Harrison in 1856, and Ferdinand Carre in 1860 registered their inventions' in England and France. It is even said that Jacob Perkins patented his invention for vapor compression and succeed to receive a patent.

James Harrison -The Australian-Scottish inventor-was pursuing the development and commercialization of his inventions in a serious way. In addition that he made the first mechanical ice machine, he sold refrigerators' based on vapor compression to meatpacking companies' and beverage production companies' and until 1861, Tens of samples of these machines were used in different factories, and even some of them come' to the people houses’. The interesting part is that the first US patent in the subject of refrigerators' and other cooling devices' registered years later(1898). This patent, which had registered by Albert T Marshall, was confirmed finally by the U.S. Patent and Trademark Office on August 8, 1899, and was certified US 630617. Marshall's innovative device included automatic shut-off of the engine on certain conditions and automatic adjustment of the water used in the refrigerant cooling process.

Over the next two decades, he registered other patents and finally assigned them to the Automatic Refrigeration Company. The company supplied its first home-made refrigerator in 1914, and in 1918, with renaming it Kelvinator, introduced the first temperature-controlled refrigerator. According to reports until 1923 the company owned about 80% of the refrigerator market in the United States; until 1927 with the introduction of the famous "Monitor-Top" refrigerator by General Electric, the competition between manufacturers became hotter than ever. It should be emphasized that one of the most important turning points' in line with the development of refrigerators' was the introduction of Freon gas as a safety standard for the refrigerant. From 1890 to 1929, when refrigerators come to the home, the use of toxic gases such as ammonia, methyl chloride, and sulfur dioxide as refrigerants material caused some deadly accident.

In response to this subject, three US companies, Frigidaire, General Motors, and DuPont, in a collaborative research, developed a safer way to cool refrigerators. The end result of this collaboration was the discovery of Freon gas, which within a few years became the common standard for all produced refrigerators. However, some decades later, it proved that chlorofluorocarbons were harmful to the environment and had a bad effect on the ozone layer. In recent years, some countries have tried to reduce the use of this substance and even replacement refrigerants like "HFO-1234yf" have been used by these countries.

It should be noted that today, some refrigerators have been introduced by progressive companies in the industry that use solar energy, Magnetic energy, and sound energy for cooling food. However, these highly advanced technologies have a long way to go for being fully commercialized, and until now, the same refrigerants and old compressors are used as the dominant technology.