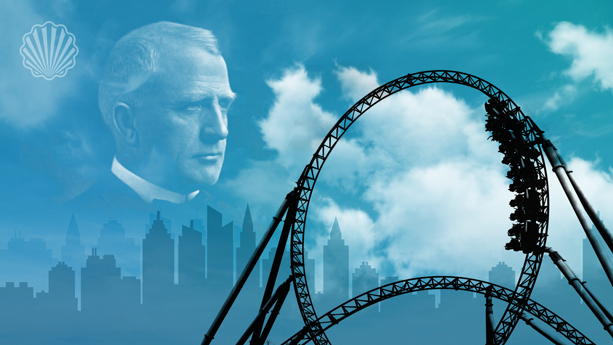 Roller Coasters is one of the most popular amusement ride devices in amusement parks. People, especially young ones, wait in long lines for hours to experience thrilling and joyful minutes, come with continuous screaming, feeling of suspension and weightlessness on the steep slopes, and dangerous twist and turn of the machine.

There are many reasons why people like Roller Coasters, from high speeds and frightening twists and turns to high altitude and sudden downpours that can lead to a mixture of excitement, fear, and fun. People who ride Roller Coasters experience different emotions. At the beginning and before boarding the machine, they just want the waiting queue to be shortened and get on the train as soon as possible. In these moments, the feeling of excitement reaches its peak. Now it's time to get on the train.

The machine is slowly accelerating and in the middle of the road, fear overcomes other feelings of people on the train. They probably wish to back off time and not selecting ride on this machine! And they just noticed their continuous screamings that show the horror and fear from the depths of their being. In the end, the train stops and everyone takes turns getting off. Everyone, happy and woozy by all this excitement, tell themselves how soon it ended. The feeling of fear has disappeared and has been replaced by the thirst to experience this unforgettable adventure!

Whether you are a fan of the Roller Coasters or you are scared to ride them, have you ever thought about how this amusing ride machine was invented? Who invented it for the first time and what was his motivation for doing so? Since its invention, what changes have taken place in the aerial trains, and what has been the path of its development and evolution? 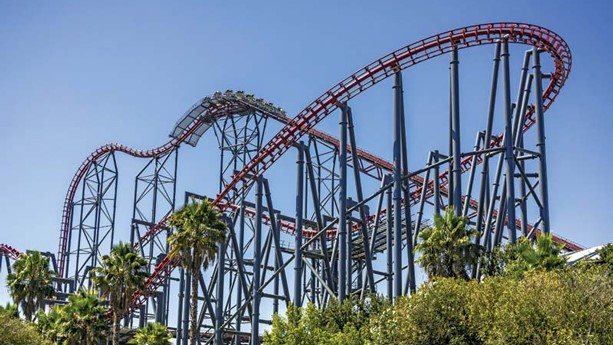 Shreds of evidence reveal that the aerial roller coaster was first built in the United States by a man named LaMarcus Adna Thompson. This interesting and probably strange invention for people amusement of late 19th century (June 1884) was installed for the first time in "Coney Island", New York.

Born in Ohio in 1848, Thompson was a creative man and had an interest in technology who had invented the machine for the production of women's socks that invention made Thompson a wealthy man, and because of his physical weakness, he became retired very soon and its income came only from his patent.

He was a highly religious man, and like many Americans, he was concerned that the culture of urbanization and rapid development at the time led to critical habits among citizens. He believed that expanding of pubs, gambling, and dance halls, after the end of the Civil War, were turning America away from religion and promoting immorality.

Thompson wished to do something special, and finally, while he was enjoying his vacation in Pennsylvania, he came up with a completely different idea of ​​inventing the sock machine. In the small town of Mauch Chunk, he saw a group of young people using an old mining railroad for fun. The length of the railway was about 9 miles, which was later increased to 18 miles.

The wagons, which now carried young people, sloped using gravity at a remarkable speed. This may seem like a perfectly normal phenomenon, but remember that in those days, cars, trains, and airplanes were not usual and practically no man-made moved at that speed. 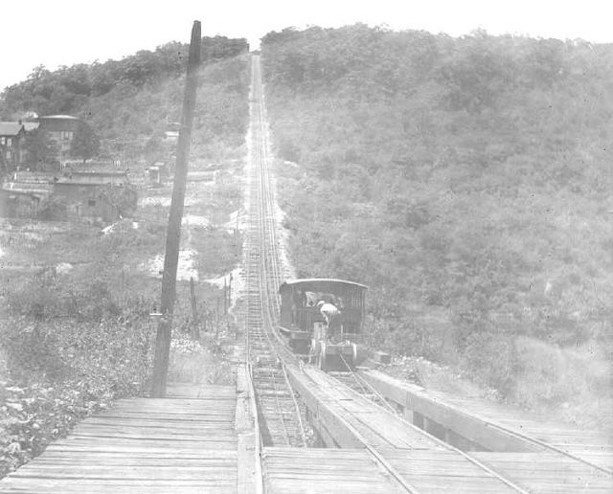 Thompson observed that tourists paid a dollar (which was a considerable amount at the time) to ride in this exciting device and enjoyed a nearly 80-minute ride. He immediately drew up plans for a smaller version of the old railroad, taking into account the two main features he had seen: "wagons similar to those in Pennsylvania" and "a system to prevent wagons from moving backward."

Thompson was well aware of the importance of protecting new ideas, and benefiting from his previous satisfying experience with patenting the sock weaving machine, he immediately files his invented wooden structure with the U.S. Patent and Trademark Office. Eventually, in January 1885, his invention patented in the number of "US 310966".

Thompson chose Coney Island to implement his idea; an area in New York where had many the running tracks, restaurant, theater, and many people who unlike Thompson, chose pubs and gambling halls as one of their hobbies. He wished to push these people to a healthy emotion and to warn against immoral acts! 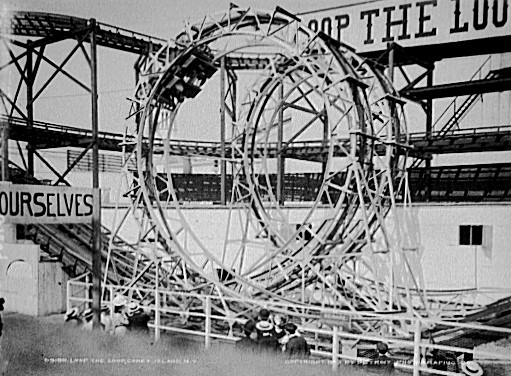 That amusing device Launched as the “Gravity Pleasure Switchback Railway”, and its speed was less than 10 miles per hour and was designed to include several downhills for the greater enjoyment of users. The speeding up of the device and its combination with gravity, caused the train carriages to work back and forward. In three weeks, Thompson's income rose to more than $ 600 a day ($ 15,000 today), which led him to consider starting a company to further exploit his invention.

Company «L. The A. Thompson Scenic Railway was founded in 1895 and since its establishment, a variety of fun trains and roller coasters appeared throughout the United States and other countries. Interestingly, Thompson improved its initial ideas and in continuation of his innovators' ideas, he filed about 30 patents related to the installation of various types of tunnels, artificial mountains, and landscapes, and flashing lights. He passed away in 1919 while millions of people were enjoying his invention.

He registered more than 100 patents in this field and many of the safety equipment used in aerial trains, including seat belts and resistance wheels, are the result of his innovations. Perhaps the inventions filed by him can be considered as a real, practical, and more modern model inventor of aerial trains.