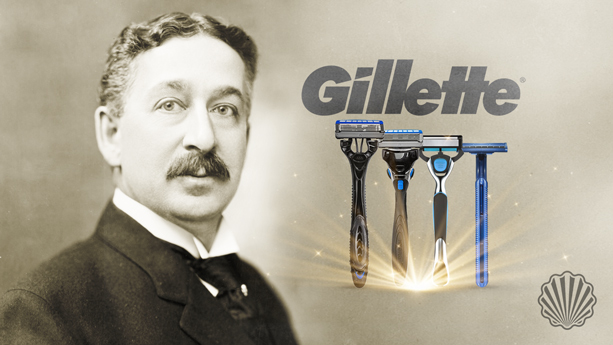 Shaving and trimming the beards is one of the most common and even, daily tasks of men. Today this is done using a variety of electric razors and disposable safety razors. However, before the invention of this equipment, many people faced many challenges for daily trimming.

Imagine waking up after a day off and having very important meetings ahead. You are brushing your teeth but when you suddenly look in the mirror, realize that you have not shaved your beard. After inserting a new razor, you will solve the problem quickly. You would probably say to yourself that this is a fairly common happening, but you should know such easy access to these cheap and efficient razors has not been simple, and there has been a creative, inventive, and highly commercialized person behind it.

King Camp Gillette, born of French descent, was a member of one of the thousands of immigrant families who immigrated to and settled in the United States in the 17th century. H he was born in 1885 and spent most of his childhood and adolescence in Chicago. Gillette was very interested in trade and business, and this led him to turn to this profession. He could not achieve what he had in mind, and in fact, in the fourth decade of his life, he was still a small retailer. He worked for the inventor of beverage bottle’s cork. One day his boss told him, "Invent something for people to use and then throw it away. “This idea has worked for me." Gillette was a little surprised, but she spent the whole day thinking about what he could invent for a single-use!

“Invent something that people can use and then throw it away”

One morning as he was in front of a mirror shaving his face, an idea suddenly came up in his mind: What if a sharp, safe, disposable blade was produced?

To better understand this idea and why Gillette came to his mind, we should understand those days’ situations; in those times, daily shaving was common among many American men. The main problem, however, was the blades, which were very sharp and dangerous. A second distraction was enough to injure the face and making wounds on the face or neck. Gillette came up with the idea of ​​making the daily shaving and shaving process better and easier. He tried to replace the thick and dangerous blades that were used over and over again with thin, safe, disposable blades. Eventually, with the help of a man named William Nickerson, he achieved what he had in mind.

It should be noted that before Gillette and Nickerson, efforts were made to make safe blades and even uncomplicated prototypes were introduced to the market. However, Gillette was able to offer a fully functional and better quality product. Moreover, Gillette was diligent in discussing the registration and protection of his patents, and on December 3, 1901, he filed his application with the U.S. Patent and Trademark Office. The result was a patent certificate No. US 775134, which was granted on November 15, 1904. This patent played an important role in commercializing and earning Gillette from its innovative razor. 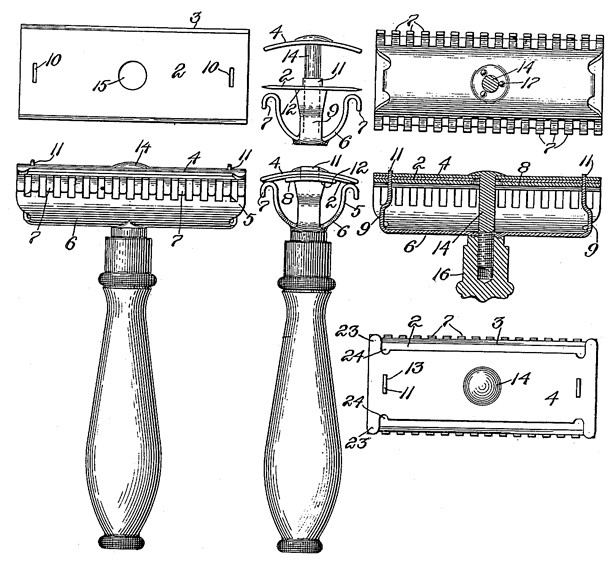 Gillette and Nickerson began selling their product in 1903. Although only 51 razors and 168 razors were sold that year, product sales rise steeply as public acceptance increased. Just a year later, sales of razors exceeded 90,000 and razors exceeded two million.

Gillette was a creative and innovative person. He did not limit himself only to the invention and considered an interesting model for selling products. While selling the razor at a very low price (and even at a relative loss), he set a high price for dozens of blade packs that fully offset the loss.

Thanks in part to Gillette's low prices, automated manufacturing techniques, and good advertising. Sales and distribution were handled by a separate company, Townsend and Hunt, which was absorbed by the parent company for $300,000 in 1906.

With Gillette's unique innovation (which in a sense was not even his own initiative), the problem that humans have been dealing with for centuries, sometimes with oyster shells and sharp stones and then, with sharp and very dangerous razors, has been easily solved. Years later, Gillette relayed to his employees what he had once heard and relied on to succeed: "We have to offer something that, on the one hand, the customer always needs, and On the other hand, it should be reusable and disposable, so that it can come to us again to buy it."

Gillette, even with its simple invention, earn money fast and became one of the millionaires of his time. However, he had other interesting ideas. He was a Utopian Socialist. He published a book titled The Human Drift (1894)[ which advocated that all industry should be taken over by a single corporation owned by the public and that everyone in the US should live in a giant city called Metropolis powered by Niagara Falls].  He did not know that the simple delicacy of a razor is not compatible with the complexity of human affairs!