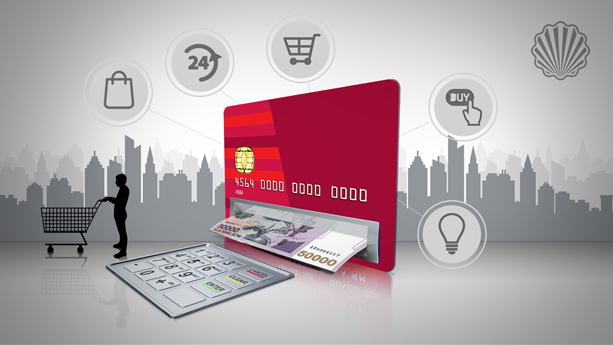 Money is one of the most important human inventions that was able to completely change the form of human transactions and exchanges. With the use of money (including gold and silver coins of the past centuries and current fivers), the need to exchange goods into goods was partially eliminated and the possibility of buying and selling goods and products became possible.

However, in recent decades, another important change has taken place that has reduced the need for cash. Imagine going to a supermarket and putting a lot of your home necessities in the basket. When you leave the store, instead of paying for a package by cash, take out your bank card and simply complete your purchase. As another example, go to a bank banker and pay your bills or bank loans without any cash exchange.

You may use to having a bank card and see not any unusual things by using it, but it is enough to look around to see the influence of this unique invention on the personal and business affairs of individuals. Interestingly, with the outbreak of the Covid-19 epidemic, using no cash (due to the possibility of transmitting viral infection) was announced by health institutions, which could be another reason for the importance of credit cards and their key role in human life.

Do you know how a credit card was invented? Has its form and shape changed any from the very beginning of its invention? Are its development and evolution taking place in a historical context and gradually? When did modern credit cards will be used and what changes they will make?

It is essentialt to note that the validity and use of it in transactions is as old as the history of trade. In other words, perhaps in the past, there was no such thing as a credit card as it is today, but exchanges based on trust between buyer and seller and trading without the use of cash have taken place in a different way. According to historical sources, in Mesopotamia, a special type of pottery was produced that was used for trade with other communities. If we consider the use of credit transmittals in business in modern history, we must go back to the early years of the nineteenth century.

In the 1800s, Western merchants used credit coins and charge plates to assign credit to local farmers and ranchers, allowing them to make purchases without paying cash until their crop was harvested or sold. In 1877, Edward Bellamy, the famous writer, and journalist, first mentioned the use of cards to pay for goods and services in his novel Looking Backward. He repeated the phrase "credit card" eleven times in his book!

A century later, the use of credit allowances became more common; Several major American department stores, hotels, and oil companies began offering prepaid credit cards which are considered as the beginning credit card usage era. These credit cards were issued only to employees and in the form of contracts with certain vendors, allowing employees to pay their bills, and at the end of the month, the entire amount was withheld from their salaries. Obviously, in this process, the general use of credit cards in the form of customer loyalty and service improvement concepts was not a priority.

The first try to produce and use modern credit cards was made in 1946 by an American banker named John Biggins. He introduced cards called "Charge-It" that made it possible for bank customers to make local purchases. Five years later, the Franklin National Bank in New York implemented the same idea and issued the first relatively large-scale bank credit card to its customers. It should be noted that after World War II, the use of credit cards for the entertainment and food industries was partially accepted.

Despite these efforts and the development of the concept of credit cards, the turning point of this path, which actually led to the invention of the credit card in its modern sense, was a simple event in a restaurant. In 1950, Frank McNamara, the founder of Diners Club, went to a business meeting at a fancy New York restaurant. After dinner, when the waiter brought the bill to the table, he realized that he had not brought his wallet with him. He had a high reputation and the problem was easily solved, But McNamara thought to himself, could this problem be solved more fundamentally?

The result of his idea was the making a small cardboard card called the "Diners Club Card", which was introduced by him and his partner, Ralph Schneider. The card was designed to pay restaurant bills, and the customer had to pay to Diners Club at the end of the month. In just one year, the number of cardholders reached more than 20,000, and its use was practically expanded to other entertainment and even travel destinations.

These developments accelerated the final commercialization of modern credit cards until, in 1958, American Express revealed its credit card. Founded in 1850 as a competitor to the US Postal Service, the company had many innovations in its portfolio. For example, in 1882, he launched his financial ordering service, and in 1891, he offered travel checks to the market and customers. B

These developments accelerated the final commercialization of modern credit cards until, in 1958, American Express unveiled its credit card. Founded in 1850 as a competitor to the US Postal Service, the company had many innovations in its portfolio. For example, in 1882, he launched his financial ordering service, and in 1891, he offered travel checks to the market and customers.

Given the idea of ​​the Travel Expense Card, which was introduced in 1946 before the Diners Club credit card introduced, American Express seemed to be ready and capable of developing another stunning innovation!

The scope of access to the American Express innovative card service quickly expanded to other countries, and the production of durable plastic cards (as a replacement for cardboard cards) began in 1959. In five years, one million credit cards were issued to 85,000 foreign and domestic merchants, which was a huge success for the postal company.

You probably agree that banks are the best place for providing and issuing credit cards. The history of the development of credit cards also confirms this. The famous Bank of America has been offering its credit card since 1958, focusing on the California market. This card, later renamed the "Visa Card", is one of the most prestigious credit cards in the world today. In 1966, a group of California banks introduced a second bank credit card called the MasterCard, which is now a serious competitor to the Visa Card.

Was the credit card innovation process stopped at this point? Contrary to popular belief, this was just the beginning. Ron Klein invented the magnetic stripe on credit cards. He used the same technology as the tape recorder, attached it to a card, and then encrypted the numbers on them. His next step was to develop a scanner that would allow him to regularly update and compare data with a database. He never patented the idea for his magnetic tape, and because of this, the technology was soon used everywhere in the world. In the 1960s, IBM used magnetic tape to validate credit cards, which made the use of the invention even more practical. Since then, the use of credit cards has continued to rise, and in parallel, the issue of card security and secure capture through "RFID" technologies has emerged.

There was still a big flaw: "Everything in one summarized  physical card." This problem has been somewhat lessened by the digitalization of the economy and the advent of advanced technologies such as blockchain, and it seemed that future credit cards would be a combination of online and mobile payment technologies. A clear example of this was Apple's unveiling of the Apple Pay service in 2014, which is the first widely used mobile payment technology. It seems that we have to wait for more creative ideas, so that in the coming decades, for example, the pattern of veins or "DNA" will replace the current magnetic chips as a credit card payment confirmation!

Studies show that the first "US" patent to use the term "Credit Card" was a patent numbered US 2714049, filed in 1951 by an inventor named Kenneth R Germann. In 1955, it was awarded a patent. This patent describes a credit payment system for gas stations. Finally, consider the wide range of patents granted by inventors, given the widespread use of credit cards and the development of modern models in less than a century, which coincided with the increasing importance of the protection of inventions and innovations. Technologists and companies large and small are registered.