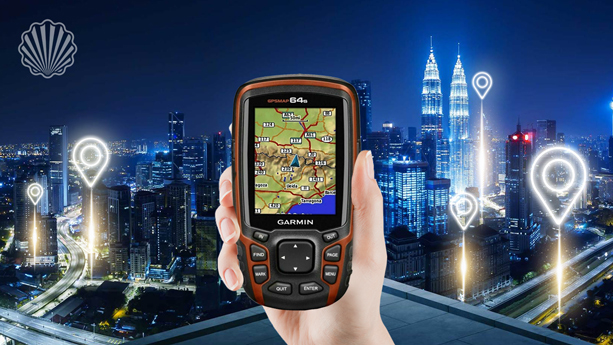 The Global Positioning System (GPS) is one of the most incredible inventions in the 21st century to identify the object for example vehicle) in high precision locations. Just set it and then you can sit back and be guided to where you want to go.

This technology was created in 1973 and was first introduced to the public in the mid-1980s. The technology is a satellite-based radio-navigation system provided by the United States government and operated by the United States Space Force. It is one of the global navigation satellite systems (GNSS) that arrange for geolocation and time information to a GPS receiver anywhere on or near the Earth where there is an unobstructed line of sight to four or more GPS satellites. In this article, we will learn more about the history of this important invention.

Many wonderful inventions and innovations created in the 21st century have made human life different from previous centuries; Electric and self-driving cars, giant supersonic aircraft, CRISPR gene-editing technology, advanced communication systems, and many more, are just a few examples of these innovations. Thanks to the creative minds of various inventors and innovators, usage such innovations have entered in our daily life. Among them, some inventions had more influence on all human life and could be considered revolutionary inventions. GPS positioning technology is one of these inventions.

Studies show that over the years, GPS technology has come a long way and had great development which led this technology to be much more efficient.  Moreover, many advancements have happened for electronic receivers which converted them to a smaller and modern system and made it applicable for a wider range of devices. The United States currently uses 32 satellites to communicate with multiple monitoring and signaling stations that connect millions of electronic devices around the world.

But the questions raised here are when and how did this revolutionary technology begin?

GPS was created in 1973 and was first introduced to the public in the mid-1980s. In other words, almost a decade was necessary to develop and commercialize the original invention. In answer to the question of who came up with the original idea for the GPS design and why such an idea was born, it must be said that the military industry was behind this valuable invention. In other words, GPS was originally built for military purposes. The goal was to develop a global navigation platform that was always available and could improve existing navigation systems.

However, with the development of the technology and its commercialization on a global scale, this technology considered to address the public many requirements, and many applications were defined for it in daily life, such as unis it in vehicles, rescue endangered people in inaccessible places, and so on.

As it was mentioned, the US Department of Defense has played a major role in the development and operation of this system around the world. Key and influential inventors in the creation and development of GPS include Roger L. Easton, Ivan A. Getting, and Bradford Parkinson. A review of patent documents reveals that the original patent for the technology belongs to Roger Easton, who filed it with the USPTO in October 1970 under the title "Navigation system using satellites and passive ranging techniques". The patent was issued as "US 3789409" in January 1974.

However, the influential patent in this field back to patent No. 2709773, filed in 1945 by Ivan A. Getting, whose patent was issued a decade later by the USPTO! Interestingly, Ivan A. Getting and Bradford Parkinson received the prestigious «Draper prize» from the National Academy of Engineers in 2003 and they honored by the National Inventors Hall of Fame for their efforts to develop and commercialize the GPS system.

(1) An antenna, which receives the signal and, in some cases, has anti-jamming capabilities;

(2) A receiver-processor unit, which converts the radio signal to a useable navigation solution; and

(3) A control/display unit, which displays the positioning information and provides an interface for receiver control.

One interesting thing about GPS technology is its US ownership of it which led to other countries' arguments over it. The European Union, for example, announced in 2004 that it was creating its own proprietary Global Navigation Satellite System (GNSS), called Galileo. Despite some delays, it was announced in January 2010 that the first Galileo system contracts had been signed and efforts were toward making it operational. providing improved positioning and timing information with significant positive implications for many European services and users.

The Russian-developed Galileo and Glonass parallel systems use the same GPS frequency band and are expected to lead to a new innovation competition among tech-savvy countries. It is obvious that the protection of these technological innovations and the acquisition of intellectual property rights, has its own huge importance.