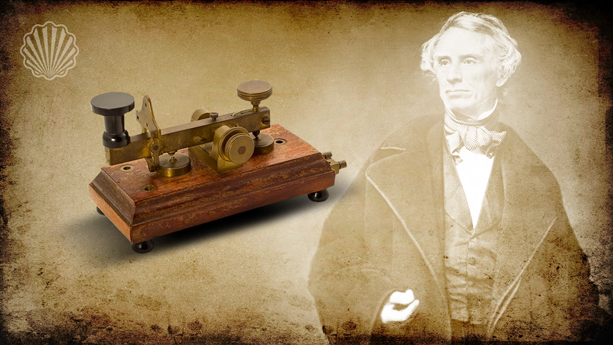 Today, communicate with the other side of the world and transfer a huge amount of information is as easy as possible. Communication can be in form of voice calls, emails, video images, and so on. Have you ever think what the means of communication between people were before the Internet and the current smartphones?

In this article, we will briefly explain the history of communication technologies and read more about the invention of the telegraph and the efforts made to create this important historical invention.

Communication technologies are of the most influential innovations in human life, which huge influences s in the business environment, industries, and even very private interactions of individuals. Today, it is as easy as possible to communicate with the other side of the world and transfer a huge amount of data in the form of voice calls, emails, video images, and so on.

Have you ever wondered what means of communication were used before the development of the Internet and smartphones? Let's go back to the past; How did people communicate with each other before the invention of the telephone? Even Earlier, before the development of the electric telegraph in the 19th century how information was transmitted across long distances, When those great changes were introduced to the world and how?

If we look back at the history of human societies from the beginning to the present, we will realize that communication has had a profound effect on human life. Since ancient times, people have tried to come up with new ways of communicating and interacting with each other in a more easy approach than before with creativity and innovative ideas. Sending various signs and signals in darkness, or drumbeats or smoke signals to exchange information between far-flung points.

It is said that a few centuries before Christ, In the Persian civilization,  the Iranians were able to transmit their news and messages over a distance of more than 400 kilometers in less than two days, which was a huge speed in that era. To do this, they put people at regular intervals and delivered messages to each other by shouting!

Subsequently, with new efforts, a kind of visual telegraph was developed in ancient Rome, in which messages were transmitted from the set on fire and special forms of letters. Interestingly, this method was developed by the Greeks and a practical method of transmitting messages between telecommunication towers was created. For centuries, the development and improvement were too slow until the advancement of new sciences and technologies happened in the industrialization era which completely changed the process of communication between people.

The turning point was the invention of the telegraph in 1843 by Samuel F. B. Morse, which made it possible to transmit messages via remote signals. The word telegraph is derived from the Greek words "tele" meaning "distant" and "Graphein" meaning "writing".

Before the development of the telegraph, a kind of visual recording system was used to transmit messages over long distances using variable displays. One of the most successful video telegraphs was the system invented by the Three French Brothers in 1791. This was a modern precursor to the electric telegraph, developed in the early 1790s, the semaphore consisted of a series of hilltop stations that each had large movable arms to signal letters and numbers and two telescopes with which to see the other stations. The chain of towers at distances of 5 to 10 km allowed long-distance transport. In addition, efforts to develop a new telecommunications system and transmit messages over power lines began years before Morse's invention.

Like ancient smoke signals, the semaphore was susceptible to weather and other factors that hindered visibility. A different method of transmitting information was needed to make regular and reliable long-distance communication workable. Earlier In 1774, an anonymous Italian inventor invented a prototype device with a string numbered alphabetically. By connecting the power supply, it was possible to send messages at close distances, but this distance limitation prevented its commercialization on a large scale. Next, the famous German physicist Karl August Steinheil was able to produce an electromagnetic telegraph with a single wire. In this interesting device, the ground was used instead of the second wire (news carrier).

These improvements continued until Samuel Morse was able to develop the telegraph and immortalize his name as the inventor of this valuable technology. The idea of ​​using electricity for telecommunications is said to have occurred to Morse when he returned from Europe in 1832 during a conversation on a ship. Michael Faraday's electric magnet was the subject of a shipwreck, and Morse came up with the idea that an encoded message might be sent over the wire. As a student at Yale College, he developed the idea that he did not fully understand the nature of electricity and its role in his mental invention. After periodic attempts to work with batteries, magnets, and wires, he eventually approached Leonard D. Gale at New York University.

Gill was a professor of chemistry and was familiar with the electrical work of Joseph Henry, an innovator, and inventor at Princeton University. Interestingly, before Morse's serious attempt to realize his idea, Joseph Henry proposed the idea of ​​the electric telegraph in an article in 1831. Gill's contributions to the paper are a key factor in the development of Samuel Morse's innovative telegraph system. Gill not only identified the faults in the proposed system, but he also showed Morse how he could regularly increase signal strength. And use the transmittal system to overcome the distance problems encountered. Early artistic experiments, Gill's help, and the subsequent hiring of a young technician named Alfred Vail were the keys to Morse's great success.

By December 1837, Morse was so confident in the new system that he applied for federal credit. He demonstrated the telegraph system in New York and Washington and hoped to commercialize the invention quickly. Economic issues of that time resulted in delaying of this process. But during this period Morse traveled to Europe again, not only to try to protect patents abroad but also to examine his opposing systems. After meeting with Charles Wheatstone, the inventor of one of these electric telegraph systems in Europe, he realized that although this powerful competitor had built a clever mechanism, his own personal system was much simpler and more efficient. It should be noted in order to protect his invention, Samuel Morse, filed several patents in the United States, including the patent "US 4453" (issued in April 1846) and "US 6420" (granted In May 1849).

The Morse system used an automatic transmitter consisting of a plate with long and short metal rods representing the Morse code (equivalent to the alphabet and numbers). The operator moved the pointer connected to the battery and the transmitter wire through the rods and immediately, the appropriate points and lines were sent over the line. The receiver, on the other hand, used an electromagnetic with a pencil-like tool at the end. When the magnet was working, the pen made small indentations in the paper tape, and then the tape was read by the operator.

Morse's postponement was finally over. In 1843, economic issues were addressed, and Morse again asked Congress for $ 30,000. This amount allowed him to build a telegraph line from Washington to Baltimore (forty miles away). The House of Representatives accepted the request, and the budget was given to Morse with the signature of the President. The construction of the underground telegraph line began, something that completely changed the world of communications in less than a decade.

Samuel Morse had thought everywhere and hired an experienced civil engineer named Ezra Cornell to build his telegraph line. Cornell did a great job, but one of Morse's partners bought wires with defective insulation, and that wasted a lot of time. The project was coming to an end and it was difficult for Morse. Cornell suggested a faster and cheaper way: "wiring from the top of trees and electric poles." This interesting idea ensured the timely completion of the project and the successful connection between the Capitol Building in Washington and the Baltimore Railway Station. The first message was sent by Morse on May 24, 1844, at 8:45 a.m., with the subject: "What hath God wrought?" Taken from the Bible.

Soon, when the wires of telegraph lines were connected above the beams and the floor of the Atlantic Ocean, this unique communication system became popular in Europe and the United States, and the history of human communication entered a new era; the era that was completely different with the invention of the telephone and the advent of the Internet. The major drawback of the telegraph was that only one message could be sent at a time, and on the other hand, there was still a need for manual delivery of the message at telegraph stations.

This factor led Graham Bell to consider creating and developing a harmonic telegraph. Bell and his colleague Thomas A. Watson also worked on the idea of ​​the electrical transmission of the human voice. Interestingly, the role of Joseph Henry in the invention of the telephone is also prominent. He met Graham Bell in March 1875 and, after hearing his idea, strongly encouraged him. That encouragement gave Bell and Watson more determination, and eventually, the telephone was invented!