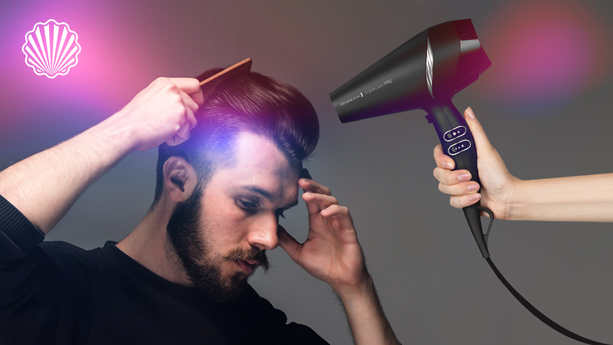 Humans have an inherent desire for beauty, orderliness, and cleanliness, which results in many beautiful works and art, such as pretty painting and sculpture. Prioritizing physical appearance is on those desires. Advances in technology and inventors' innovations have made this human priority more quickly and easily done so that all kinds of brushes and combs have given way to hairdryers, the hair iron, the curling iron, hair sprays, and other beauty stuff.

Among all hair styling equipment, the hairdryer is known as the most common and practical invention developed by humans. According to surveys, there is currently at least one hairdryer in more than 90% of American homes.

The hairdryer among other hair styling devices has specific importance and key function that perhaps this function has led to its widespread use by most people; the hot air from the hairdryer allows the hair to dry quickly after showering as fast as possible. Due to the difficulty of the hair drying process, especially in women and people with long hair, a hairdryer became a certainly valuable and necessary invention. But how was the hairdryer invented and how was it introduced into homes, hotels, hairdressers, and beauty salons?

When you hear the name of the hairdryer, you probably think of a very small electrical device that may produce in very small models suitable for travel. But do you know a series of technological improvements have taken place to make the hairdryers appear today?

Regardless of this evolution, the original idea for a hairdryer was come up by observing vacuum cleaners. In the late 19th century, the famous French hairdresser and inventor Alexandre-Ferdinand Godefroy thought of designing and building a hairdryer. The main function of this large device, called the "Séchoir" or "dryer", was to blow hot (or cold) air to accelerate the evaporation of water and to dry the hair. The invention contained a hat-like chamber that was attached to a flexible hose. Hot air reaches the chamber through the oven installed on the back of the device and was applied to the user's hair. Naturally, this large and bulky device was not portable and was used only in beauty salons. The size was considered as a limitation to commercialize the extensive Godfrey hairdryer as a home appliance available to the public.

Despite the transportation problems of this large device, Godfrey believed in the commercial potential of his invention. He registered his device in April 1888, and as a result, received a patent certificate, US 389803, issued in September of that year by the U.S. Patent and Trademark Office. 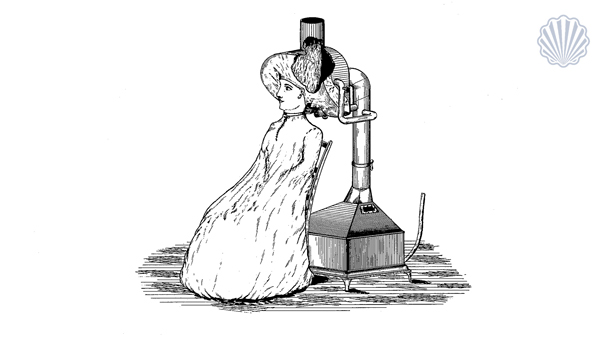 Although Godfrey's invention did not reach mass production, his idea of ​​drying hair by hot air pressure was widely welcomed by other inventors and innovators. In the following years, various devices in different dimensions and with unexpected designs were introduced to the market. Finally, in the 1920s, hand dryers with a heating component and a fan for hot air distribution were unveiled.

The first electric model of hand dryer was invented in 1926 by an engineer working for the Calor Company. Léon Thouillet called his invention the "hot and cold shower" device, which was first used for health care (applying heat to painful areas of the body and burning wounds). Interestingly, even in the development of later applications of this invention, items such as food unfreezing, bed heating and personal items such as shoes and socks, and even baby warming were considered earlier, and only after that, hair drying in the form of a special device and professional hair styling was introduced.

It should be emphasized that before the introduction of Leon Toilet's invention, a set of innovative ideas in the field of designing and manufacturing hand dryers was presented by various inventors, none of which led to the production of an operational and efficient hairdryer. One of these prototypes was Gabriel M Kazanjian, an American hairdresser, who invented the American patent in 1908. In June 1911, he received a patent certificate number "US 994259" from the US Patent and Trademark Office.

It seemed that a big step had been taken in the development and evolution of the hairdryer. But there was still a big problem: "The hair dryers, although portable, were still very heavy." Hairdryers made during this period were often made of metal and wooden handles. Their approximate weight was about one kilogram, and their constant use led to severe hand tiredness. Also keep in mind that, unlike the current 2000 watt hairdryers, the devices manufactured at the time had a very limited power of 100 watts, which made the hair drying process very time-consuming and deadly. On the other hand, the electrical connections of the hairdryers were not very safe and the resulting electric shock could lead to fatal accidents.

The combination of these limitations has led the efforts of innovators and technologists to focus, on the one hand, on increasing the power and improving the internal mechanisms of the hairdryer, and on the other hand, to redesign it for purpose of reducing weight. By the late 1950s, hair dryers were a major advance in improving efficiency and power, but in practice, the appearance of hairdryers did not change much.

Perhaps the second turning point in the development of hair dryers was the replacement of the plastic body in the models produced in the 1960s, which, in addition to greater safety, greatly reduced their weight.

Characteristics such as lightweight, device safety, heat insulation, affordable price, and the possibility of production in various shapes and colors, have greatly increased the popularity of hairdryers among families and this practical invention has become part of everyday life. The famous brand of light and safe hair dryers in the 1960s was Moulinex's Clémentine model, which was launched in very attractive orange color and was well received by users.