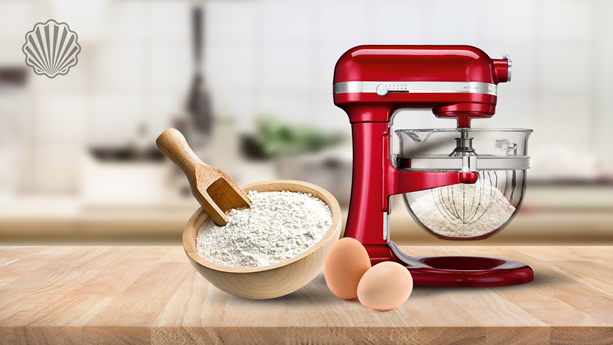 These days, there is a wide range of appliances and equipment in every home, either large or small,  while some of them are provided to prepare and cook food, optimal food storage, and other matters related to cooking and housekeeping. Each of these advanced devices, from microwaves, refrigerators, and stoves to graters, is the product of the ingenuity of one or more creative inventors who observed a potential problem or need, and the solutions have been found as a result. More interestingly, many of these technical innovations have been limited to the last century or two and did not actually exist before.

A considerable number of these interesting and practical inventions use electricity, and perhaps this is why they have been developed and commercialized in the last century. If you ask people what is the most attractive appliance invented so far, many people refer to refrigerators, freezers, microwaves, or dishwashers to answer the question. But with a little care, we see that there are other important electrical appliances such as juicers, rice cookers, and all kinds of electric and hand mixers.

One of the unique and common inventions among kitchen appliances is the type of mixer. Using small, slim arms built into it, the machine mixes food together and delivers a homogeneous mixture as output. It should be noted that the idea of ​​mixing or chopping food can be done for different purposes. For example, common blenders, commonly known as long, bulky fabrics, are often used to mix fruit pieces with liquids such as milk and to prepare beverages such as banana milk. Electric mixers, on the other hand, are responsible for grinding, mixing, and stirring food as different pieces of equipment. These devices, which are also produced in manual models, have more than a century old and are almost one of the oldest kitchen inventions.

According to studies, the first-hand mixer with rotating parts was invented in January 1856 by Ralph Collier. He filed his application under the title "Egg Stirrer" in the U.S. Patent and Trademark Office, which was patented as No. 16267 in the last days of December 1856. This innovation which is considered the first example of its kind attracted the attention of many inventors and inspired many innovations in the following years.

Exactly one year later, in May 1857, another inventor named E.P. Griffith in England patented another type of hand mixer that was useful for chopping and mixing small pieces of foods. Despite further advances in the 1860s and 1870s, the turning point in the development of the food mixer was the introduction of electric mixers. In 1885, the first electric motor stirrer was built by the American inventor Rufus Eastman. The idea of ​​using an electric motor greatly accelerated the process of mixing and blending food and, more importantly, increased the consistency and uniformity of the final composition. The patent was issued to Eastman on November 17, 1885, as US 330829, can be considered the first patent in the field of electric stirrers.

The next major advance was the design and manufacture of basic mixers for mixing and kneading bakery and sweetmeat pastes in 1908. Herbert Johnson, an engineer with the Hobart Manufacturing Company who was watching a baker trying to knead the dough, decided to design a special mixer to help with the process. The end result was the invention of the first base mixer with a high mixing power that could prepare bread dough without the intervention of a hand and using a rotating arm. This device was much-admired in the market.

Despite the successful commercialization of the Hobart mixer, known as the Model H in many bakeries and even US Navy ships, the limited size and weight of the device still made it unusable in personal kitchens. During this period, Hobart focused on the development and production of smaller home mixers.

In an interesting and creative move, prototypes of manufactured products were taken home by the company's senior executives. The purpose of this work was to receive feedback from wives and servants to improve the device and produce an efficient product. "I do not care what you call it, but it is the best Kitchen Aid I have ever used," one of the women who used the prototype reportedly told the company manager. I did". This is how one of the most important brands in the world in the field of kitchen appliances, was born in the name of "KitchenAid"!

Hobart introduced its first home mixer in 1919 under the same name. In the beginning, product design was a bit bulky, and due to the relatively low production volume, the price was high. House-to-house marketing and efforts to persuade housewives to use this mixer gradually overcame the problems, and the mixer practically became a common standard in American kitchens.

It should be noted that this mixer did not bear much resemblance to its current shiny and powerful equivalents, and this led to the hiring of a famous industrial designer named Egmont Ahren to transform the product. His innovative modifications, in addition to making the device lighter and smaller in size, reduced also the cost of the product.

In the years that followed, there was extreme competition for the development and design of electric stirrers, with Sunbeam snatching the lead from competitors with a device called the Mixmaster, the brainchild of innovative inventor Ivan Jepson.

In connection with the development and evolution of electric stirrers, we should also refer to a pioneering inventor named Lillian Moller Gilbreth. She was a mother of 12 children and a brilliant engineer in the field of ergonomics and innovative product design who, based on her personal life experiences, introduced two interesting ideas to facilitate kitchen work, especially for the disabled and the visually impaired. His first invention was to design a petal-shaped trash can to facilitate the opening of the door without the need for a hand.

Another invention was an efficient home electric mixer that was able to compete with some of the famous brands of the time. Gilbert is the first female member of the National Academy of Engineering and the designer of the Home and Kitchen Disability Efficiency Program.