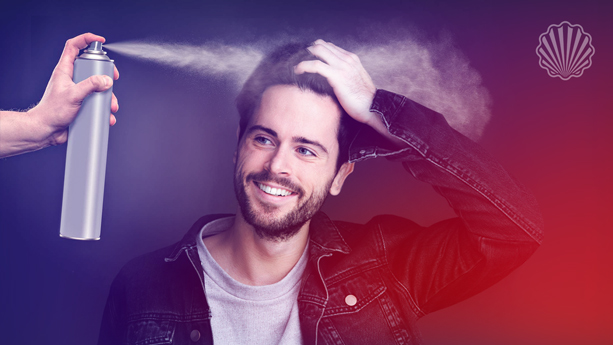 One of the most important human characters that set it apart from other creatures is the power of thought, which in combination with creativity and curiosity, leads to the occurrence of a unique set of innovative inventions.

A look at the history of human growth and development proves that each of these inventions solves one of the problems or addresses the needs of society in various sectors including economics, technology, culture while all somehow make life easier than before.

The transportation industry is considered a very good example in this field since it has advanced from horseback riding and the use of basic tools such as carts and boats to supersonic jets, electric cars, autonomous vehicles, and even commercial spacecraft.

It is true that examples such as airplanes, automobiles, and the Internet are popular symbols for inventors' creativity and the role of innovation in changing human lifestyles, but a key feature of innovation should not be overlooked: "It must solve a problem and address a requirement." Necessity is the mother of invention, no matter how large or cutting edge is; A hanger for hanging clothes, screws for attaching components or parts, or a hairbrush can also solve problems that needed to be addressed. Therefore, the history of human life is full of small and large inventions, each of which is considered important and vital in its own right.

Among the small and personal inventions, a number of them are related to the visual appearance of humans. Imagine yourself are going to go to a specific meeting. You may have to look in the mirror while you are getting ready and you want to make sure that your hair is tidy enough. Perhaps in the far past, the only tools available for styling hair were combs and brushes. But today, there are also a variety of sprays, gels, and hair conditioners that make it easy to look well-dressed and attractive. From this point of view, hair spray is a practical and common invention in today's modern world.

Although hair spray is a common product these days which I used by both men and women, this was not the case when it was first produced and marketed in the 1940s.

Studies show that since ancient times, women have been looking for their beauty, and in this way, styling hair is one of the simplest and at the same time the most important steps to create feminine attractiveness. They used natural compounds such as clay and plant gum to hold the hair in place. This trend continued until a major breakthrough in technology opened a new door to the cosmetics industry. The concept of aerosol spray, which worked using gas pressure, was introduced in the late eighteenth century and brought about great changes in many industries. The first application of this concept was in carbonated beverages in France in 1790. More than a century later, in the midst of World War II, a US government-sponsored project was designed to design and manufacture a portable spray against malaria and the use of pesticides over large areas. This project is a major milestone in aerosol spray technology.

The end result of this technological attempt was a small can of aerosols pressurized by fluorocarbon liquefied petroleum gas, developed by two agricultural researchers, Lyle David Goodhue and W. N. Sullivan. This unique design paved the way for later uses in products such as hair sprays, dyes, and coatings for industrial products. The years 1943 to 1948 can be called the official time of the invention and supply of hair sprays. At this time, the industry realized that aerosol sprays used in World War II in the production of more effective insecticides could also be used in fashion and beauty products. Patents filed in the field of hair conditioners show that in the 1940s, at the peak t of World War II, the attention of inventors and technologists to this field was increased. These patents include US 2305356 (registered April 1940) and US 2464281 (filed March 1945).

The first product on the market was the Chase Products Company spray in 1943, produced in Illinois, USA, by a Lebanese immigrant named Tanios Chakchay. Of course, an inventor named Robert Abplanalp was also instrumental in accelerating this process. In those years, the biggest problem with pressurized spray cans was the constant clogging of the outlet valve, which Abplanalp solved by inventing a kind of shut-off valve for distributing and spraying pressurized gases. He has filed several patents in this field, the most important of which is the patent number "US 2631814". The patent was filed in the U.S. Patent and Trademark Office (USPTO) in September 1949 and was certified in March 1953. Abplanalp was so confident in the commercial value of his invention that he patented it in many European countries, including Germany, the Netherlands, France, and the United Kingdom.

With the development of new models and their constant supply to the market, hair spray has become a popular product among women and then men. This growing demand led to the mass production of hair spray, and in fact, in 1964 (approximately 15 years after the initial invention of hair spray), this product became the best-selling beauty product. It is interesting to note that the rise of music stars and their influence in the fashion and clothing industry greatly affected the sale of hair spray. Therefore after such strange initial growth, due to the dominance of hippie hairstyles in the 1970s, which was mainly based on long and not tied up hair, hair spray became less popular. But in the 1980s, with the return of Punk Rock hairstyles, the popularity of hair spray also kept. Nowadays, hair sprays with relatively flexible formulas have received more attention, because there is a greater tendency for the hair to look natural, and hair sprays are actually used to help maintain the natural state of the hair and keep it tidy.

It should be noted that in the 1970s when chlorofluorocarbon (CFC) aerosols were found to damage the ozone layer, various countries began removing them. This did not stop the manufacturers of the fashion and beauty industry. Efforts were immediately made to find alternative methods. The production and release of the Alberto VO5 Hair Spray as a CFC-free aerosol in 1977 is the result of these efforts and a symbol of continued innovation in the hair spray industry.