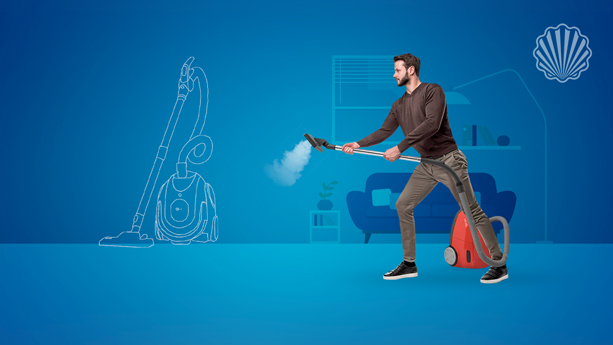 Tidiness is one of the most important priorities in human life since ancient times. This inborn appetite and its importance from the health perspective, has attracted the attention of inventors and has been the source of numerous inventions and innovations.

Various inventions are included in this domain such as soap and other cleaning agents, toothbrushes, and toothpaste. However, there are some inventions that are not limited to only personal hygiene and cover a wider range of applications. A good example of these kinds of inventions is the vacuum cleaner as a cleaning tool and quite common in all homes today!

The story of the vacuum cleaner invention could reflect a lot of efforts that have been made to create, develop, and evolution of the vacuum cleaner; many of them relied on previous achievements and using new ideas to improve them, have turned this great invention into its current situation which has a daily application in each home.

By definition, a vacuum cleaner is also known simply as a vacuum or a hoover is a device that causes suction in order to remove debris from floors, upholstery, draperies, and other surfaces.

The first attempts to provide a mechanical solution for cleaning surfaces are said to date back to the late 16th century. It is interesting to note that before the invention of the original vacuum cleaners and their widespread commercialization, carpets were mostly cleaned by hanging them on the wall and repeatedly tapping them to remove dust.

Although today we see all kinds of light and efficient vacuum cleaners which are marketed in the form of rechargeable, self-cleaning, etc., it took almost a century for the original idea of ​​mechanical cleaning devices to become modern vacuum cleaners.

One of the first mechanical floor cleaners was the invention of Daniel Hess, called the "carpet cleaner", which he designed in 1860. The device included a brush and a rotary blower to create suction. The key point of this device and other similar inventions (such as Ives McGuffie's invention in 1869) was the absence of any motor, or rather, the technology of creating an electric vacuum. Therefore, due to the lack of creating a vacuum, the cleaning process was a little more difficult.

One of the key points in the history of vacuum cleaner design and development was the invention of John Thurman. Thurman’s vacuum cleaner was powered by a gasoline engine, and some historians consider his invention as the world's first motorized vacuum cleaner. He filed his invention in the US Patent and Trademark Office in October 1899, which resulted in a patent number "US 634042". However, the Thurman vacuum was very large and, therefore, could only be moved using a horse.

Although Thurman's invention was not widely used, it led to the formation of new and interesting ideas. Perhaps the real turning point in the development of the vacuum cleaner came at a time when Hubert Cecil Booth visited Thurman's innovative machine and, as a result, came up with an inspiring idea. In 1901, Booth designed and invented a device that was the first vacuum cleaner to resemble modern models.

Hubert Booth was thrilled to see Thurman vacuum cleaner. The new ideas were so engrossing in his mind that in a restaurant, he put a handkerchief on a chair and began to suck air by placing his mouth on the handkerchief. When he picked up the handkerchief, he was confronted with a pile of dust that had accumulated on it, and he realized that the idea needed more work and effort.

The vacuum cleaner, developed by Hubert Booth, had an internal combustion engine and a piston pump that vented air after passing through a fabric filter. He registered his invention with the British Intellectual Property Office, and in June 1902, he was granted a patent number "GB 17433". The interesting thing is that this broom was also very large and needed a horse to move it! Since the device was difficult to enter into the house, it was installed outside the building and the suction pipes were inserted through the window and the surfaces were cleaned. These large dimensions and difficult relocation prevented widespread commercialization and were used only as a cleaning service in large buildings.

The next turning point was the invention of James Murray Spangler, which was introduced in 1907. He already had the experience of inventing a rake to collect fodder more easily in his portfolio.  Working as a janitor in a large store. Spangler came up with the idea of using mechanical vacuum cleaners to clean the floor of the store, and since he also had asthma, the idea of ​​making a portable vacuum cleaner came to his mind. His creative design included a rotating brush, an electric fan, a storage box, and a bag to collect the absorbed dust. Spengler is said to have used one of his wife's pillows as a dust bag in his prototype! 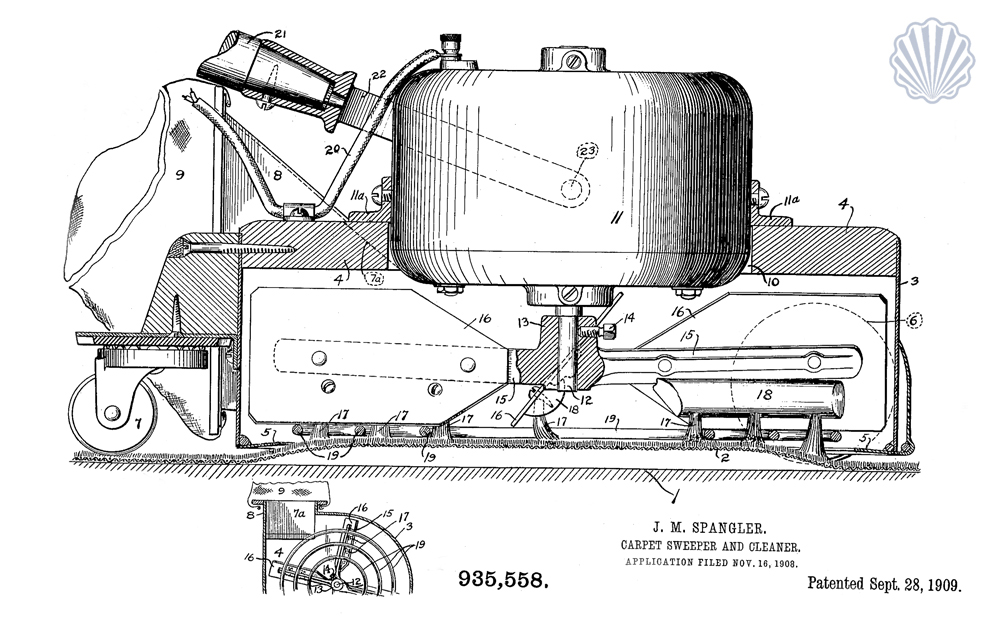 Spengler's big problem was the financial limits on developing the idea and mass-producing it. Attempts to attract investors and help produce brooms were not successful until his cousin accidentally saw the invention.

Susan Hoover was married to an American businessman and entrepreneur named William Hoover, and since he was always looking for a new business opportunity, as soon as she learned of Spangler's new idea, he purchased the whole invention, including the patent (US 935558) and bought his established small company. As the new head of the company, Hoover changed its name to "Hoover Company" and began to produce and market the product.

Perhaps this family relationship and the resulting transaction can be considered the most important turning point in the story of the development and evolution of the vacuum cleaner! To better understand, keep in mind that the company has been so successful in its work that many sources now know the vacuum cleaner as the Hoover vacuum cleaner or briefly as “Hoover”.

Interestingly, Hoover has also had its own innovations in the vacuum cleaner industry, including the installation of a steel box for better protection of the device, the optimal design of fittings and pipes, the addition of filters to dust collection bags, as well as invention the vertical vacuum cleaner in 1926.

It should be noted that until the years after World War II, the vacuum cleaner was considered a relatively luxurious and special device for rich people. since then, by reducing production costs and cost-effectiveness on the one hand and public awareness of the benefits and advantages of this key invention, on the other  hand, the middle-class vacuum was introduced to the market

Today, vacuum cleaners are offered in various models and by different companies. Perhaps one of the most important innovations in the new vacuum cleaners is the automatic and robotic vacuum cleaners that move around the house and clean everywhere without the need for user control.